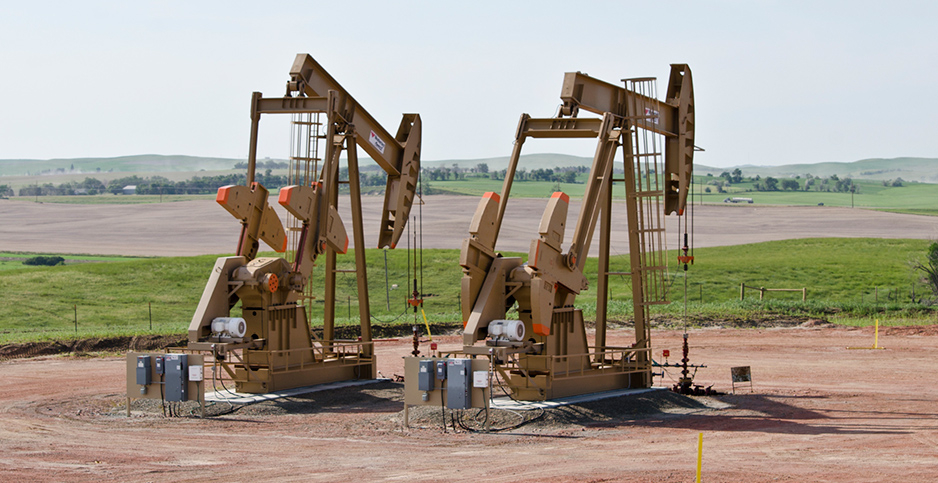 The United States was responsible for the largest growth in oil demand in 2018, the International Energy Agency found. Wells in North Dakota are seen here. Tim Evanson/Flickr

The 33.1 gigatons of energy-related carbon dioxide reported in 2018 represents a 1.7 percent increase over the previous year. It also means emissions have risen in each of the first two full years since the signing of the Paris climate agreement, leaving the world far short of the 26 to 28 percent cut in emissions targeted by 2025.

"We see that there is a growing disconnect between those calls and what is happening in the real markets," IEA Executive Director Fatih Birol said in a call announcing the findings. "Once again, we have a major increase in global CO2 emissions, which brings us further to reach the climate targets which were established by several countries internationally."

Surging energy consumption fueled by strong economic growth in the United States and Asia was the primary cause of the emissions spike, the agency said. Global energy consumption was up 2.3 percent in 2018, roughly double the average annual growth rate since 2010. Fossil fuels met almost 70 percent of the new demand for the second year running, with demand for natural gas especially strong.

Global natural gas consumption was up 4.6 percent, while oil rose 1.3 percent and coal increased 0.7 percent. China, India and the United States accounted for 70 percent of all energy demand and 85 percent of the net increase in emissions, IEA reported.

Robert Jackson, a professor who tracks energy and climate policy at Stanford University, said the findings reflect the confluence of several long-term trends that could prod emissions even higher in the future.

While coal use is declining in the United States and Europe, coal consumption is increasing in Asia, where governments have turned to the fuel to power economic development efforts. Strong economic growth in India saw coal consumption increase by roughly 5 percent, while coal generation was up 5.3 percent in China, according to IEA figures.

At the same time, growing oil and natural gas use in the United States has offset emissions reductions associated with coal’s decline in America, Jackson said.

There were some positives in the report for climate hawks, said Nathan Hultman, director of the University of Maryland’s Center for Global Sustainability and a former Obama administration official. Solar deployment increased by more than 30 percent on the year, while wind was up 12 percent. Improvements in energy efficiency rates fell from 1.9 percent in 2018 to 1.3 percent in 2018, the fourth consecutive year of decline, but still were the largest source of global carbon abatement.

The problem is those gains were offset by growing demand for fossil fuels, he said.

"You have the solutions at hand," Hultman said. "They need to be deployed more quickly, and this is what happens when you don’t."

In the United States, natural gas demand spiked 10 percent, or by 10 billion cubic meters, an increase roughly equivalent to the gas consumption of the United Kingdom. That spike was complemented by strong demand for oil, especially from the petrochemical sector. American oil demand was up by 540,000 barrels per day in 2018, the largest increase in the world. That resulted in a 3.1 percent increase in U.S. carbon emissions.

Kelly Sims Gallagher, a former Obama administration official who now teaches energy and environmental policy at the Fletcher School at Tufts University, said the increase in American emissions points to a lack of policy focus in the United States, where President Trump has prioritized a rollback of his predecessor’s environmental policies. Rising emissions in the United States will only make achieving the goals of the Paris Agreement more difficult, she said.

"The U.S. stepping off the track is not only a problem to its share of global emissions, but to also because of the signal it sends to other countries that it is OK for them to also step off the track," Gallagher said.