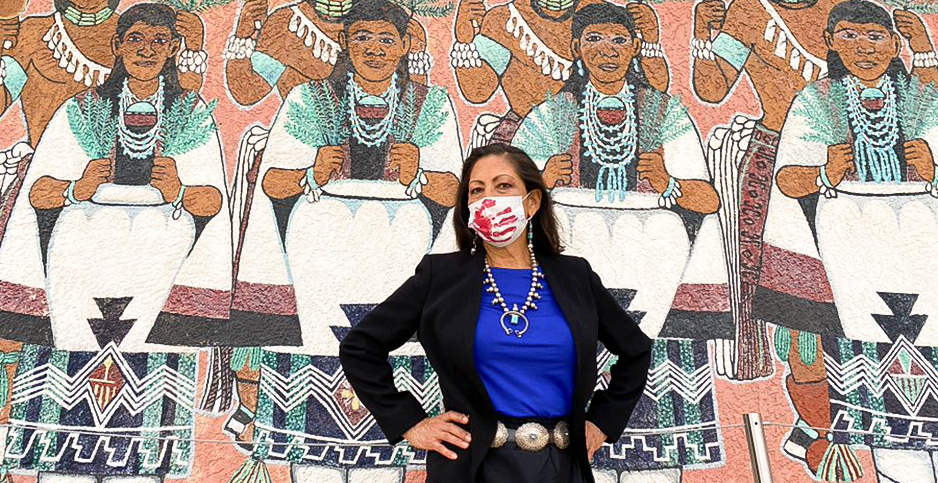 Bureau of Indian Affairs detention centers are understaffed and overcrowded, while the percentage of American Indian and Alaska Natives living in poverty in 2017 was estimated to be 26.8% compared with 14.6% for the nation as a whole.

"There’s no doubt that living up to its responsibilities to Native Americans has been one of the department’s major management challenges for years," Interior Inspector General Mark Lee Greenblatt told E&E News today. "Overseeing the department’s activities in Indian Country has been, and continues to be, a key priority for my office."

As one example of an issue Haaland would inherit as Interior secretary, Greenblatt noted his new initiative to "attack fraud, waste and mismanagement within [BIE] school programs" to ensure that Interior funding is used effectively and efficiently.

"The heart of this work is to protect the most vulnerable population in our portfolio: Native American children," Greenblatt said.

American Indians and Alaska Natives attend postsecondary schools at a rate of 17%, compared with a 60% rate across the overall U.S. population, according to the National Congress of American Indians.

Not least, Haaland’s politically tuned in allies say, will be the bureaucratic challenge of raising the profile of the Interior entities that include the Bureau of Indian Affairs and Bureau of Indian Education.

"I really believe that the trust responsibility does not have the status within Interior as an important function," said Rep. Raúl Grijalva (D-Ariz.). "I’d like to see all the agencies [with] trust responsibilities for Indigenous people and tribes be elevated to a point where that’s considered essential work for the agency."

"The lobbyist from Exxon Oil is going to have to sit with the chairman of a particular tribe if it’s going to affect their lives, and I think that’s only fair," Grijalva said.

An avowedly progressive lawmaker, the 60-year-old Haaland is a member of the Laguna Pueblo tribe. Her House biography notes that she "became the first Chairwoman elected to the Laguna Development Corporation Board of Directors, overseeing business operations of the second largest tribal gaming enterprise in New Mexico."

Nikki Pitre, executive director of the Center for Native American Youth, said her nomination means "a new path forward between the United States’ government and Indigenous communities," in addition to benefits from Haaland’s personal attributes.

"Native youth look to her as more than a role model, but as an aunty, because we trust her and are continually inspired by her leadership," Pitre said.