Haaland back on the Hill to defend budget, drilling plans 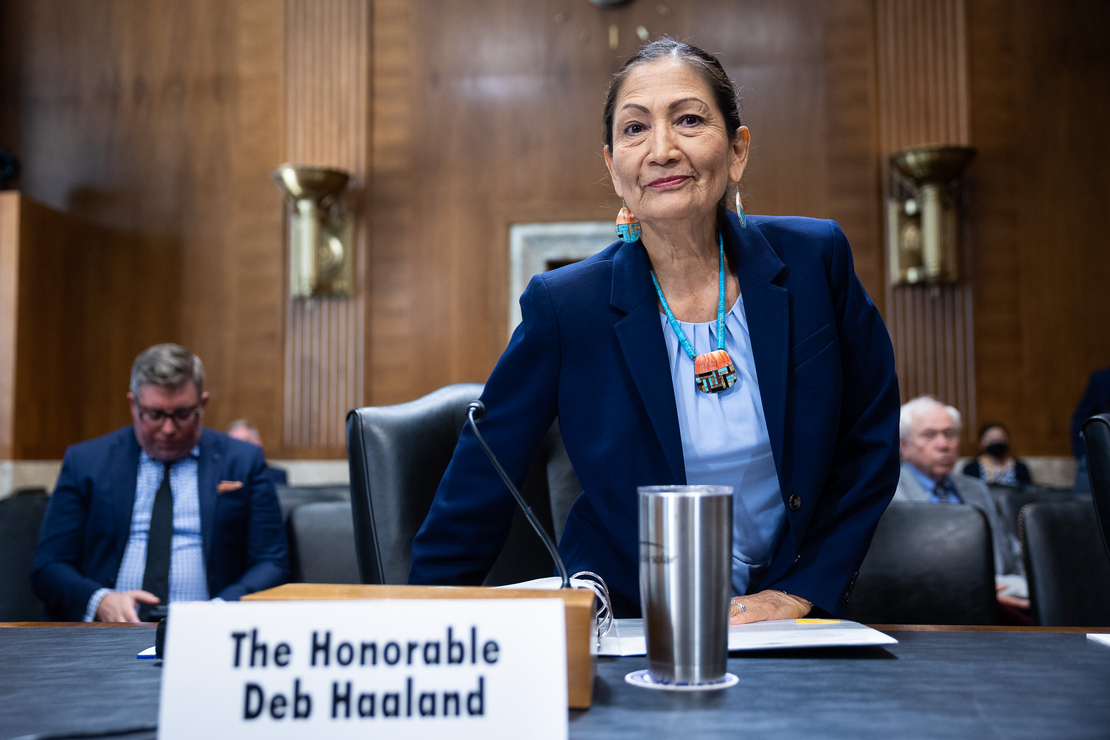 Lawmakers get another crack at Interior Secretary Deb Haaland this week, with pointed questions already stacked up on a host of issues, including Alaska lands, oil and gas leasing, and endangered species protections.

The Wednesday morning hearing before the Senate Interior and Environment Appropriations Subcommittee is ostensibly focused on the Interior Department’s fiscal 2023 budget request. The questions, though, typically go far afield at budget hearings; this week’s session is a makeup for one that was postponed earlier this year.

The intervening weeks have given members of the subcommittee and staff new material to work with. The average U.S. gasoline price of $4.71 per gallon, for instance, is 20 cents lower than a month ago but still well above the $3.14-per-gallon average a year ago.

“It really comes down to basic supply and demand,” Sen. Lisa Murkowski (R-Alaska) said in late May. “The Biden administration needs to reverse its anti-supply actions, it needs to take its bad ideas off the table, it needs to restart approving crucial projects that deliver greater supply.”

Murkowski is the top Republican on the Appropriations subcommittee.

Her GOP colleague, Sen. Shelley Moore Capito of West Virginia, is likewise one to bring the heat on energy questions.

Panel Chair Jeff Merkley (D-Ore.) has, among other recent priorities, worked closely with Interior on new monarch butterfly protection efforts for which some elaboration may be in order.

Interior has announced it is establishing a new Center for Pollinator Conservation but has yet to provide many budgetary or staffing details (Greenwire, June 22).

Haaland’s appearance before the Senate panel follows her earlier showing before the comparable House Appropriations subcommittee, where she stressed some energy-related actions the administration has taken.

“We took steps to accelerate the development of renewable energy on public lands and waters,” Haaland told the House panel, adding in response to Republican concerns that “there is no ban” on oil and gas leasing operations.

The House Appropriations Committee in June approved a $16.6 billion Interior funding package. Though far less than the $18.1 billion President Joe Biden requested in his fiscal 2023 budget, most of the department’s bureaus would see more money under the House proposal.