Haaland: Interior will ‘restore the effectiveness’ of BLM HQ 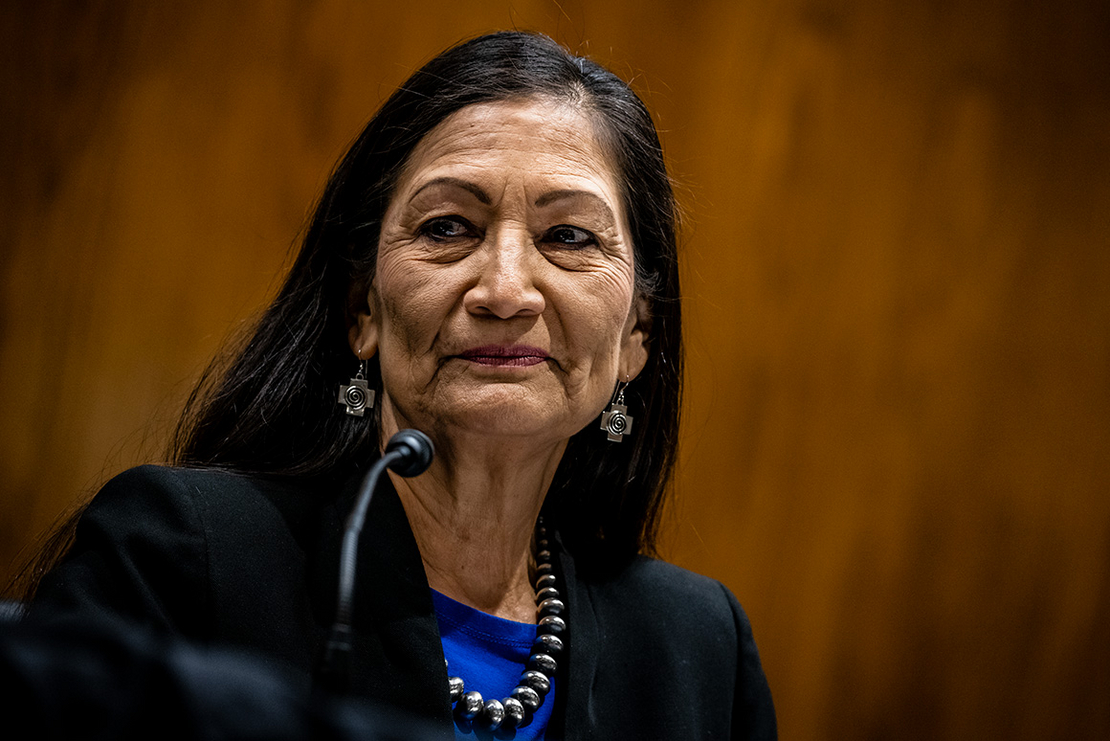 Interior Secretary Deb Haaland told staffers at the Bureau of Land Management’s headquarters today that the agency is working to determine how best to “heal the damage that has been done” by the Trump-era relocation to Grand Junction, Colo., but that a final decision has yet to be made.

Still, Haaland sure sounded like she’s leaning toward moving at least some senior BLM staffers back to Washington, D.C., during an online listening session today with headquarters staffers.

Haaland, who is in Grand Junction and is expected to visit the headquarters office later today and meet with local government officials who would like the headquarters to stay in Colorado, noted that only 41 staffers out of the 328 positions directed last year to move to Grand Junction or other state offices elected to do so. A total of 287 employees, or 87%, retired or left BLM for other positions within the Interior Department, “leading to a loss of institutional memory and talent that will take years to replace.”

Haaland asked employees to give her the “unvarnished truth” about the move and how it affected them personally and their job functions.

On that score, employees expressed mixed reactions to the move.

Many employees agreed the that relocation was traumatic for their families, and they bemoaned the loss of many senior officials who did not move.

One employee based in Washington during the move described it as “one of the most devastating experiences I’ve ever been through to see the anger and fear and loss involved.”

She added: “It was shameful and very sad.”

Another employee who chose to relocate described the experience as the “most traumatic experience my family has ever had to experience.”

A different D.C.-based employee reassigned to Colorado urged a move back to Washington, saying it “would start to repair the damage, that organizational damage.”

But others urged caution.

One former Washington-based staffer said the move has worked out for him. He urged Interior to “not assume staff that moved are unhappy.”

“I definitely recognize the hardship that many went through” in the move, the employee said. But he added, “The move actually was a good thing for some people.”

Moving back to Washington now, he said, would be “doubly difficult” for him.

Another employee echoed that sentiment, saying he would probably lose staffers if headquarters were shifted back.

Other staffers urged BLM to take “a flexible approach” that would include allowing employees out West to stay there and work remotely.

The online listening session with Haaland, and her visit today to the new headquarters, is just the latest development in Interior’s ongoing review into the fate of the Colorado headquarters and the dozens of other employees who were transferred to BLM state offices across the West. The move to Grand Junction was completed last year.

The Trump administration argued that moving BLM’s headquarters out West would improve the bureau’s operations, placing most of its senior leaders closer to the 245 million acres it manages.

Nada Culver, BLM’s deputy director of policy and programs, told employees at an online all-staff town hall in April that the headquarters decision “is the big question” facing the bureau (Greenwire, April 14).

In the months since, the Interior Department has continued an internal review, most recently with a major staffwide survey.

During another online town hall last month, this time with headquarters staff, Culver admitted she had little new information to tell, but vowed to keep employees in the loop on the headquarters decision. She also expressed optimism that more details would be forthcoming soon (E&E News PM, June 23).

Culver told staffers during today’s online listening session that she sympathized with those employees forced to move.

Culver said she did not realize how “disruptive” the move was for the bureau until she joined BLM in March. In the months since then, she said, she has come to realize “how damaging and traumatic it has been for hundreds of employees and their families.”

But, like the employees who urged flexibility if a move back to D.C. is made, Culver vowed that Interior leadership would not “arbitrarily” make changes without considering how they would affect the functions of the headquarters office.

“This is not going to be an easy knot to untangle, but together, I am confident we can figure out a path forward,” she said.