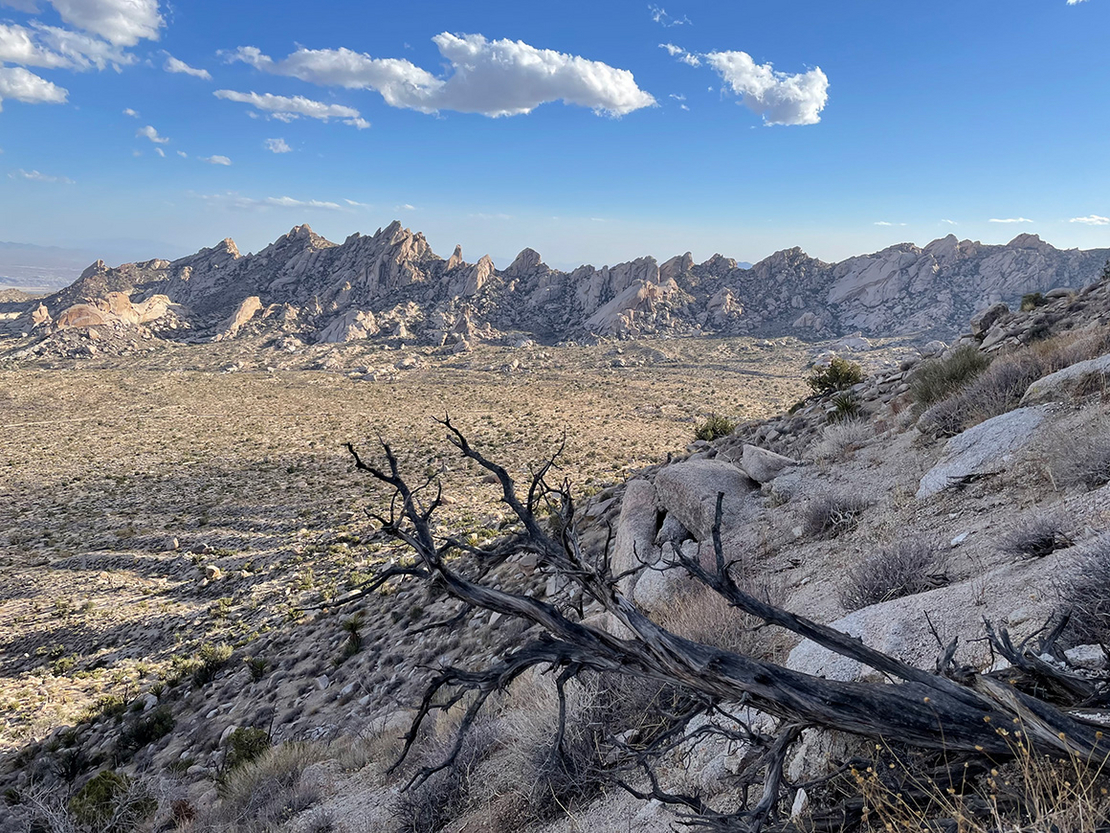 Interior Secretary Deb Haaland today visited public lands in the Mojave Desert that advocates are pushing the Biden administration to designate as a national monument.

Haaland — along with cadre of top officials including Nevada Rep. Susie Lee (D), Deputy Assistant Secretary for Land and Minerals Laura Daniel-Davis, and Bureau of Land Management Nevada State Director Jon Raby — met with members of the Fort Mojave Tribal Council, who have called for a new monument honoring the “place of origin” for 10 Yuman-speaking tribes (Greenwire, Oct. 19, 2021).

The site is known as Avi Kwa Ame (pronounced Ah-VEE kwa-meh), the Mojave name for Spirit Mountain and its surrounding lands.

Although the National Park Service added Spirit Mountain to the National Register of Historic Places in 1999, as a traditional cultural property, proponents of the monument assert that designation alone falls short in protecting the larger area, some 380,000 acres or more.

An Interior spokesperson declined to answer questions about whether Haaland supports a new national monument on the site or if she has made any recommendations to President Biden.

“During the visit, the group witnessed the rich biological diversity from the region, including some of the largest Joshua Trees in Nevada. The public lands also provide a wide variety of recreational experiences to the public, including hiking and birding,” the Interior Department said in a news release detailing the trip.

Under the Antiquities Act of 1906, presidents may set aside existing public lands as monuments to protect areas of cultural, historic and scientific interest.

Although Biden redesignated the Bears Ears and Grand Staircase-Escalante national monuments — undoing cuts made by his predecessor, a move that remains under dispute in federal court — he has yet to declare any entirely new sites, something that conservation advocates have pressed him to do (Greenwire, Aug. 23).

Nevada lawmakers including Lee and Rep. Dina Titus (D), have urged Haaland and the White House to designate the lands as a monument (E&E Daily, Jan. 14).