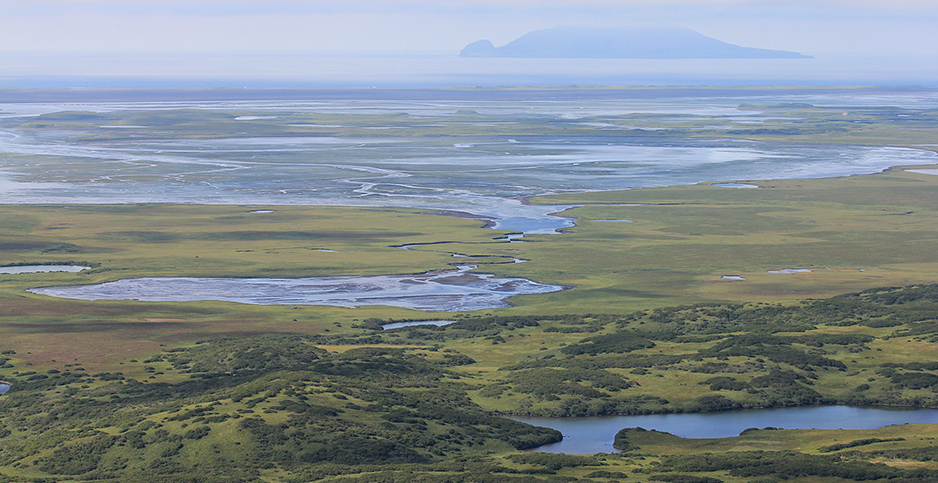 The Biden administration pressed an appellate court panel yesterday to support a Trump-era land exchange that could lead to the eventual construction of a controversial road through Alaska’s Izembek National Wildlife Refuge.

But that effort bogged down after Judge Kim McLane Wardlaw, who oversaw the 9th U.S. Circuit Court of Appeals hearing, interrupted a Justice Department attorney with questions about Interior Secretary Deb Haaland’s planned visit to the wildlife refuge next month — and the possibility she may decide on her own to reject the land exchange, thus ending the appeal.

Wardlaw asked DOJ Attorney Michael Gray to explain whether the Interior Department is serious about its appeal of a federal judge’s order last year rejecting a 2019 land exchange approved by then-Interior Secretary David Bernhardt that could clear the way for the road project.

Wardlaw noted that Haaland has been vague about her views on the land exchange and possible road, and whether she plans to take administrative action separate from the court case.

“Obviously there’s been a change in administrations and all, but you would think that the secretary would be taking a position in front of us as to whether or not this road is going forward … rather than waste judicial resources on this hearing,” said Wardlaw, a Clinton appointee.

“We’ve already spent hours on this particular case,” she continued. “It does seem like a tremendous ask of the judiciary to go forward with all this work and effort while the secretary is making up her mind what position she wants to take.”

“If we don’t issue a decision tomorrow, if we take a longer period of time in writing an opinion that says Secretary Bernhardt’s decision either was or was not lawful, I guess the concern is … that one morning we could learn that Secretary Haaland has reached a different decision and this case is moot,” said Miller, a Trump appointee.

Supporters have said for years that the gravel road is needed to allow the residents of the remote town of King Cove access to an all-weather airport in nearby Cold Bay, where residents in need of emergency medical help can be transported to hospitals as far away as Anchorage. The land swap would trade property owned by King Cove Corp., an Alaska Native corporation, for acreage within the wildlife refuge.

But environmental groups oppose the road, saying it would disturb important habitat for migratory birds like the emperor goose and black brant.

Gray scrambled to assure the three-judge panel that while Haaland could ultimately decide the fate of the land swap, Haaland and the Interior Department are sincere about the appeal.

“We do have an authorized position of the United States in this appeal that has not been taken back in any way,” Gray said.

He also said they are sincere about keeping the court informed.

That why DOJ last month sent a letter to the court that discussed plans for Haaland’s visit, Gray said. They reasoned that the visit will generate a lot of press coverage “and we just thought best in the spirit of candor to make sure we inform the panel that this was going on so there wouldn’t be questions about it. But I understand the concern.”

As for Haaland’s motives, he said she is conducting a review of the situation like other secretaries before her, “and that’s really all I have. I don’t really want to speculate on her mind anymore than that.”

Gray eventually was able to argue the legal merits of why the Biden administration is appealing last year’s ruling by Judge John Sedwick of the U.S. District Court for the District of Alaska that threw out the land exchange (Greenwire, June 2, 2020).

The judge also rejected Bernhardt’s reasoning for entering into the land exchange agreement, determining Bernhardt did not adequately justify overturning the Obama administration’s 2013 decision that the road would harm one of the most ecologically important sections of the wildlife refuge.

While many assumed that President Biden’s Interior Department would drop the Trump-era appeal, the Justice Department instead filed a brief in support (E&E News PM, March 8).

Gray largely followed the same line of reasoning in the hearing as in that legal brief last spring, arguing that Sedwick erred in tossing the land-swap agreement to allow a road through the 300,000-acre refuge, located in the Aleutian Islands between the Bering Sea and the Gulf of Alaska, roughly 600 miles southwest of Anchorage.

Gray told the appeals panel that the residents of King Cove “often face a perilous journey” to the Cold Bay airport during emergencies, and that the road through Izembek “would make the journey less difficult.”

Bridget Psarianos, an attorney for Trustees for Alaska, which filed the original lawsuit in 2019 challenging the land exchange on behalf of a coalition of nine environmental groups, argued that Bernhardt’s land swap decision clearly violated mandates in a section of ANILCA governing roads in a wildlife refuge. And she dismissed the argument that the land swap advances “ANILCA’s purposes,” which in the case of Izembek are largely conservation related.

“The district court was correct that the exchange agreement to trade land to allow for a road was unlawful because Izembek is a wildlife refuge and a designated wilderness,” Psarianos said.

Meanwhile, the Fish and Wildlife Service is considering two special-use permits to allow the state of Alaska to conduct contracted survey work inside the Izembek refuge for the potential road.

The survey work, which was on track to begin this month, hit a snag after Interior rescinded a controversial memorandum — issued by Bernhardt in the closing days of the Trump presidency — that argued federal law mandates the agency approve a road through the refuge because King Cove is a federal “inholding,” surrounded by the refuge (Greenwire, March 19).

But King Cove is 21 miles south of the Izembek refuge, and after a lengthy review by Interior’s Office of the Solicitor, the agency last month rescinded Bernhardt’s Jan. 15 memo.

FWS, which manages the refuge, is still processing the special-use permits needed to conduct a wetlands delineation survey, and a separate cultural resource survey — each one is expected to take about two weeks. The surveys inside the refuge are needed if the state is eventually allowed to file a right of way application for the road.

FWS is working to process the special-use permits “in a manner that is consistent with past practices,” the Interior Department said in an emailed statement. “The goal is to complete the process in time for the state’s cultural survey work and wetland delineation to take place this field season,” it added.

But the prolonged permitting process has raised concerns that survey crews may not be able to complete their work by September, before the weather turns too cold.

This, in turn, angered Alaska Sen. Lisa Murkowski (R), who let her frustrations be known to Haaland during a Senate Energy and Natural Resources budget hearing last week.

“We’ve got a situation here where up until just literally days ago, maybe a week and a half ago, your department was working with the state, they were working with us for six months to shepherd these permits, and not once was there any indication, any indication that these permits would not be issued, or that there was a problem for the basis of the permits, and that the process was effectively going to need to be changed,” Murkowski told Haaland.

Murkowski added: “Really what I need from you is, I need a commitment that these permits are going to be issued; they’re going to be issued … in the next two weeks, and that the state be allowed to complete their survey work during this field season, as everybody had anticipated would be done.”