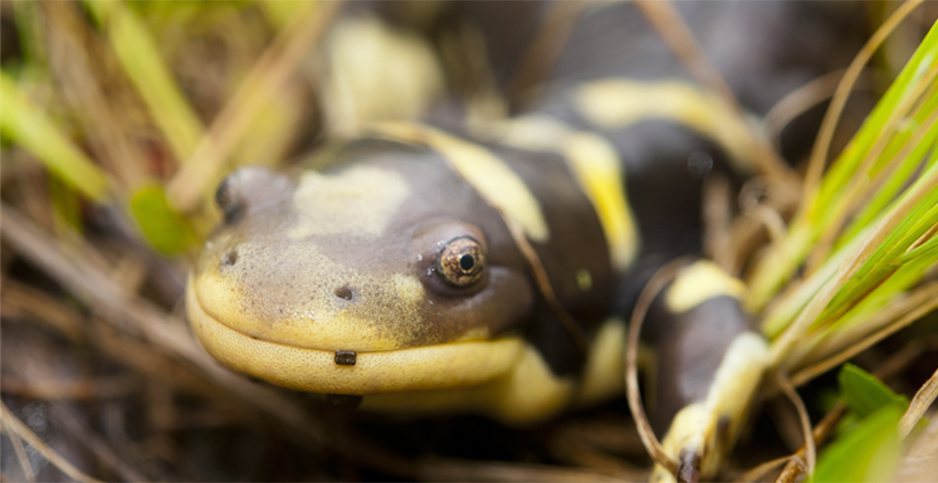 About 1 million species worldwide are at risk of extinction in coming decades, a U.N. panel warns in a report released today.

The Intergovernmental Science-Policy Platform on Biodiversity and Ecosystem Services, or IPBES, spent weeks preparing the report in closed-door deliberations in Paris. It’s the first such assessment by the group since 2005.

"Now is the time to bring attention to how we handle the risk of a large-scale systemic failure if all mitigation efforts fall flat and sustainable goals are not met in time," David Korowicz, the nonprofit Geneva Global Initiative’s director for risk and response, said in a statement.

The report paints a dark picture of species decline and accelerating extinctions, with the authors urging all levels of government to get involved in turning the situation around.

Environmental protection has improved, "but not sufficiently to stem the direct and indirect drivers of nature deterioration," the lead authors write in the report summary.

The panel concludes that the greatest threat to species survival is land-use change — notably, the spread of agriculture and urban sprawl — and disruption of marine environments. Scientists involved in the report conclude that more than 85% of the world’s wetland habitat has been lost to development or agriculture.

Pressure on oceans is also rising, as some 66% of the world’s oceans are now "experiencing increased cumulative impacts," such as the loss of about half the world’s living coral. The report points to overfishing and marine plastic waste as two problems that have only grown much worse since 2005.

The assessment report comes on the heels of meetings last year to commemorate the 25th anniversary of the U.N. Convention on Biological Diversity (CBD), one of the major outcomes of the famous 1992 Earth Summit in Rio de Janeiro. Parties to the convention gathered in Egypt last November to measure their progress in achieving the self-imposed 2020 Aichi Biodiversity Targets (Greenwire, Nov. 29, 2018).

Today’s report warns that nations’ current efforts are failing to stem the destruction of plants and animals from human population expansion and economic activity. Some of the Aichi targets may be met in time, experts say, but governments will likely fail to achieve the majority of them, according to the new assessment.

Given the inadequacy of CBD-related actions, "it is therefore likely that most of the Aichi Biodiversity Targets for 2020 will be missed," the report says.

The panel believes some limited progress is possible.

These areas are presumably being set aside primarily for the use and benefit of wild plants and animals, with exploitation either completely banned or severely restricted. However, the researchers worry that protected area designations won’t necessary lead to protections being implemented where the need is greatest or where the threat of human encroachment is most acute.

"They only partly cover important sites for biodiversity and are not yet fully ecologically representative and effectively or equitably managed," the report says.

The panel’s conclusion that habitat loss is the strongest driver in species’ population declines reinforces conclusions made in a separate study published late last year.

The joint Australian-Canadian effort announced it had uncovered conclusive evidence that human encroachment on animal habitat is the single greatest threat to animal survival, overwhelming all other potential factors (Greenwire, Nov. 9, 2018).

The report released today goes further and warns that the current pace of species population loss and extinctions is "unprecedented in human history" and will have negative implications for human well-being unless strong actions are taken to reverse trends.

"This report must represent a line in the sand for humanity," said Euan Ritchie, a director at the Ecological Society of Australia and wildlife ecology professor at Deakin University, in an emailed response.

"It shows we are failing badly to conserve life on Earth, and this places human survival at genuine risk too."