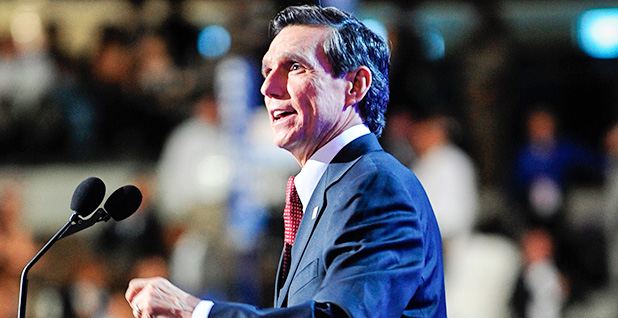 The steady stream of leaked emails allegedly stolen from Hillary Clinton’s campaign chairman and a longtime Democratic insider has proved embarrassing for Podesta and some of his allies, who thought they were engaging in confidential conversations. Experts say it’s unlikely the leaks will have long-term political consequences, representing the kind of talk that’s commonplace among political operatives — particularly those running a tense presidential campaign.

Take Federico Peña, for example, who served as Energy secretary and Transportation secretary during Bill Clinton’s administration. He was the subject of an August 2015 email from Podesta that referred to "Needy Latinos."

The email mentioned some details about Peña’s personal life, like a "messy divorce," and said Peña was thinking about committing to Clinton’s presidential campaign but was "carrying some baggage."

Podesta hasn’t publicly commented on the authenticity of the hacked emails and has accused the Russians of illegally hacking his email account in an attempt to sway the presidential election.

Peña, too, said he’s worried about the "Russian hacks" and the barrage of Podesta’s emails being taken out of context.

The email about him left "the reader with the impression that an insult has been lodged," he said. The baggage that Podesta was referring to, he said, was that Peña had supported Obama’s presidential bid in 2008, and many people supporting Clinton at the time "were very upset with me. … That’s the baggage that John was referring to in the email."

He contributed financially to the campaign encouraging Clinton to run for president even before she announced her candidacy, he said. He’s since funded and supported her campaign. "I’m all in." He added, "Whatever was interpreted in that email which came out in 2015 has no bearing on what I’m doing today."

Still, he acknowledged that the tone of the email and the "Needy Latinos" comment "doesn’t read too nicely." The average reader and his friends who read it interpreted it "as an insult," he said. "I did not."

"For someone like me who understands political speak and when you’re involved in campaigns, this is a very typical term," he said of the word "needy."

Peña expects that other people are probably also having similar conversations with Podesta lately, and there’s "probably some mild discomfort on the part of some people who were the subjects of these emails."

Unfortunately, he said, "that’s what happens when you get hacked by the Russians."

Another Democratic ally of Podesta’s, California billionaire megadonor Tom Steyer, also appears to have mended fences with Podesta despite a testy email exchange over a New York Times article that ran last year.

An email surfaced last week in which Podesta told Steyer, "I am deep in the middle of dealing with getting fucked by the NYT, but I didn’t expect to get fucked by you in the NYT."

"News is when man bites dog. This story isn’t even dog bites man. It’s dog eats dog food," said Dan Weiss, a longtime environmentalist who was Podesta’s colleague at the Center for American Progress. "Part of the interest in John’s emails is due to the 60-second news cycle, with reporters that must file content every few minutes. The emails would have been much less interesting when the news cycle was longer."

Weiss said people will probably find "some embarrassing comments or gossip that they wrote to John. If I wrote something similar, I would write a quick apology note to the person who was the subject, and that should be the end of it." He added, "I don’t think embarrassing emails will cause much long-term or even short-term harm unless they were really nasty."

The political significance of the hacking is getting lost in the media’s attention on the content of the emails, said Paul Bledsoe, who worked in the White House and the Interior Department during the Clinton administration.

"This is an incursion by the Russian government into our election, and everybody is treating it as some normal WikiLeaks release," Bledsoe said. "It’s completely catnip, it’s just amoral catnip."

Ultimately, Bledsoe said he doesn’t think the emails will do much political damage for Podesta or Democrats.

"I don’t think it’ll hurt his reputation one bit," Bledsoe said. "As a matter of fact, it will show how forthright and squeaky-clean the whole campaign is."

These are emails "that do not fall under any sort of disclosure law where people have the belief that they have privacy," said a former Obama administration official. "It’s very hard to blame the senders of the emails for the contents that might be embarrassing."