Half of U.S. waters don’t meet law’s base standards: report 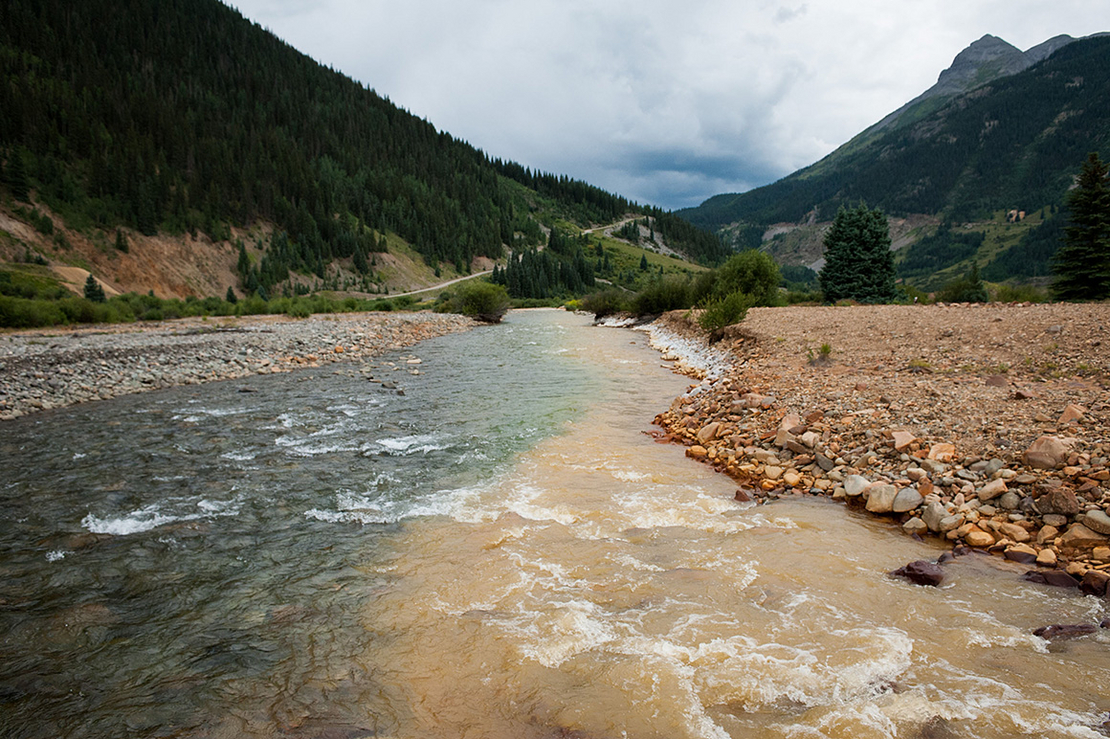 Cement Creek, which was flooded with millions of gallons of mining wastewater, was pictured on August 11, 2015, where it meets with the Animas River in Silverton, Colo. Theo Stroomer/Getty Images

A lack of federal enforcement, outdated pollution standards and chronic budget cuts have kept EPA and states from reaching ambitious goals under the Clean Water Act for cleaning up U.S. waterways five decades after the landmark law was enacted, according to a new report.

Despite EPA’s vow to ensure “fishable, swimmable” waters across the nation by 1983 and eliminate pollution flowing into navigable waters by 1985, an analysis of recent data released today shows the agency has not met those Clean Water Act obligations.

“Today, almost four decades after the Clean Water Act’s deadline for ‘fishable and swimmable’ waters across the U.S., 50 percent of assessed river and stream miles across the U.S. — more than 700,000 miles of waterways — remain impaired with pollution, as well as 55 percent of lake acres and 25 percent of estuary miles,” wrote authors from the Environmental Integrity Project, a nonprofit launched by former EPA attorneys in 2002.

An EPA spokesperson said the agency is aware of and reviewing the report.

Overall, the report shows that more than half the nation’s lake acres that have been studied in recent years and 25 percent of the assessed bays and estuaries are impaired, meaning they cannot be used safely for one or more public uses, including swimming, fishing or as a source of drinking water.

Indiana, according to the analysis, has the most impaired river and stream miles out of all states, followed closely by Oregon, South Carolina, Michigan and California.

But authors of the study also warned that key data is missing from states where funding for environmental monitoring has been slashed in recent years.

“The true extent of the nation’s water pollution is unknown because few states monitor all their waterways,” they wrote. “Due to limited funding and budget cuts, many state environmental agencies do not have the staff to test all their waters within mandated time periods — usually between six and 10 years, depending on state rules.”

Exactly what’s plaguing the nation’s waterways ranges from toxins and runoff to warming weather, authors told reporters during a call today. Eric Schaeffer, EIP’s executive director and former director of civil enforcement at EPA, said climate change is a major factor in states like Oregon where a number of streams are impaired because they’ve gotten too warm, while states like Indiana are facing a deluge of agricultural and industrial runoff but also took a closer look than other states at waterways there.

EIP laid out seven recommendations for boosting the effectiveness of the Clean Water Act both at EPA and on Capitol Hill.

Schaeffer said EPA and states need better tools to enforce the Clean Water Act, including “more funding, stronger enforcement, and better control of farm runoff to clean up waters that are still polluted after half a century.”

EPA must more frequently update technology-based limits for industry water pollution control systems, the authors wrote. “Despite a legal mandate for reviews of these discharge limits at least every five years, highly-polluting industries like chemical manufacturing have not had their standards updated since the 1970s — back when ‘modern’ technology meant computers with floppy disks,” the authors wrote.

By 2022, two-thirds of EPA’s industry-specific water pollution limits have not been updated in more than three decades, according to the report, even though the Clean Water Act requires such reviews every five years to keep pace with advances in treatment technology. EIP said the lack of current standards translates into more pollution from oil refineries, chemical plants, slaughterhouses and other industries.

The authors also called on Congress to strengthen the Clean Water Act by closing its loophole for agricultural runoff and other “non-point” sources of pollution, which they said are by far the largest sources of impairments in waterways across the U.S. According to the report, the Clean Water Act never contained explicit controls for runoff or “non-point source” pollution from farms, suburban lawns and parking lots, with Congress instead deferring to states to tackle the problem.

Congress and EPA, EIP said, must also impose more consistent, universal guidelines for waterway impairment designations for states and make it easier to enforce tens of thousands of pollution diets or “total maximum daily loads” across the nation.

States on tap to receive funds through the $1.2 trillion bipartisan infrastructure law should also target that money to controlling water pollution, while Congress and states should boost funding for EPA and state environmental agency staff needed to measure and address water pollution.

Lastly, authors called on EPA to set interim goals to achieve 100 percent “fishable and swimmable,” as well as enforceable plans.