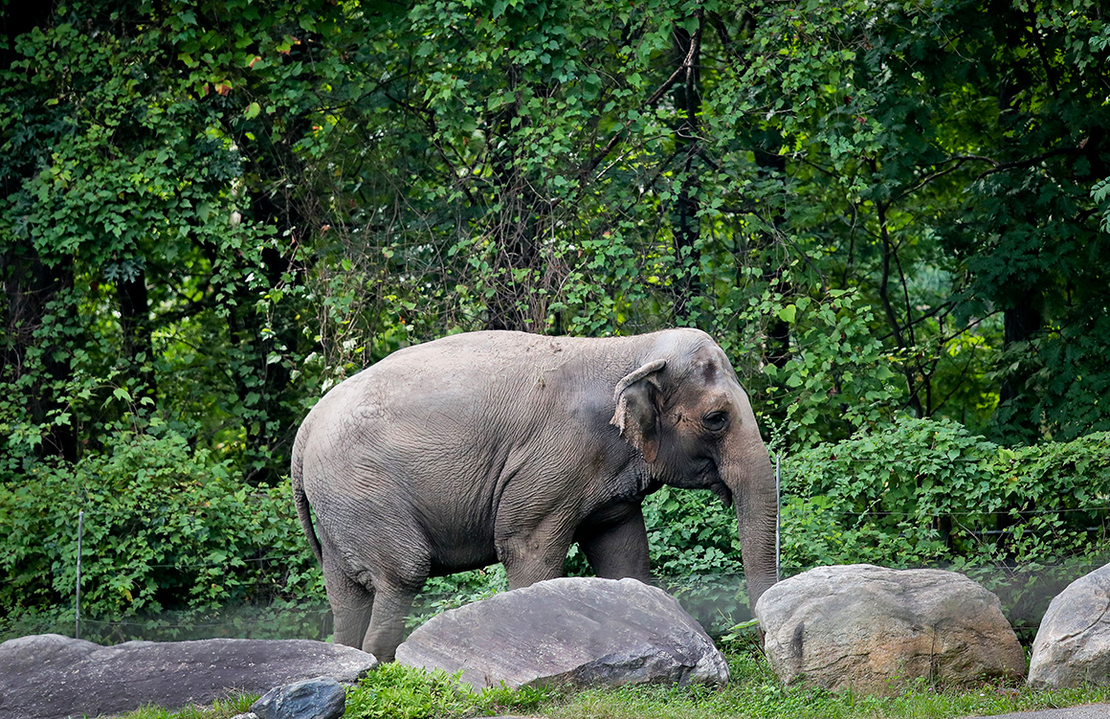 New York’s highest court today rejected a novel claim that an elephant is a legal person with the right to contest her confinement in the Bronx Zoo.

In a 5-2 opinion, the New York Court of Appeals rejected an attempt by the Nonhuman Rights Project to secure a writ of habeas corpus — which protects against unlawful and indefinite imprisonment — on behalf of Happy the elephant to transfer her to a sanctuary.

“Because the writ of habeas corpus is intended to protect the liberty right of human beings to be free of unlawful confinement, it has no applicability to Happy, a nonhuman animal who is not a ‘person’ subjected to illegal detention,” wrote Chief Judge Janet DiFiore for the majority.

“Thus, while no one disputes that elephants are intelligent beings deserving of proper care and compassion,” she continued, “the courts below properly granted the motion to dismiss the petition for a writ of habeas corpus, and we therefore affirm.”

In his dissenting opinion, Judge Rowan Wilson drew parallels between Happy’s more than 40-year confinement and the Bronx Zoo’s 1906 imprisonment of Ota Benga, a member of the Mbuti people of the Congo region of Africa, in the zoo’s monkey house.

He noted that the writ of habeas corpus was “vigorously used” to fight the detention of enslaved people, who were then considered property.

“[W]e should recognize Happy’s right to petition for her liberty not just because she is a wild animal who is not meant to be caged and displayed, but because the rights we confer on others define who we are as a society,” Wilson wrote.

Judge Jenny Rivera wrote a separate dissenting opinion that called Happy’s captivity “an affront to a civilized society,” given her cognitive abilities and her status as a “self-determinative, autonomous elephant in the wild.”

The decision by the New York Court of Appeals to hear the case in the first place was significant because, like the U.S. Supreme Court, it only agrees to take up a tiny percentage of cases that come its way.

The case had drawn attention from renowned legal experts, philosophers and theologians, who said the courts should recognize that Happy’s confinement at the zoo leaves her “unable to lead a physically, intellectually, emotionally and socially complex life despite her capacity to do so” (Greenwire, Nov. 29, 2021).

Happy arrived at the Bronx Zoo in 1977 alongside another elephant named Grumpy. Happy, an Asian elephant, had been captured as a baby in the early 1970s and sold with six other calves to the Lion Country Safari in Southern California, which is now closed.

Zoo officials say Happy’s environment “includes large natural outdoor space that allows her to swim, forage, and engage in other natural behavior,” and they say she “has adapted well to her outdoor habitat, has contact with the zoo’s other elephant [and] is closely bonded with her caregivers.”

The zoo did not immediately respond to a request for comment on today’s ruling.

The Nonhuman Rights Project called the dissents by Rivera and Wilson in the case “a tremendous victory” that the group plans to use in future litigation, including one elephant rights case that is in progress in California.

“This is the first time the highest court of an English-speaking jurisdiction has heard a case demanding a legal right for a nonhuman animal,” the group said in an emailed statement. “It will be far from the last.”