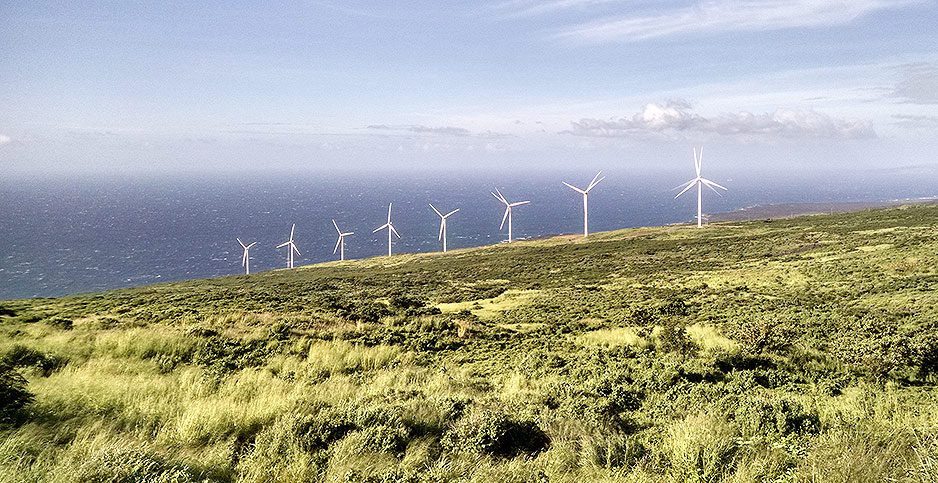 Gov. David Ige (D) on Tuesday signed legislation that directs the state’s Public Utilities Commission to create a framework for rewarding utilities based on performance. Criteria for rewards or penalties include "rapid integration of renewable energy sources, including quality interconnection of customer-sited resources."

Utilities also face evaluation on electricity reliability, on timely execution of adding power purchased through contracts and on customer satisfaction — including on their options for managing electricity costs. The measure, S.B. 2939 S.D. 2, states that the change is needed to "break the direct link between allowed revenues and investment levels," such as investments in power plants.

It’s the latest move as the state pushes toward clean energy. Hawaii in 2015 passed a mandate to hit 100 percent renewable electricity by 2045, becoming the first state in the country to approve that goal. The Aloha State at the time had no blueprint for how to make it happen. Much remains in the planning stage, though leaders argue it’s achievable.

The law appears to be the first one where utilities statewide could earn reward tied to renewable energy projects located in communities, known as distributed energy generation. In other states there are rules affecting some utilities. Rhode Island allows a financial incentive for utility National Grid PLC, based on the value of its long-term renewable energy contracts. National Grid also earns a percent of payments made to distributed generation facilities. In New York, National Grid was allowed an earnings mechanism tied to the total energy from distributed energy resources.

Hawaii largely burns fuel oil to generate electricity, making consumer bills costly and volatile. That has triggered a rooftop solar boom in the state, one so large that the utility on Oahu — the most populous island — severely limited new connections for months. The state later revised its rooftop solar benefits by eliminating net energy metering, where residents earn bill credit for excess power sent to the grid.

S.B. 2939 S.D. 2 argues that a realignment of utility customer and company interests is needed to prevent "economic and environmental harm" by the electrical system. The rewrite is also critical "to ensure the ongoing viability of the State’s regulated electric utilities, as they face increasing need to rapidly adapt business models" that enable new technologies and customer choice, it says.

Hawaiian Electric Co. runs electrical power in the state through subsidiaries on Oahu, Maui and the Big Island. The parent company said it welcomes performance-based evaluations.

"We’re getting a lot done, including tripling the amount of clean, renewable energy on our grids," Shannon Tangonan, director of Hawaiian Electric’s corporate communications, said in a statement. "We’re already well below the state’s 2020 target for greenhouse gas emissions. The companies have been advocating this new performance-based approach for 20 years."

Hawaiian Electric is at 27 percent renewables across its five-island territory. It’s on track to reach 30 percent as required in 2020, it said.

Oil use is dropping, the company said. It used 8.55 million barrels last year, down from 10.7 million seven years ago. Across the five islands, Hawaiian Electric said, one-third of single-family home residents have rooftop solar.

The company said it has added few new power plants that it owns in recent years, and those were at the request of the military. Hawaiian Electric will own and operate a 80,760-panel solar facility under construction at Pearl Harbor on Oahu. The Navy sought the project. Additionally, a 50-megawatt biomass plant is on land the Army leased to Hawaiian Electric.

A report issued last week from the Rhodium Group and Smart Growth America, commissioned by Elemental Excelerator, a nonprofit that funds energy and other startups, said Hawaii could reach more than 80 percent clean energy in 2030. One move that would help, it said, is changing the utility model so that the companies get paid for accelerating the renewables transition (Energywire, April 20).

S.B. 2939 S.D. 2 will give consumers "improved electric services with more options for innovative renewables and batteries," said Hawaii state Rep. Chris Lee (D), chairman of the Legislature’s Committee on Energy and Environmental Protection. It’s also "a responsible step forward helping our utilities transition to a sustainable business model that can survive disruption in the energy market," he said.

Anne Hoskins, chief policy officer at Sunrun Inc., said other states should see it as an example.

"The time to make these changes is now, before billions of dollars are spent in rebuilding our outdated electrical networks," Hoskins said. Rooftop solar and home batteries allow choosing a system "that maximizes public benefits, not utility shareholder profits."