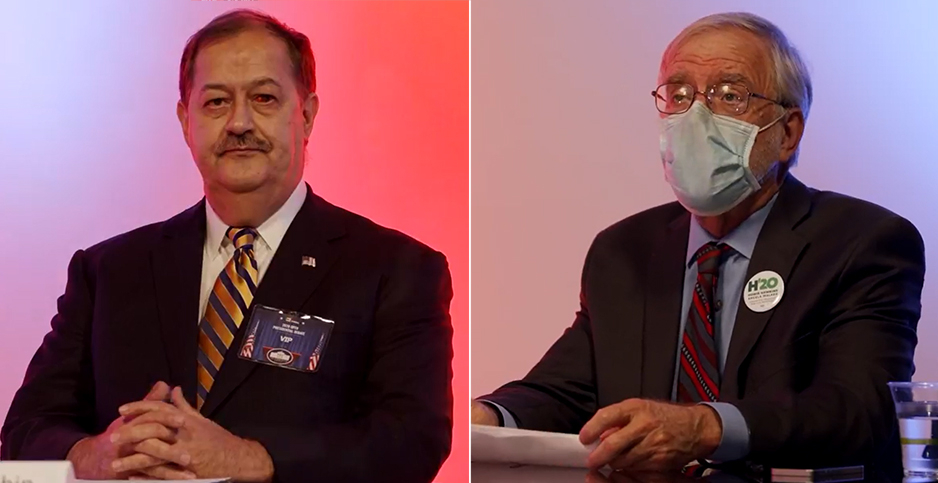 In terms of the 2020 election cycle, last night’s presidential debate in Denver basically qualifies as a miracle: three-full hours of candidates who obeyed time limits and didn’t interrupt each other.

Of course, the debate was also lacking the likely winner of next month’s election: Neither President Trump nor Democratic nominee Joe Biden accepted invitations to attend the Free & Equal Elections Foundation’s event.

"We obviously don’t agree on everything, but I don’t think any of us interrupted each other," Hawkins said. "The major party candidates, check us out, this is how you have a civilized discussion despite differences."

It was also an opportunity for Constitution Party nominee Don Blankenship — the convicted former coal magnate — to offer up $1 million to debate either major-party candidate.

"One of the things that is most troublesome in this country is the two-party system," said Blankenship, who along with other candidates lamented what he sees as a bias in establishment media for Republican or Democratic candidates.

Blankenship asserted that he would pay either Joe Biden’s son Hunter or Trump himself for the chance to debate on national television, asserting that it would be "in the interest of the American public hearing the truth and in the interest of establishing that third-party candidates should be listened to."

The former Massey Energy CEO, who led the company in 2010 when the Upper Big Branch mine explosion killed 29 workers, ran as a Republican himself in a failed 2018 Senate primary bid in West Virginia (E&E Daily, April 10, 2018).

While the livestreamed event was plagued by technical difficulties — issues with sound levels, a late start and a failed YouTube broadcast — candidates nonetheless strove to promote their long-shot bids while tackling questions about government overreach, law enforcement, electoral reforms, the militarization of space and the government’s response to the coronavirus pandemic.

"Donald Trump is like the Typhoid Mary of COVID," Hawkins said, referring to the president’s recent diagnosis with the novel coronavirus and a spate of infections reported in senior White House aides and Republican lawmakers.

"The first thing we need to do is scale up testing, contract tracing and isolating" individuals who have been exposed to the virus.

Candidates discussed climate and the environment, including in response to a query about whether the United States should intervene in Yemen to address the nation’s humanitarian crisis.

Blankenship utilized the query to argue the federal government should not spend funds to address global warming.

"It’s really unfortunately that we have so many causes like climate change for example that take away billions and billions of dollars. Billions of dollars have been wasted under the myth that 4 or 5% of the world’s population can change the temperature of the earth," he said.

"That’s the kind of money that could go for causes of helping humans today, not spending billions of dollars on the chance that we might or might not be able to prevent mass flooding and so forth 100 years in the future."

Hawkins responded to the query by arguing the United States must adopt open borders to address the current international refugee crisis.

"We’ve got a global climate crisis so we need to extend that freedom of human movement across borders," Hawkins said.

The Green Party nominee has made the "climate emergency" a key plank of his candidacy.

Despite that focus, however, environmental activists have urged fellow advocates to not cast ballots for the candidate next month (Greenwire, Sept. 16).

Candidates were also periodically distracted by at least one fly, although the animal appears not to have earned the same social media fame as the insect that sat on Vice President Mike Pence during his Wednesday debate with Sen. Kamala Harris (D-Calif.).