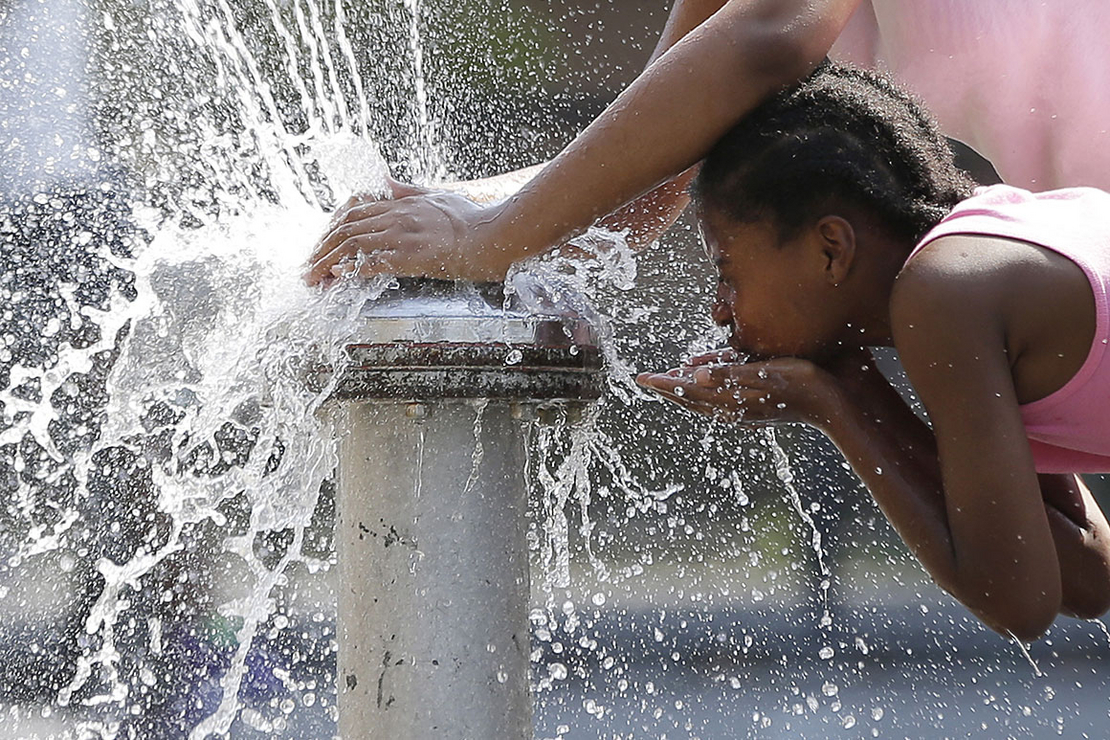 Two girls play and drink at a fountain during a 2016 heat wave in New York City. John Angelillo/UPI/Newscom

Minority communities across the United States face more intense heat waves than areas with mostly white populations, according to a new study that provides the first nationwide analysis of the disparate impact of urban heat islands.

“I always assumed this is a big city issue. But even in the smallest counties, we show there are disparities depending on your race and ethnicity in the heat you experience,” said lead author Susanne Benz, an environmental scientist who conducted the research at the University of California, San Diego, and is now at Dalhousie University in Halifax, Nova Scotia.

The findings suggest the need for national or global action instead of local solutions to address urban features such as building density and an absence of greenery that intensify heat waves and are predominant in minority neighborhoods.

“This isn’t an issue where we can point a figure at one town and say, fix your problem,” Benz said. “I expect similar issues would be found in Europe and Canada.”

The study comes as record-breaking heat in the Pacific Northwest has killed scores of people. In Portland, Ore., the Multnomah County medical examiner is studying the demographics, housing conditions and access to air conditioning of the 71 people whose deaths have been linked to the recent heat wave.

Benz and co-author Jennifer Burney of UC San Diego analyzed heat waves in all 1,056 U.S. counties that have at least 10 census tracts. Those areas represent about a third of the U.S. counties but contain more than 90% of the nation’s population.

The researchers gathered temperatures recorded during heat waves in each census tract and compared the census tracts within each county to one another.

For example, in 81% of the counties that were analyzed, the census tract with the largest concentration of white residents had “significantly lower” extreme temperatures than other tracts in the same county, the study found.

The analysis found a similar, though less pronounced, disparity for census tracts with high concentrations of Asian residents.

The study points to previous research showing the lingering effect of redlining housing policies that steered minorities into dense urban neighborhoods starting in the 1930s. Those formerly redlined neighborhoods have higher extreme heat than other neighborhoods of the same city.

But the study says the racial and ethnic disparities extend beyond large cities where redlining has been documented — and where agencies such as EPA are focusing their research on heat waves.

“The inequality we find in our cities does not only develop after large urbanization and growth, but manifests early in the existence of a city itself,” the study concludes. “If fixing the root causes of urban heat disparities for future cities is an objective, policymakers will need to be much more proactive in smaller areas.”