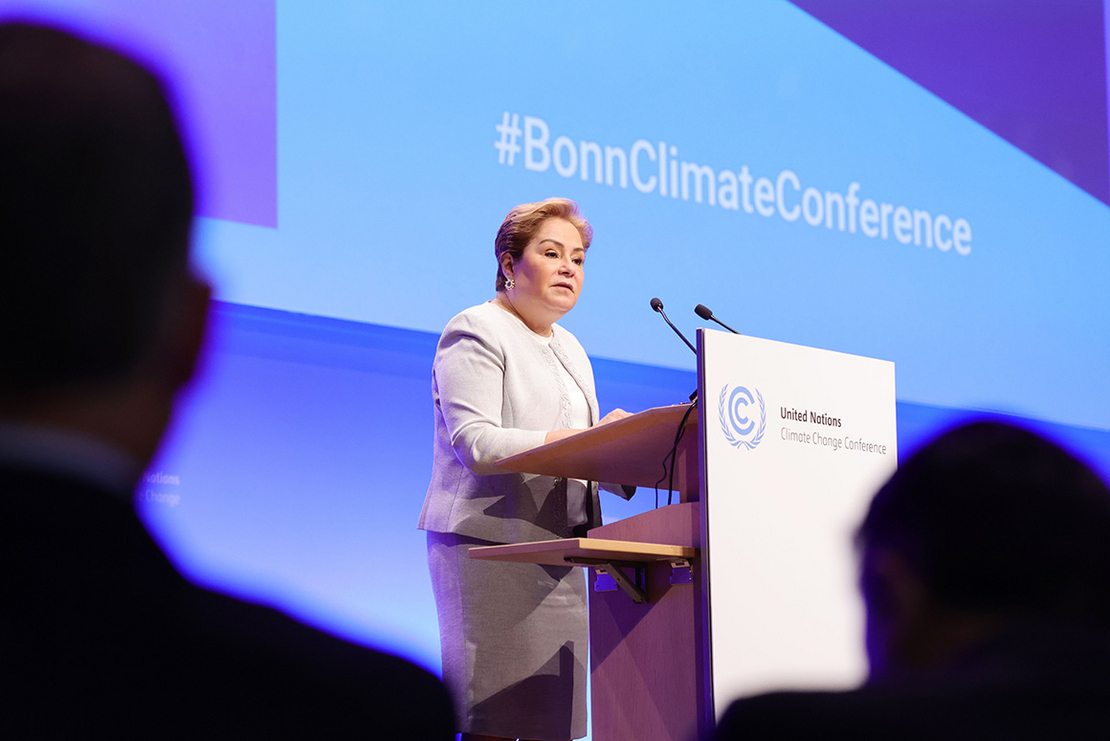 The United Nations is on the hunt for what could be one of the toughest jobs on the planet: executive secretary of the U.N. Framework Convention on Climate Change.

At its broadest level, the position’s main responsibility is to guide the U.N. climate program through a critical period in human history — an era in which decisions made today will impact how much the world warms in the decades to come.

More specifically, being the U.N. climate chief means managing the varied interests of nearly 200 countries as they try to act on pledges to reduce the drivers of global warming. That includes bridging international divides and ensuring the U.N. climate process remains relevant and representative as global politics wax and wane.

It won’t be easy.

“There’s no longer really any doubt at the level of governments that climate change is happening, it’s real and it needs some sort of response,” said Richard Black, a senior associate at the Energy and Climate Intelligence Unit, a United Kingdom-based think tank.

The last person to hold the position — Mexican diplomat Patricia Espinosa — held the job for six years before stepping down last week. During her time as U.N. climate chief, Espinosa helped steer the program through the Covid-19 pandemic and worked to keep countries on track toward meeting their commitments, even as the United States withdrew from the U.N.’s landmark Paris Agreement.

The next person to hold the job will have many of the same responsibilities and largely the same mission that the U.N. Framework Convention on Climate Change (UNFCCC) was tasked with tackling when it was created in 1992: reducing the emissions driving global temperatures to exceedingly dangerous levels.

But the world around the convention has changed over the past 30 years.

The impacts of climate change have gotten stronger, as has the evidence linking it to human activity. All the while, emissions have continued to move in the wrong direction: up.

As officials from more than 40 countries met for their latest round of talks in Berlin, large swaths of southern Europe were ablaze, the United Kingdom blistered under record-breaking heat, floods were forcing evacuations in China and Australia and a yearslong drought was threatening starvation in the Horn of Africa.

U.N. Secretary-General António Guterres was blunt when he laid out the choice facing leaders at the opening of the Petersberg Climate Dialogue on Monday: “Collective action or collective suicide,” he said.

Geopolitics also have shifted, with tensions between China, the United States and now Russia sparking divisions. Further challenges have come from the Covid-19 pandemic and high energy prices stemming from Russia’s invasion of Ukraine.

Global climate cooperation has made some advances in recent years. And the outcome of annual climate negotiations last year — while largely unexceptional — explicitly identified fossil fuels as the cause of climate change, calling for accelerated efforts to phase down coal and fossil fuel subsidies for the first time (Climatewire, Nov. 15, 2021).

But critics say the process is beset by inequities and bureaucracy and remains bogged down by the need for consensus — preventing the type of rapid, innovative action needed to tackle the threat of climate change.

Espinosa addressed some of the challenges in a June interview.

“I think we have made progress. If you look at individual countries, some have made more than others,” she told Carbon Brief. “But the truth is that we are not yet there. We are still very far from where we need to be.”

Time for a new approach?

The focus for much of the UNFCCC’s history was on reaching a global climate agreement, said Richard Klein, a senior research fellow at the Stockholm Environment Institute.

The first one — the Kyoto Protocol — didn’t cover all emitting countries. Negotiators then tried and failed at talks in Copenhagen.

It took them until a landmark 2015 summit in Paris to succeed. The agreement that emerged there requires all countries to set national emission reduction targets and strengthen them every five years. At climate talks last year, Espinosa called it “one of the most significant, most complex but also most carefully crafted international agreements.”

But that doesn’t mean there is no longer a need for global negotiations, Klein said.

Much remains unsettled over how the world adapts to a changing climate and how to compensate countries that have suffered irreparable harm from the impacts of global warming — what’s known in U.N. parlance as loss and damage.

There’s also the nagging question about what the world should collectively do if it turns out what it’s doing is insufficient to stave off climate catastrophe. And as the process shifts from negotiation to implementation, there is also a role for a global body to track progress and ensure that ambition is ramped up, said Klein.

“But by and large, implementation is something that the member states and the private sector need to take responsibility for,” he added.

One question that has emerged in recent years is whether the process has become too big to be useful. The annual global gathering known as the Conference of Parties draws around 25,000 people on average and is the United Nation’s largest meeting.

Last year, critics argued that inequitable vaccine access and rising travel costs made it prohibitive for countries on the frontlines of climate change to attend. (Greenwire, Sept. 7, 2021).

Despite its many flaws, observers and climate activists say the negotiations still serve an important purpose.

“It’s the only place that every country has an equal power and an equal ability to vote things in or out,” said Clare Shakya, director of the climate change research group at the International Institute for Environment and Development.

A leader for today and tomorrow

In its 30-year history, the U.N. climate program has cycled through five executive secretaries — three from Europe and two from Latin America.

Espinosa took the helm after the Paris Agreement was signed, and she has worked to keep the process on track and make countries aware of their responsibilities, said Klein. She also kept it going it through the Covid-19 pandemic, when diplomacy shifted online.

Guterres credited her predecessor, Costa Rican Christiana Figueres, with restoring confidence in the international climate negotiations after they broke down in Copenhagen.

The official job description posted on the U.N. website laid out a series of administrative duties and coordinating tasks that include arranging the Conference of the Parties, reviewing reports and providing assistance to country representatives.

What it doesn’t include but is vital, say longtime observers, is strategy, credibility and consummate diplomacy.

They have to become a “facilitator in chief,” Black said. That means being able to listen and build bridges.

Shakya says she hopes the next leader is dynamic and persuasive — and is prepared to have hard conversations.

Some names in the mix include Selwin Hart of Barbados, a special adviser on climate action to Guterres; Teresa Ribera, Spain’s minister for the ecological transition; and Catherine McKenna, Canada’s former environment minister.

But McKenna already is leading an expert group Guterres assembled to help drive emissions cuts beyond the country level (Climatewire, April 1). And there’s a strong push among developing countries for the next executive secretary to come from Africa or Asia.

Among the leading names from those regions are Jeanne d’Arc Mujawamariya, environment minister for Rwanda; Maite Nkoana-Mashabane, South Africa’s minister for women, youth and people with disabilities; and Naoko Ishii, former head of the Global Environment Facility.

The United Nations would “especially welcome” female candidates and someone with experience managing “complex organizations,” the job posting says.

“I would want to see a person who is on urgency, urgency, urgency because that is critical for us,” said Conrod Hunte, lead negotiator for the Alliance of Small Island States.

That means someone who is focused on the agenda and able to concentrate on areas that can bring parties together, he added.

Ultimately, however, the leader of the UNFCCC matters less than whether the big polluters show they’re still committed to its goals, said Black.

“You need real political leadership from big countries to enable it to do its work well,” he said. “It’s never going to be the body that solves climate change, and it can only do what countries will allow it and empower it to do.”

The call for applicants to lead the U.N. climate office closed in late June. Guterres is now heading up the selection process. Until then, Ibrahim Thiaw has been tapped as acting UNFCCC head in addition to his day job leading one of the United Nations’ other environmentally focused bodies — the Convention to Combat Desertification.