Here comes the carbon rule. What to know 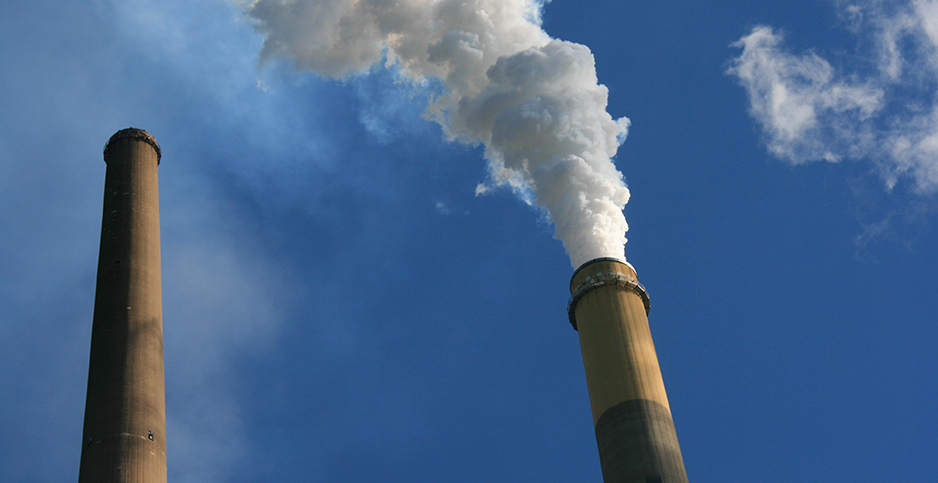 EPA is preparing to finalize its replacement for the Obama-era Clean Power Plan, a rule aimed at limiting the power sector's carbon dioxide emissions. bkking111/Flickr

EPA is expected to finalize its power plant carbon rule next week, according to multiple sources, completing the two-year process of replacing an Obama-era regulation with a more industry-friendly substitute.

When the final Affordable Clean Energy, or ACE, rule is released, observers expect a few substantive changes compared with last year’s proposal. But the final rule is expected to retain the same focus on individual power plants — rather than calling for big shifts in the power sector writ large.

Industry celebrated the proposal as being cost-effective. But environmentalists and past regulators say EPA is doing too little to curb emissions from the second-largest emitting sector in the United States.

"Look, this is an EPA, this is an administration that does not want to do anything about climate change," said Joseph Goffman, EPA’s top lawyer for the Office of Air and Radiation during the Obama administration. "If at the end of the day there’s only a relatively modest investment in CO2 efficiency, I think that outcome would be totally consistent with the administration’s policy goals."

Why is the Trump administration issuing a carbon rule?

President Trump campaigned in 2016 on repealing the Obama-era Clean Power Plan, which eyed emissions cuts across the broad power sector. At one campaign event in Huntsville, Ala., Trump pledged to make his predecessor’s signature climate rule "boom, gone."

But after Trump took office in 2017, EPA opted — with industry’s support — to draft a replacement rather than undertaking the complex and legally fraught task of undoing EPA’s 2009 endangerment finding for greenhouse gases, which obligates it to regulate them under the Clean Air Act (Climatewire, Oct. 12, 2017).

"Once senior Trump officials decided not to reverse the endangerment finding, they recognized that it was only a matter of time before EPA would be forced to regulate CO2 emissions from the power sector," said Bracewell LLP energy lobbyist Jeff Holmstead. "Rather than waiting to be sued, they decided to develop a rule that would clearly establish the limits of what EPA can do under the Clean Air Act."

EPA released ACE last August to praise from conservatives and coal-invested utilities. The proposed rule differs from its Obama-era predecessor in both structure and stringency.

The 2015 Clean Power Plan set emissions reduction goals for states based on their power plant mixes. States that relied more on coal-fired power plants were allowed to emit more on average, but they were nonetheless given targets that would have forced their fleets to move away from unabated coal generation.

But Trump’s EPA rejected this "systemwide approach," arguing it was illegal. The ACE proposal asked states only to consider opportunities for heat-rate improvements at individual power plants.

So, unlike the Clean Power Plan, ACE doesn’t compel average emissions reductions across the sector as a whole. It amounts to a carbon intensity standard for coal-fired plants.

What to look for in the final rule

The final rule, which is being reviewed by the White House’s Office of Management and Budget, is unlikely to change any of that.

But EPA is expected to cut language that would have revamped the way energy efficiency improvements to power plants trigger Clean Air Act permitting requirements for smog and soot (Greenwire, June 10).

ACE proposed letting states look at hourly — rather than annual — increases in emissions. While the change was intended to shield industry from "onerous" and "costly" New Source Review permitting requirements, industry groups expressed concern that it would have the unintended effect of triggering NSR even more often.

Goffman said it would have been difficult for EPA to defend a rule exempting sources from Clean Air Act regulations for one set of pollutants in exchange for compliance with regulations for another set.

"The Clean Air Act does not frankly tolerate trade-offs between and among pollutants," Goffman said. He added that Justice Department lawyers likely had a hand in the change.

While the proposal wouldn’t let states offer their utilities exemptions from NSR permitting, it may have in effect allowed them to exempt coal plants from the efficiency improvements that trigger NSR.

"Issuing the smog and soot rollbacks jointly with the CO2 rollbacks would make the overall pollution increases from ACE even clearer, exposing EPA to even greater legal risk," said John Walke, director of the Clean Air, Climate and Clean Energy Program at the Natural Resources Defense Council.

EPA air chief Bill Wehrum has long championed reforms to the permitting program, and EPA Administrator Andrew Wheeler has suggested the agency might still move a separate, broad NSR overhaul as soon as this fall.

"In general, I believe it makes sense to treat NSR reforms globally rather than picking out individual sectors and attacking it piecemeal," said Thomas Lorenzen, a partner at Crowell & Moring LLP who represents industry clients.

EPA is also expected to make changes to the rule’s regulatory impact analysis, which lays out its projected costs and benefits. The New York Times first reported last year on the proposal’s estimate that swapping the Obama rule for ACE would result in 1,400 additional premature deaths annually by 2030 because of increased fine particulate matter (PM2.5) pollution from more coal-fired generation.

EPA is expected to try to obscure that finding, perhaps by measuring the rule’s health impacts against a pre-Clean Power Plan emissions baseline that would show less of a difference (Greenwire, Aug. 29, 2018).

The agency could also change the way it counts co-benefits — the incidental benefits of cutting pollutants like PM2.5 that affect human health directly — to avoid uncomfortable headlines. One way to do this would be to ignore health impacts below the threshold at which fine particles are now regulated.

The final rule might reference different models with different assumptions and results in a bid to distract from the true impact of rulemaking, said John Bachmann, EPA’s former associate director for science policy and new programs.

But Bachmann predicted that career staff at the agency would make sure the data would all still be there.

"They’re just told by management, ‘Here’s what we’re telling you you’ve got to do, and you’ve got to analyze it,’" he said. "But there’s only so far they will go."

As proposed, ACE would give states three years to complete their implementation plans. The proposal gave them a menu of technologies to require of their coal plants — things like boiler feed pumps and air heater and duct leakage control devices. EPA would approve those plans.

Meanwhile, environmental groups are likely to mount legal challenges at every step.

"One of the big challenges here will remain how to get this through the courts successfully before the conclusion of President Trump’s first term," Lorenzen said. "If the litigation carries over into a future administration, we could well see a repeat of what we saw with the Clean Power Plan."

The U.S. Court of Appeals for the District of Columbia Circuit, which was overseeing the multitudes of lawsuits filed over the Clean Power Plan, halted litigation when the Trump administration took office. The Obama rule itself remains stayed by the Supreme Court; justices voted 5-4 in February 2016 to stop the rule from going into effect.

A future Democratic administration could scrap the ACE rule for something more ambitious, Lorenzen noted, "perhaps even more aggressive than the Clean Power Plan."

Holmstead said the rule’s fate could rest on whether Trump is reelected.