Here comes the social cost of carbon. Will it address EJ? 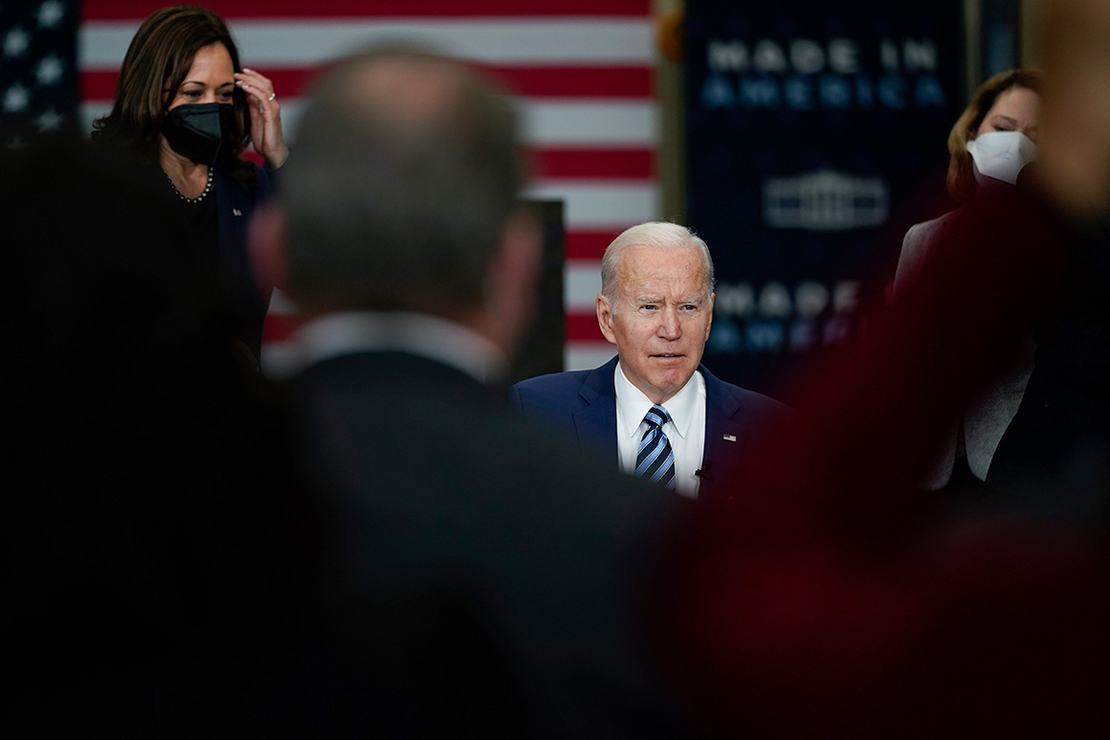 The White House is expected to release new values for climate change damage as soon as this month that reflect the disproportionate harm that vulnerable populations could face on a warming planet.

The social cost figures for carbon, methane and nitrous oxides attempt to translate each incremental ton of greenhouse gas emissions into dollars and cents. Federal agencies construct the figures — which are expressed as a range — using peer-reviewed models with inputs that run the gamut from global agricultural output to public health to property damage.

The goal is to build a metric that will allow agencies to assess the savings, and costs, of their climate policies.

The social cost metrics have been used in federal actions like rulemakings, lease sales and procurement decisions for over a decade.

Biden is the third president whose administration will try to assign greenhouse gases a monetized value. And unlike the estimates developed under Presidents Trump and Obama, the Biden administration’s final social cost estimates are expected to account for social and racial inequity.

Numerous studies show that the harm from climate change will be distributed unevenly, with poor populations in the U.S. and elsewhere feeling the worst affects while having the fewest resources to adapt to them.

The Biden administration’s work on its final social cost figures is already entering overtime. An executive order Biden signed on his first day in office last year promised that the estimates would be out “no later than January 2022.” It also tasked an interagency working group with making recommendations to the president by September 2021 for the kinds of government actions that would incorporate the social cost of greenhouse gases.

The White House did not respond to inquiries about whether those recommendations were made.

The “final” social cost estimates would be updated on a regular basis.

Heather Boushey of the White House Council of Economic Advisers — which co-chairs the interagency group — promised in a blog post on Feb. 26, 2021, that the final versions would be out “within the year.” That would mean the figures should be public by Feb. 26.

The White House Office of Management and Budget and the Office of Science and Technology Policy are the other co-chairs of the interagency working group on the social cost of greenhouse gases. But EPA’s National Center for Environmental Economics is doing most of the technical work, and EPA last month put out a call for outside experts to review the final figures. Nominations are due Feb. 15.
That suggested to some outside experts that the final figures might not be released until after a monthslong review.

Intergenerational equity would likely be addressed by lowering the range of discount rates used to value climate impacts suffered years in the future more than they were under Trump — and perhaps under Obama.

But it remains to be seen how the final social cost figures will treat environmental justice — whether that’s the effects of rising temperatures on a migrant farmworker’s job prospects in California, an American Indian tribe’s ancestral lands in Louisiana or flooding in Bangladesh.

Biden came into office last year vowing to elevate climate change and racial justice to the top of his agenda. But the president’s focus on environmental justice requires rulemakings that not only drive emissions reductions but that also zero in on damages that weigh particularly heavily on poorer populations.

Many environmental economists have offered proposals for how to incorporate equity issues into the new social cost of greenhouse gas figures.

Michael Greenstone, who co-chaired Obama’s interagency working group on the social cost of carbon between 2010 and 2016, co-authored a paper last year that floated giving more weight to damages occurring in poor regions of the U.S. and, by extension, poorer countries. But he raised questions about whether current OMB guidelines would allow for that kind of weighting in cost-benefit analyses.

Biden has initiated a revamp of the federal regulatory review process, which could provide more clarity.

Still, questions abound about how to value damages based on who suffers from them. Would the weighting be based on income and, if so, how would it be applied mathematically? Would the economic characteristics of geographical areas where climate damages occur be considered? Or would the kinds of climate-driven costs and hardships that are likely to fall heaviest on poorer populations in the U.S. and around the world be valued above, say, flooded beachfront vacation homes and lower corporate profits?

“There’s not necessarily a consensus on quantitatively exactly how you do that,” said Brian Prest, an economist with Resources for the Future, referring to income-based weighting. “And so I think it might be premature for the U.S. federal government to take a strong stand on that before there’s essentially more consensus on the correct approach.”

The new social cost figures are also coming at a time when there’s some indication that EPA may be exploring new ways to elevate environmental justice concerns in its rulemakings. These methods might go beyond the strict dollars-and-cents accounting that has been used in regulatory cost-benefit analyses for four decades, going back to the Reagan administration.

Last week, EPA released a draft rule in support of an Obama-era standard for power plant mercury and other hazardous pollutants that declared it “appropriate” to give “substantial weight” to health impacts from pollution even if it wasn’t possible to assign them a monetary value (Greenwire, Feb. 7).

“The EPA is not alone in needing to make difficult judgments about whether a regulation that has a substantial economic impact is ‘worth it,’“ the draft rule said.

EPA pointed to a Transportation Security Administration cost-benefit analysis from 2016 for a proposed requirement that certain airports use security technology to prevent terror attacks. The TSA acknowledged that the rule’s costs exceeded its benefits but that it was still justified due to “substantial indirect effects and social costs (such as fear) that are harder to measure.”

EPA’s draft rule mentions the social cost of carbon (SCC) because its curbs on hazardous air pollution would also limit CO2 “coincidentally.” A footnote on the SCC reads “given current modeling and data limitations, it does not include all important damages.”

James Goodwin, a senior policy analyst with the Center for Progressive Reform, said EPA would have to look beyond monetized values in its rulemakings if it is to realize Biden’s environmental justice goals. He said it’s “dehumanizing” to rely on quantifiable costs and benefits.

“I can have a number with a shit-ton of zeros after it, telling me, ‘This is why climate change is bad,’” he said. “But at the end of the day, that’s not what moves the policy needle. At least in a democracy.”

Instead, Goodwin said EPA should rely more on a qualitative assessment of the value of its rulemakings, as it did in its recent draft for Mercury and Air Toxics Standards (MATS) — which refers to the effects of mercury exposure on mothers in front-line communities who rely on local fish as part of their diet.

But Prest of Resources for the Future said weighing costs and benefits is important for policy design. It can help an agency choose options with maximum effectiveness, he said, while also lending more credibility to the rulemaking process.

“If you start to wade into a more subjective [cost-benefit analysis] realm, I think it might be construed with some suspicion, saying, ‘Well, you could make up any value and justify any policy,’ which is not really the purpose of cost-benefit analysis,” he said.

Prest said qualitative considerations would appear in regulatory impact analyses for EPA rules, including when raising environmental justice concerns, but would not take the place of “good cost-benefit analyses” centered on monetized impacts. He noted that EPA has used them in numerous rules under Biden, including for vehicle emissions and oil and gas methane.

Gernot Wagner, a climate economist at New York University’s Department of Environmental Studies, said the Biden administration could elevate inequality concerns in rulemakings by embedding them in metrics like the social cost of carbon or by considering equity issues alongside more traditional considerations, like a policy’s effectiveness and its cost.

In the regulatory impact analysis for the MATS rule, he said, EPA seemed to draw attention to environmental justice issues without “hiding” them in a numeric input.

Inequality in the MATS draft is “not part of the equation itself. But it’s very explicitly considered in designing the rule,” Wagner said. But he said that might be a function of the fact that mercury and other toxic emissions have an overwhelming effect on populations near pollution sources, in contrast to CO2, which is a global pollutant.

“[With] mercury, frankly, you should put equality front and center, right?” he said. “You should basically say, ‘Look, there’s a community of 10,000 disadvantaged people who live right next to this one plant, and there’s a lot of mercury pollution in this plant, so what’s the best policy instrument?’”