Here’s how science fared in the first year of Trump 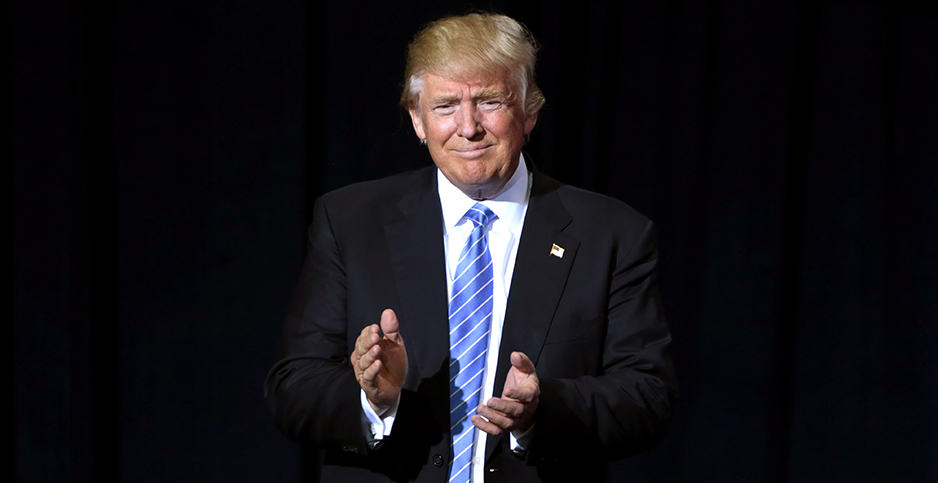 President Trump has overseen efforts to roll back climate policies, and his administration has reduced access to some scientific information. Gage Skidmore/Flickr

The Trump administration has rolled back Obama-era climate policies at a brisk pace in the first year of Donald Trump’s presidency. But it has been equally aggressive in minimizing the climate science that justified those regulations in the first place.

A common assertion during the confirmation hearings for Trump’s Cabinet members was that climate science is unclear, even though the scientific community found years ago that humans are driving global warming at an unprecedented pace. In some cases, references to climate change on government webpages disappeared minutes after Trump took office. Supporters say the administration is imprinting its own priorities on federal research, as all presidential administrations do. Critics contend it’s part of a sweeping effort to downplay or degrade climate science.

"The appreciation of what science is and how science works, what science needs to thrive are things that people understand less and less, not more and more. That’s what I find most troubling," said Rush Holt, CEO of the American Association for the Advancement of Science.

Here’s an assessment of how climate science has fared in the first year of the Trump administration.

Information about climate change has been removed, edited or buried across a range of government websites, including at U.S. EPA, the Transportation Department, the Health and Human Services Department, and the State Department, according to watchdog groups and news reports. About 2,000 climate-related webpages and files were removed or altered on the EPA site since Scott Pruitt took over the agency, according to EPA’s own tally. Hundreds of EPA pages have returned; some have been edited and others are missing links to public resources on climate change, according to research conducted by the Environmental Data & Governance Initiative.

It’s not just mentions of climate change that have been strip-mined from government websites, according to EDGI. Terms like "greenhouse gas" and "carbon" have been replaced by vague terms like "resilience" and "sustainability," said Toly Rinberg, an EDGI Website Monitoring Committee member. In general, there is no evidence of tampering with climate data sets, Rinberg said.

"What we have seen is a significant reduction in access to information and descriptions about climate change, and that includes removals of websites and documents, links to those resources," he said. "We have also seen a significant shift in the way in which agencies present the language that is used around climate change."

It’s not clear if the editing of websites is being ordered from within the administration or if it’s being done by career agency employees, some of whom might be trying to preserve programs that could be targeted if they are associated with climate policy.

EPA reworked a number of its science advisory boards to emphasize the voice of industry in policymaking. Now, the influential science boards are sometimes led by researchers who question the reams of scientific papers that find humans are the primary drivers of climate change. Some advisory board members reject the notion that soot and smog can harm human health, something public health researchers decided long ago was a significant danger.

Pruitt also ended the long-standing tradition of appointing federal researchers who sometimes receive government grants to the advisory boards. That opens the door to researchers whose work is supported by the fossil fuel and chemical industries.

Policymakers seem to value science less now than at any time in recent memory, said Holt, a former Democratic congressman.

The pipeline of scientists into federal agencies is being affected, he said, noting that younger scientists and postdoctoral researchers are considering other fields. The potential brain drain comes at a time of major scientific breakthroughs, such as gravitational wave detection.

The two agencies that conduct the bulk of the nation’s climate science could soon receive new heads, neither of whom is a scientist. Both nominees have pledged to support climate science, which has continued uninterrupted this year under acting directors. But critics worry that NASA and other agencies could be politicized. Rep. Jim Bridenstine (R-Okla.), Trump’s nominee to lead the space agency, has rejected mainstream climate science, and he once called on Obama to apologize for spending so much money on it. In his confirmation hearing last month, he said those statements were part of his political campaign and don’t reflect how he would guide the agency.

The likely head of NOAA, AccuWeather CEO Barry Myers, has said he has no reason to disbelieve the discoveries of the agency’s climate scientists. He acknowledged that humans are the primary driver of climate change during questioning by Democrats.

The administration has not yet named a science adviser. The delay has been criticized by environmental groups and some conservatives, because the position advises the president on a wide variety of topics, including climate change and national security. Possible names in the mix include William Happer, a professor emeritus at Princeton University who rejects mainstream climate science and has been a vocal critic of the Obama administration.

"I don’t sense any hostility to science," Happer said. "I think they are kind of neutral to it; they are not big fans, they’re not enemies either."

The phrase "climate change" has been targeted in some government operations. Though Defense Secretary James Mattis has spoken about the national security dangers of rising temperatures, the administration removed a section on climate from a national security plan this week. U.S. officials are also pushing to remove climate references from a new environmental chapter of the North American Free Trade Agreement, the Toronto Star recently reported.

Public presentations of climate science have been curtailed as well. As Trump took office, the Centers for Disease Control and Prevention abruptly canceled a climate change and public health conference that had been planned for months. EPA shut down public presentations on climate change and coastal resiliency at a Rhode Island conference in October. More recently, the Interior Department forced the head of Joshua Tree National Park to fly to Washington to be rebuffed for a climate-related tweet that accurately reported the effects of global warming, according to a report in The Hill.

Every administration has politicized science in some way, said Michael Halpern, deputy director of the Center for Science and Democracy at the Union for Concerned Scientists. In the past, administrations censored or manipulated research to achieve their own political ends. Under Obama, it was done in regard to hydraulic fracturing; under George W. Bush, it was for contraception, Halpern said. This administration is acting more aggressively, he added. Trump appears determined to reduce the capacity of agencies so they can’t conduct the scientific research in the first place, Halpern said.

"The definition of climate science is much wider than this administration anticipated," he said. "They thought they might get rid of a few modelers or stop a few people who work with satellites and they would be done with it, but so much research has climate-related impacts that it’s not feasible to shut down the entire climate science enterprise."

Despite efforts to stifle climate research, the administration released two major scientific reports in recent weeks that show the world is warming as a result of human activity. The Arctic Report Card shows the region has already been transformed and is no longer the frozen place it once was. About two months ago, the latest installment of the National Climate Assessment was also released, and its authors said it leaves no doubt that human-caused climate change is the primary control knob for the atmosphere. The White House did not comment on the Arctic report and dismissed the climate assessment by claiming the climate has always changed.

What’s more, both NOAA and NASA have continued to publish tweets and webpages detailing their extensive observations that carbon emissions are altering life on Earth. That could be because both are operating under acting heads. Critics are concerned that when the agencies get new leaders, they might become more political. While the nominees for both agencies pledged to leave science alone, observers expect the administration to take the same approach to scientific revelations from NOAA and NASA as it took to the two major reports: ignore them.