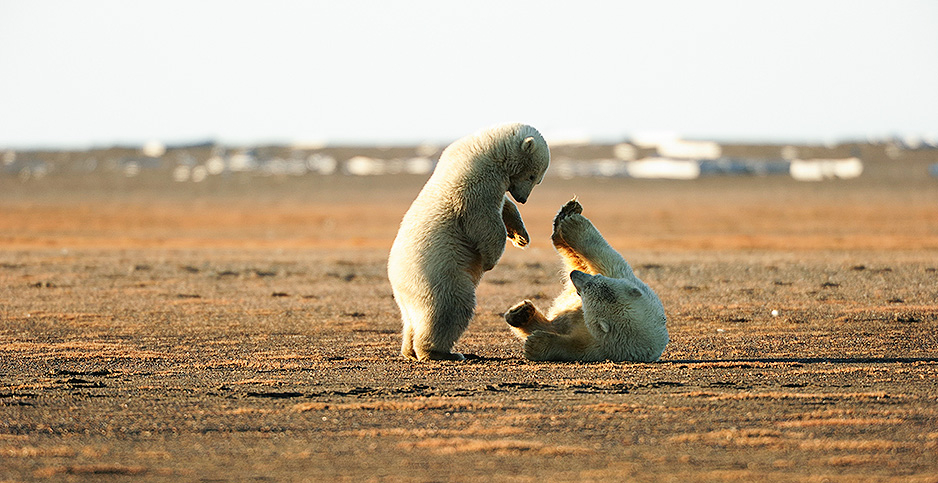 The Interior Department enjoys broad authority to respond to climate impacts, but the department’s obligations — especially when it comes to curbing greenhouse gas emissions — have become a major point of contention as Bernhardt justifies the administration’s energy and deregulatory agenda in narrow, legalistic terms.

Once the department’s top lawyer, Bernhardt argues that no law says Interior "shall" scale back oil and gas development due to their emissions. Interior evaluates climate change in environmental assessments, but going further is outside the law, he reiterated yesterday.

"If you want us to say we’re going to stop all oil and gas development on federal lands because of climate change, you need to tell us that in a law. Because otherwise we are simply not required to do that and it’s not appropriate to do," Bernhardt told Senate appropriators.

Critics say that posture ignores the suite of laws establishing Interior’s fundamental priorities. They suggest Bernhardt is cloaking a political argument under the thin veil of a convenient legal interpretation.

"I was troubled you attempted to lay the department’s lack of action at Congress’ feet," New Mexico Sen. Tom Udall, the top Democrat on Interior’s appropriations subcommittee, told Bernhardt yesterday.

Interior has rolled back greenhouse gas policies, like the Bureau of Land Management’s methane waste rule, while also proposing to weaken protections for wildlife endangered by climate change.

"This isn’t about ‘shalls’, as you put it. Blaming Congress is a dodge. This is about how you choose to exercise the broad discretion Congress vested in the Department of Interior. Past administrations chose to take on climate change, to harness the agencies’ vast authority to tackle our generation’s defining issue. But instead this administration is actively working to dismantle every tool to address the threat," Udall said.

Lynn Scarlett, who worked above Bernhardt as deputy Interior secretary during the George W. Bush administration, said the law does direct Interior to develop fossil fuel leasing plans. But the department also has a strong legal foundation to elevate climate change in land-use planning — especially when it comes to protecting creatures endangered by global warming, like the polar bear.

The synthesis of those two contradictory directives could be Interior throwing its weight behind renewable energy — a path that would be more politically and practically feasible than banning fossil fuel extraction, she said.

"There’s nothing that tells the department ‘Thou shalt only do oil and gas,’" said Scarlett, now vice president of policy and government relations at the Nature Conservancy.

Abandoned mining lands could be especially good sites for renewable energy projects, she said. And the department’s footprint is large enough that internal policies for energy efficiency and renewable electricity could cut significant emissions.

Lawmakers see that potential, too. Bipartisan legislation would smooth the path for renewable projects on public lands (Climatewire, May 1).

But that affirmative agenda takes a back seat as Democrats try to pump the breaks on fossil fuel extraction while Republicans keep accelerating it.

About 25% of U.S. emissions originate on public lands, and that number’s poised to grow. Oil production hit record highs last year, and Interior has been issuing drilling permits at a rate 55% greater than at the end of the Obama administration (Climatewire, May 6).

Climate experts say that trend is moving in the wrong direction. The world needs to roughly halve emissions by 2030 for any hope of holding warming to 1.5 degrees Celsius, according to the U.N. Intergovernmental Panel on Climate Change.

Bernhardt, a former oil lobbyist, has not framed those deadlines as urgent. And he gave critics extra ammunition last week when he said he hasn’t "lost any sleep" over atmospheric carbon levels reaching a 3-million-year high.

That line has become a proxy for talking about the administration’s climate legacy.

Sen. Jeff Merkley (D-Ore.) said atmospheric CO2 has increased about 27% over Bernhardt’s lifetime, and he pressed Bernhardt on whether he’s lost sleep over that rise in CO2 causing stronger hurricanes, bigger wildfires and deeper floods.

Bernhardt said he’s lost sleep responding to those crises but reiterated that "I don’t lose sleep over" the increased carbon pollution.

Merkley replied: "Your grandchildren, your great-grandchildren are going to live on a planet deeply compromised by the policies you’re promoting. That is an immoral thing to do to the generations to come, and I would hope you start thinking about that — maybe lose some sleep."

Sen. Lisa Murkowski (R-Alaska), chairwoman of Interior’s appropriations subcommittee, told reporters that Bernhardt has struck the right balance on climate and is correct to defer to Congress.

"If we’re going to say that we are not going to be accessing our public lands at all for resource development, I would certainly hope that’s not left to one individual," she said. "These are the public’s lands."

This is where the administration’s critics turn back to the law.

The administration needs to be called out on that broad failure, he said, even though legal remedies might be limited to specific permits and regulations.