Here’s what might be in Biden’s first climate order 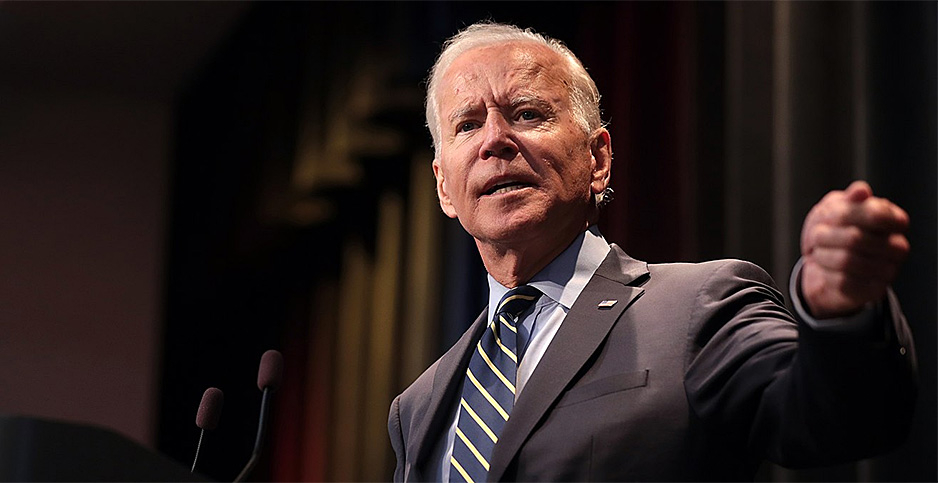 President-elect Joe Biden is preparing to act on climate change within hours of taking office on Jan. 20. Gage Skidmore/Wikipedia

Joe Biden could mark his first day as president with one or more executive orders announcing plans to rejoin the Paris Agreement, submit a global deal on refrigerants for ratification and deliver on the sweeping climate pledges he made on the campaign trail.

People in contact with Biden’s transition team say they expect a spate of early communications on top policy priorities for the new administration, including on climate change. Those orders are believed to still be under development as the incoming administration races to position top nominees amid a turbulent transition of power. Gina McCarthy is moving quickly to establish herself as the national climate adviser, having finished her tenure at the Natural Resources Defense Council last week.

In addition to reentering the Paris Agreement, the administration could be considering how to make early statements related to Biden’s pledge to zero out power sector carbon by 2035, advance legislation on carbon-free new commercial buildings by 2030 and decarbonize the nation’s transportation system.

"There is work underway as I understand it on what those things will look like and what the priorities will be," said Nathaniel Keohane, vice president for international climate at the Environmental Defense Fund and a former special assistant to President Obama.

The work on Biden’s first-day actions comes as he fills out his Cabinet and high-profile offices with climate-minded officials ahead of his inauguration on Jan. 20. He named Marty Walsh, the Boston mayor and climate advocate, to lead the Labor Department last week. And Biden selected Rhode Island Gov. Gina Raimondo, who has pursued aggressive steps to lower emissions, as Commerce secretary, a position that oversees NOAA.

The Climate 21 Project, which Keohane participated in with a host of other Obama administration alumni and some Biden transition team members, recommended a "day one" executive order to launch a Cabinet-level task force that would develop a governmentwide climate plan in the first three months of Biden’s presidency.

The group also recommended creating a "national climate council" by executive order that would coordinate climate policy from the White House.

The Biden transition has evidently rejected that plan in favor of creating positions for McCarthy and former Secretary of State John Kerry, who will serve as Biden’s international climate envoy.

Observers said they assumed that Ali Zaidi, a former energy official in Obama’s Office of Management and Budget who helped shape Biden’s climate plan last summer, is taking the lead on writing the "day one" orders. Zaidi will serve as the deputy to McCarthy, who will have an office with a small staff in the White House.

Some people who have spoken to the Biden transition team say the first-day plans are being pursued with secrecy in mind.

"It’s a little bit of a Manhattan Project from what I can tell," said one person, referring to the secret effort during World War II to develop the nuclear bomb. "People are working on their pieces, but I think a lot of it’s in [incoming chief of staff] Ron Klain’s head."

On the Paris Agreement, Biden could either announce plans to reenter the pact or direct the State Department to submit instruments of accession to the United Nations. The U.S. could be a party to the agreement 30 days later — or Feb. 19 at the earliest.

The same communication could lay out how the administration plans to formulate a 2030 pledge to the Paris Agreement — a requirement for membership in good standing.

It could also announce how the administration plans to catch up on climate aid to poor countries, flesh out Biden’s campaign statements about hosting a global forum to increase ambition or chart a course for ratification of the Kigali Amendment for hydrofluorocarbons.

That deal, negotiated by the Obama administration, was never submitted to the Senate for its consent despite having bipartisan support.

Steps to punctuate the role of climate change in national security could also be in the works.

Erin Sikorsky, deputy director of the Center for Climate and Security, said Biden and Kerry could reissue the presidential memorandum that Obama used in September 2016 to direct national security agencies to ensure that climate impacts are fully considered in policies and planning.

"This would ensure a broader focus than just diplomatic negotiations on emissions, and help the military, the State Department and other agencies prepare for operating in climate stressed environments and better think through how to manage the security implications of growing climate-related disasters in already fragile parts of the world," Sikorsky said.

Kerry, whose official title is special presidential climate envoy, is expected to be based at the White House National Security Council.

Biden is expected to tap Jonathan Finer, Kerry’s chief of staff when the then-secretary of State was preparing for the 2015 Paris climate summit, to be deputy national security adviser.