Here’s what went wrong, in the words of auto lobbyists 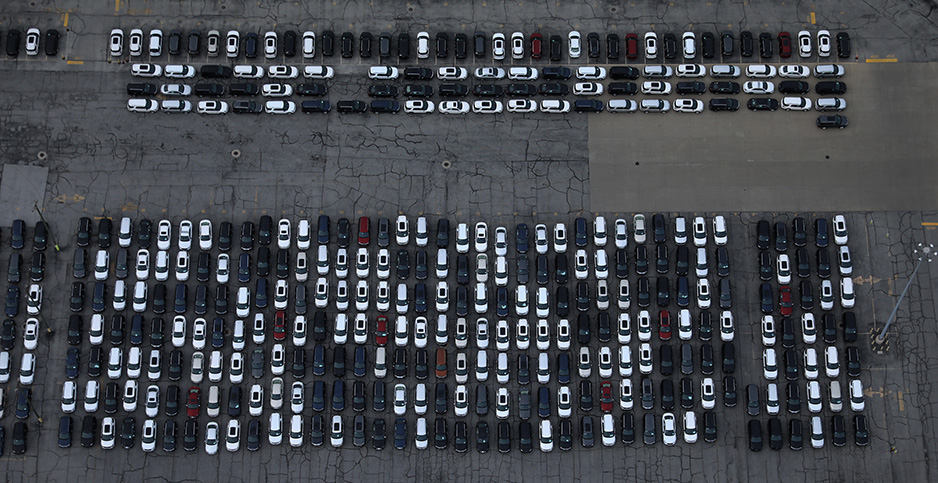 When the CEOs of major automakers asked President Trump to re-evaluate Obama-era clean car standards, they were hoping he would soften the rules.

Instead, they got a full-fledged rollback.

"We asked them to re-evaluate it. And I think what the Trump administration took from that was a wholesale acceptance from us that the Obama standards were just completely unachievable and we wanted to scrap the whole thing," said one auto industry lobbyist.

"I think they read more into it than they should have," the lobbyist added. "It’s not something any of us ever said."

The Trump administration hopes to finalize the car rules rollback by late spring or early summer. The proposal is expected to call for freezing fuel economy requirements at 2020 levels through 2026 and pre-empting California from setting tougher tailpipe pollution rules than the federal government.

Once the plan is finalized, lawsuits are sure to follow. And while the lengthy court battle plays out, automakers fear they could be left with regulatory uncertainty that undermines long-term planning.

Many automakers have been tight-lipped about the rollback for fear of angering the president or drawing unfavorable media coverage. But three auto industry lobbyists agreed to speak with E&E News on the condition of anonymity.

To be sure, the lobbyists interviewed for this story don’t represent the entire industry. Yet they paint a clearer picture and timeline of how the dismantling of President Obama’s most consequential climate rules went wrong.

In 2012, the Obama administration finalized the clean car standards as a joint rulemaking between EPA and the National Highway Traffic Safety Administration. The standards were aimed at getting cars and light trucks to travel 54.5 mpg on average by 2025.

As a concession to automakers, Obama agreed to conduct a "midterm evaluation" to see whether the standards were still feasible.

On Nov. 30, 2016, then-EPA Administrator Gina McCarthy released the results of the midterm evaluation. It found that the standards were feasible and that car companies were on track to meet the goals.

But auto industry lobbyists told E&E News they thought the administration rushed to release the results before Obama left office.

In particular, the report didn’t account for the fact that gas prices and electric vehicle sales were lower than projected, making it harder to comply with the standards, the lobbyists said.

"It was sort of a last-minute, out-the-door determination in the last year of the Obama administration," said one lobbyist. "And with that determination, they didn’t acknowledge any of the realities."

Ending the ‘assault’ on carmakers

Automakers were optimistic when Trump entered office. They saw him as sympathetic to their concerns, and they presented a unified front at a meeting shortly after his inauguration.

"As the Trump administration was starting to go down this road, I think the industry was fairly well-aligned and together," said one lobbyist.

In March 2017, Trump announced that his administration would reassess the Obama-era standards. He told a crowd of cheering union workers that he would "ensure that any regulations we have protect and defend your jobs, your factories."

"The assault on the American auto industry is over," Trump said while standing in front of a banner that read "Buy American-Hire American."

In April 2018, then-EPA Administrator Scott Pruitt announced the conclusion of that review. "I am determining that those standards are inappropriate and should be revised," Pruitt said in a closed-door event at EPA headquarters (Greenwire, April 3, 2018).

That seemed like a positive development at the time, one lobbyist said.

The Obama administration’s midterm review didn’t account for "some big changes in the marketplace in the intervening five years," that person said. "So there’s no doubt that the industry asked for an opening of the midterm review, which the administration did."

In May 2018, the Trump administration released a proposed rule with options for revising the Obama-era car rules. The "preferred option" was freezing fuel economy requirements at 2020 levels through 2026 and revoking California’s Clean Air Act waiver for greenhouse gases.

That caught two lobbyists by surprise. They had been expecting the administration to propose "splitting the difference" between the Obama-era standards and a freeze.

The standards imposed by Obama increased fuel economy of vehicles by roughly 5 percent each year. "Splitting the difference" would essentially involve transitioning to 2.5 percent annual increases.

"It’s about splitting the difference between what the administration wanted and what California wanted," said one lobbyist.

Said another: "We’ve been pretty consistent about trying to send a signal that we want what we considered a landing zone of splitting the difference."

Lobbyists also said they were disappointed to see the Trump administration propose withdrawing California’s waiver, undermining the possibility of one national program for fuel efficiency.

"I think we would share the sentiment that one national program is, dare I say, vital for us in doing business in the U.S.," one lobbyist said. "To have two sets of standards, or a set of standards that are challenged legally, would not be good for anybody."

Sources also said their companies had expected the administration to offer more "compliance flexibilities," or credits for technologies that help reduce emissions, such as more efficient air conditioning systems. Environmentalists describe these credits as "loopholes" because their benefits aren’t well-verified.

The White House held a call with automakers in February to urge them to publicly support the rollback. But since the call, not one automaker has issued such a statement of support (Greenwire, March 8).

So how did things get to this point?

One lobbyist suggested that political appointees at the Department of Transportation genuinely think they’re helping the automakers. Chief among them is Deputy Secretary of Transportation Jeffrey Rosen, who is said to be driving the rollback (Greenwire, Feb. 20).

"What they’re not taking into consideration is that this is a very complicated situation. And to try to easily solve it only ends up throwing this thing into disarray and into the court system."

Another lobbyist pointed to miscommunication between the White House and California.

"It does seem like there was a lot of failure to communicate," that person said. "It doesn’t seem like [the negotiations between the White House and California] ever really became substantive or that responses were given when ideas were thrown out, maybe on either side."

A third source suggested that the Trump administration focused too much on reducing the upfront cost of new vehicles, to the exclusion of other factors such as regulatory certainty.

Dan Becker, executive director of the Safe Climate Campaign, has been advocating for aggressive clean car standards for more than a decade. He cautioned against drawing too many conclusions from the three lobbyists’ sentiments, which may not be representative of the industry as a whole.

"Different automakers appear to have slightly different positions," Becker said. "All want flexibilities or loopholes. Some would be willing to deal with California. And some oppose attacking California’s authority. But none of them is willing to stand up in public and say that."