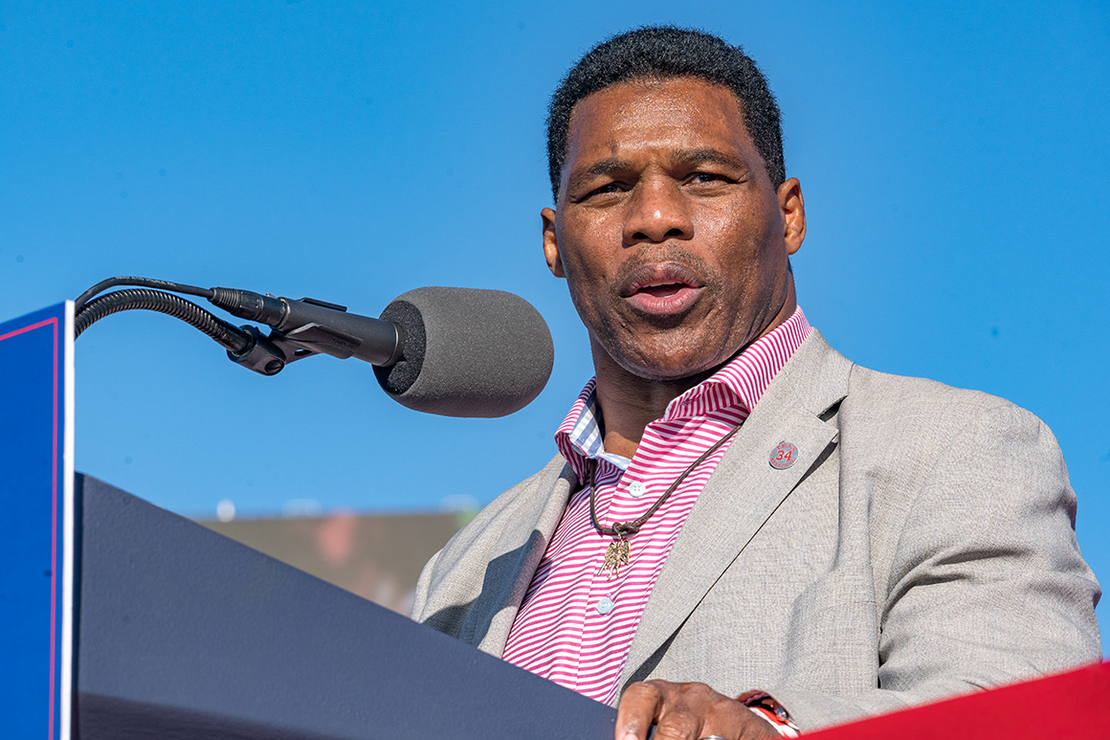 Walker, a renowned football player recruited for the Senate race by former President Donald Trump, has so far tried to avoid scrutiny on the campaign trail. He declined to debate his primary opponents. And he’s mostly avoided questions from the media, especially since he acknowledged fathering three children whom he had previously kept secret.

Walker is challenging Democratic Sen. Raphael Warnock in what is expected to be one of the most competitive races to decide control of the 50-50 Senate.

On Saturday, Walker spoke at the Hall County Republican Party’s Independence Day picnic. Organizers barred reporters from attending and ejected a reporter for Atlanta’s WABE radio news, the reporter wrote on Twitter. But footage of the event was later uploaded to the county party’s Facebook page.

“Y’know, climate change — I’m gonna help y’all with that real quickly, and I’m gonna do it in the Wrightsville way, so you can understand what I’m saying,” Walker said, referring to his own birthplace.

“We in America have some of the cleanest air and cleanest water of anybody in the world,” he said, before mocking Democrats’ climate proposals. “So what we do is, we’re gonna put from the Green New Deal, millions or billions of dollars cleaning our good air up.”

“So all of a sudden — China and India ain’t putting nothing into cleaning that situation up. So all that bad air [is coming from them],” he continued. “But since we don’t control the air, our good air decide to float over to China’s bad air.

“So when China gets our good air, their bad air got to move. So it moves over to our good air space. And now we got to clean that back up,” he said.

Climate pollution raises temperatures across the globe, not just where it originates. While some countries can be more or less vulnerable to the effects of climate change, that often stems from their resilience to natural disasters and economic shocks — not from their emissions. Many of the most vulnerable countries emit the least climate pollution.

The United States is the largest historical emitter of climate pollution, though China now emits it at the fastest rate. Some of China’s pollution comes from manufacturing goods for export to the United States. Some research suggests that manufacturing those U.S.-bound goods in China does worsen air quality in the western United States while improving it in the East.

In 64 words, Walker’s website outlines his energy views without explaining what he actually wants to do.

“Gas and energy prices are skyrocketing as a result of bad Democratic energy policy decisions. If there’s one thing we’ve learned from the past year, America cannot depend on other countries for our essential resources, including energy. Herschel will fight to make America energy independent once again, leading to lower gas prices, more American jobs being brought back from overseas, and stronger national security,” it reads.