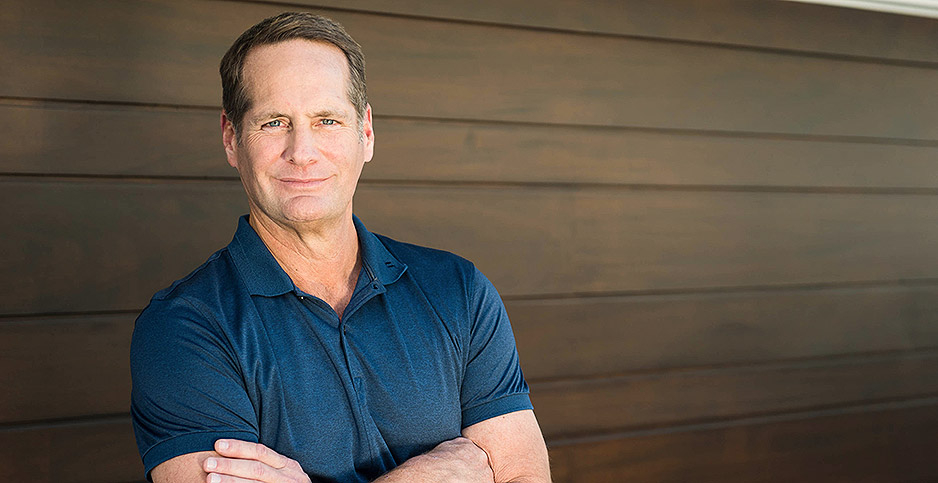 Democrats heading into 2020 may want to take notes from Harley Rouda.

The political newcomer and Republican-turned-Democrat appears poised to oust one of the most outspoken climate skeptics on Capitol Hill: Republican Rep. Dana Rohrabacher of California.

And he did it in part by focusing on the environment.

"To have a climate change denier certainly brought a lot of votes our way," Rouda said during an interview yesterday as he waited for a final count on his challenge for California’s 48th District, which is based in Orange County and stretches from Seal Beach to Laguna Niguel.

Rohrabacher — known for outrageous statements, pro-Russia views and loyalty to President Trump — has represented the Orange County area in Congress for nearly 30 years (E&E Daily, Oct. 10). The area has long been synonymous with posh suburbs, a Republican stronghold in blue California. That changed under Trump.

Hillary Clinton barely won the district in 2016, which made Rohrabacher a top target coming into the midterms. Rouda’s success in California’s 48th mirrors a national trend of suburban House districts turning against the GOP, a key driver in Democrats’ taking control of the chamber.

Rouda, a real estate executive and Ohio native, is currently holding more than 51 percent of the votes compared with Rohrabacher’s 48.8 percent, with 100 percent of the precinct reporting. And he’s confident a call in his favor will arrive within days.

Should Rouda secure the seat, he plans on bringing with him a push for clean technology and energy, as well as a desire to acknowledge and address climate change — and hopes of securing a spot on the House Energy and Commerce Committee.

The 56-year-old grew up in Columbus, where his father established a real estate brokerage that Rouda eventually took over. After selling the startup, which is now a subsidiary of Berkshire Hathaway Inc., Rouda moved to California in 2007 with his wife, who grew up on the state’s northern coast.

Rouda spoke yesterday to E&E News about counting ballots, the dynamics of Orange County and the effects of climate change.

When will they call the election?

I think we’ll know effectively within a few days if we’ve won.

You’re leading at 51 percent right now. Are you confident that will hold?

Yes. It’s "all but official," is basically the messaging that we’re getting. And again, that’s because the provisional votes they’re counting should look like Election Day votes, which we won by 2 points. And the remaining mail-in ballots should look like the rest of the ballots that came in literally just before the election.

All of that is toss-up or favorable to us but shouldn’t be a big swing to him.

You ran as a Democrat in an area that’s considered a Republican hotbed. What can Democrats learn from your success going into 2020?

I think all candidates for all districts need to be defined by who they’re going to represent. And for this district, a moderate is what worked, and that’s why we are succeeding.

The extremist positions of Dana Rohrabacher and the extreme right of the Republican Party do not play as well in this district as perhaps they do in other parts of the country.

Are environmental issues a winning strategy?

I have yet to meet a Republican who wants to see more offshore drilling off Orange County’s coastline — even though Rohrabacher has supported it; he wants to be first in line to open up new rigs.

Rohrabacher has been one of the most outspoken skeptics in the House.

The logic there, to me, just comes back to the fact that he’s received so much money from the fossil fuel industry; it’s the reason he’s taken the position he’s taken.

Did your message resonate in Orange County because people are more concerned about climate change, or is the county’s makeup shifting?

It’s both. You go out to Balboa Island and see the sea wall around the island that was just raised another foot. It was raised another foot for a reason. It’s a daily visual reminder that climate change is causing rising seas and more violent storms and changing weather patterns.

Do you think Republicans will embrace climate science?

For the sake of our country and world, I sure hope so.

Are you going to focus on climate if you get to the Hill?

What policies do you support?

Whether it’s cap and trade, whether it’s the dividend, other economic incentives to push forward clean tech and clean energy, they all need to be on the table and discussed. Right now, for every $80 of incentives for the fossil fuel industry, we have $1 for renewable energy.

Which committees do you want to serve on?

I’d like to be on Energy and Commerce. I’d focus on that clean tech and green energy industries and jobs.

You’ve been a Republican for decades. When did you switch?

I left the Republican Party in 1997. I was an independent until after the 2016 election. I voted for Hillary Clinton [in the presidential election].