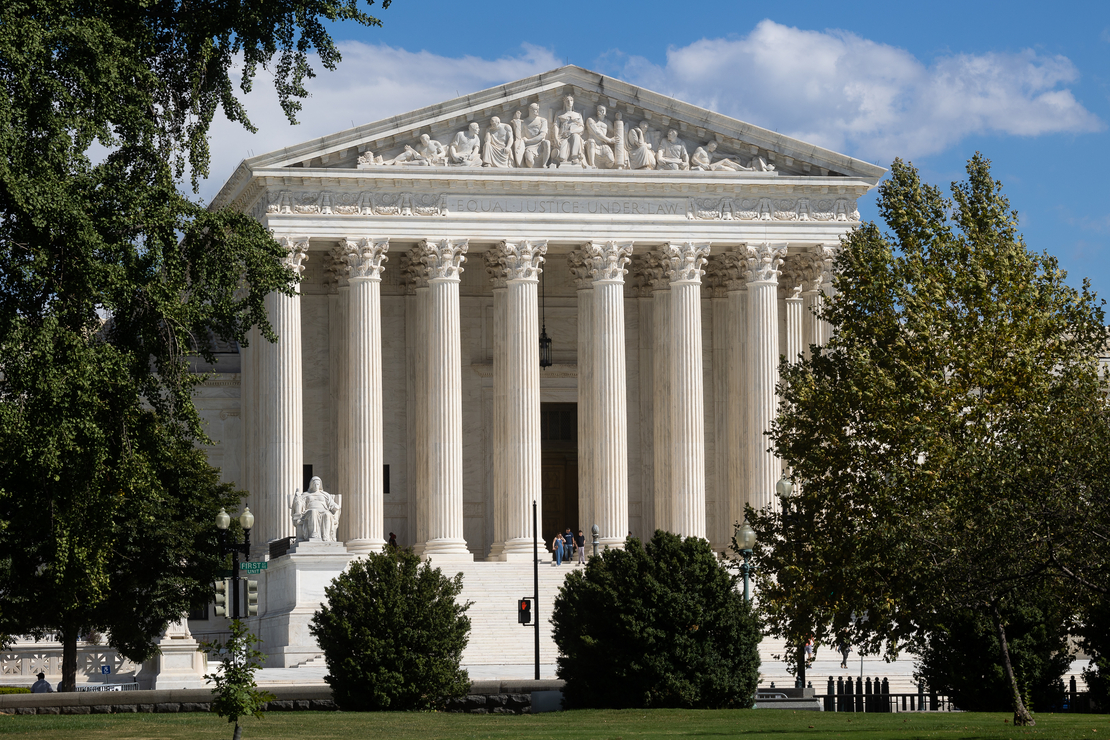 The Biden administration may have a tougher time rectifying decades of environmental injustices if the Supreme Court chooses to stop universities from considering race in admissions decisions.

During their Monday session, the justices are scheduled to hear marathon arguments from attorneys representing the University of North Carolina, Chapel Hill, and Harvard College — as well as students the institutions have rejected — over whether schools violate Title VI of the Civil Rights Act by “overemphasizing race” when choosing among applicants.

Title VI — which guarantees U.S. citizens will not be discriminated against based on race, color or national origin under any initiative receiving federal funds — has also been a centerpiece of President Joe Biden’s efforts to address the disproportionate exposure of Black communities and communities of color to pollution and the ravages of climate change.

Observers expect the Supreme Court — now dominated by six conservative justices — to be sympathetic to student challengers’ claims that the use of race as a factor in admissions decisions has kept Asian and white students from attending elite universities. A broad ruling from the court could have ripple effects far beyond academia.

When the White House Council on Environmental Quality unveiled a new screening tool in June to identify disadvantaged communities for clean energy and infrastructure investments, race was missing as an indicator.

A CEQ spokesperson appeared to suggest at the time that the omission of race was intended to help the screening tool “endure” legal challenges (Climatewire, June 1).

Biden had also promised targeted loan relief for farmers of color but has since broadened the eligibility requirements after facing blowback in federal court (Greenwire, Oct. 18).

“It’s a thorny issue because using race can pit groups against each other,” said Tanya Nesbitt, a partner in the environmental practice group at the firm Thompson Hine LLP. “But the flip side of that is you have communities or issues that are perhaps not covered or identified as well in the data.”

She added: “Regardless of how the Supreme Court rules, the administration is keen to set up a framework that will survive judicial scrutiny.”

Court rulings requiring “so-called race neutrality” ignore the fact that “our current system is not race-neutral, and agencies working on environmental justice, they’re faced with the need to correct environmental injustice in a system that perpetuates that injustice,” said Emily Hammond, a professor and vice provost for faculty affairs at George Washington University Law School.

Hammond continued: “An adverse ruling in this admissions case could limit the kinds of tools that agencies could use to address the core of environmental justice — which is race.”

In its petitions to the Supreme Court in the Harvard and UNC cases, Students for Fair Admissions asked the justices to activate the “self-destruct mechanism” contained within a 2003 ruling that upheld consideration of race as one of many factors in admissions decisions.

“We expect that 25 years from now, the use of racial preferences will no longer be necessary to further the interest approved today,” Justice Sandra Day O’Connor, who penned the majority opinion in Grutter v. Bollinger, wrote at the time.

Students for Fair Admissions — an organization that says it represents more than 20,000 students and parents, many of whom are Asian American — said that while it recognizes that a 2028 end date for affirmative action was “somewhat arbitrary, the principle underlying it was not.”

They continued: “Anyone treating Grutter as a permanent blessing of race-based admissions is failing to heed the opinion itself.”

The group is headed by Edward Blum, a conservative legal strategist known for his opposition to affirmative action policies based on race and ethnicity.

Attorneys for the student challengers wrote that Grutter has “no support” in the 14th Amendment, which was ratified in 1868 to address citizenship rights and equal protection in response to actions by some states to restrict the rights of former slaves after the Civil War.

“The Amendment, according to its framers, enshrines the principle that ‘free government depends on the abolition of all distinctions founded on color and race,’” the group wrote.

Arguments for race-neutral policies have raised the ire of the U.S. solicitor general’s office — which will argue Monday alongside the universities — as well as lawmakers and scholars.

In a friend of the court brief in the Harvard and UNC cases, 19 law and history professors said that the claims by Students for Fair Admissions are inconsistent with the 14th Amendment.

“Nothing in the original meaning of the Fourteenth Amendment … clearly prohibits race-conscious admissions policies,” the professors wrote.

Rather, they continued, the authors of the 14th Amendment intended “to bar States from enacting and enforcing laws that subordinated people based on race and to permit as constitutional actions designed to ameliorate the conditions of members of a subordinated race.”

Jackson positioned race-conscious policies as consistent with the intent of the authors of the Constitution, a legal approach known as originalism that is favored by conservative jurists.

“I don’t think we can assume that just because race is taken into account that that necessarily creates an equal protection problem,” Jackson said, according to a transcript of the Oct. 4 argument in Merrill v. Milligan.

She added later: “We looked at the history and traditions of the Constitution, at what the framers and founders thought about, and when I drilled down to that level of analysis, it became clear to me that the framers themselves adopted the equal protection clause, the 14th Amendment, the 15th Amendment, in a race conscious way.”

Jackson, a Harvard graduate and former member of the school’s board of overseers, recused herself from the Harvard case, but not from the UNC case, which will be heard separately.

“The bottom-line problem here is that environmental injustice is at its core racial injustice, and failing to meet that very difficult aspect of our society head-on means that if you care about efficient government, we’re not doing it efficiently. If you care about restorative efforts, we’re not focusing them where they need to be focused,” Hammond said.

“If we’re thinking about how we establish better procedures that do start to eliminate the structures of power that have caused such harm to underrepresented minority communities, we’re undermining that, as well, if we don’t focus on the actual problem — and that is indeed racial injustice.”

Arguments begin at 10 a.m. Monday at the Supreme Court.