High stakes for Biden in State of the Union climate message 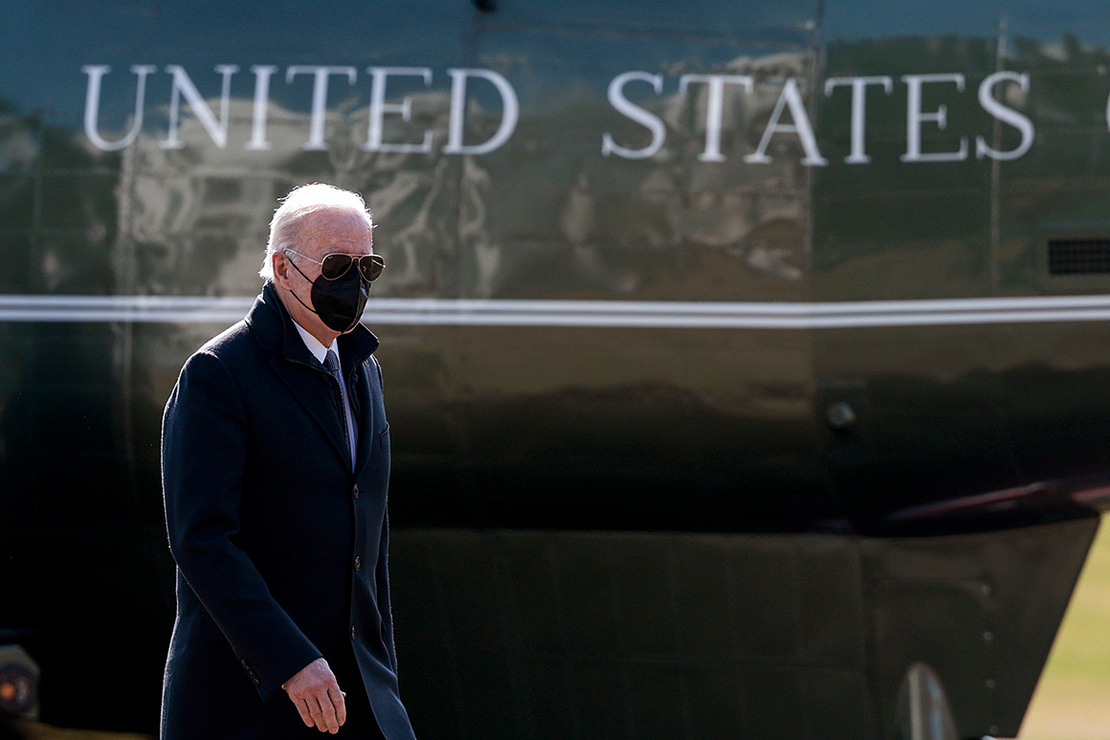 Progressives are pressuring President Biden to use his State of the Union address tonight to demand bold climate action and resist calls for more domestic drilling in response to the Russian invasion of Ukraine.

Environmentalists on Capitol Hill say the urgency is only mounting for the nation’s leader to endorse aggressive climate policies in his prime-time speech.

“We should commit to getting the … climate spending through,” said Rep. Ro Khanna (D-Calif.), last night. “He should make that front and center of the agenda.”

The “Build Back Better Act,” a sweeping social spending bill with a $550 billion investment in clean energy, emissions reductions and conservation, is currently in limbo. Congressional climate hawks and environmental advocates want to hear Biden commit to using his political muscle to see this legislation through.

Biden is also preparing to speak against the backdrop of a stunning report from the U.N. Intergovernmental Panel on Climate Change, released yesterday, warning that global warming is occurring at a rate faster than anticipated and that Earth will struggle to adapt (Climatewire, Feb. 28).

Biden will also likely have to address how energy prices and oil exports will be affected by U.S. sanctions against Russia for its invasion of Ukraine, and progressives are hopeful the president will meet the moment there — not in calling for an expansion of domestic energy production but in promoting the transition to renewables.

“We’re seeing a lot of conjecture around Putin’s invasion of Ukraine, and there’s this idea that we should double down, or even triple down, on fossil fuel infrastructure,” said Rep. Alexandria Ocasio-Cortez (D-N.Y.). “The fossil fuel industry and lobby are using this as a window of opportunity to help them save themselves, and we cannot allow that to happen.”

“I hope [Biden] explains that he’s looking at the big picture,” Huffman said of the president in regards to his discussion of energy resources and Ukraine, “and not just this myopic attempt by the fossil fuel industry to exploit this moment into decades of additional dependence on fossil fuel.”

Biden, who has called climate change an “existential threat,” will surely make some reference to the environment in his speech tonight.

“In his first State of the Union address, the President will call on Congress to deliver on a legislative agenda for clean energy and climate action that has overwhelming support from the American people — Republicans, Democrats, and Independents,” according to a fact sheet provided by the White House yesterday.

“Specifically,” the fact sheet continued, “the President will lift up the benefits we can secure for American consumers, companies, and communities by enacting critical investments and tax credits for domestic clean energy manufacturing and deployment. He will also highlight how the investments and tax credits would cut energy costs for American families an average of $500 per year.”

Beyond this pitch, however, it remains to be seen whether the climate portion of the speech will offer specific deliverables or constitute broad generalities.

“I hope that he’ll actually have a message that’s not just about climate but about climate denial and climate obstruction, and how that has to be dealt with,” said Whitehouse.

It’s also not clear whether Biden will call for the revival of the “Build Back Better Act,” which was written to pass through the budget reconciliation process, or merely support some of the policies contained in that legislative package.

Rep. Pramila Jayapal (D-Wash.), the chair of the Congressional Progressive Caucus, said she was less concerned about hearing the bill touted by name than she was about hearing Biden embrace the policies it contains. “I don’t care what we call it,” she told reporters last night.

Rep. Scott Peters (D-Calif.), a moderate member of the House Energy and Commerce Committee, said he hoped Biden discussed both a path forward for the “Build Back Better Act” and the administration’s vision for how it might expand upon the bipartisan, $1.2 trillion infrastructure package signed into law late last year.

“We’ve done a lot in the infrastructure bill to do high-voltage interstate transmission, to do electric vehicle charging. Stuff that is sort of nuts and bolts,” Peters said. “Obviously there’s so many more components to do, and I hope he talks about what his plans are to tackle next … and maybe what we can salvage out of reconciliation.”

But in a sign of how progressive climate hawks are quickly losing patience, Ocasio-Cortez said she wasn’t interested in hearing Biden say anything about the bipartisan infrastructure bill’s contributions to fighting climate change.

“If we’re talking about bare minimum, I think, really, discussing any plan for the climate crisis beyond the very minimal climate investments in the bipartisan infrastructure plan, which many assessments say is essentially a carbon wash,” she said. “While it has some nice little talking points here and there, it doesn’t meaningfully decarbonize, and it doesn’t meaningfully help the U.S. drive down emissions. In terms of bare minimum, there’s been very little from the administration on how they plan to do that.”

Not everyone is anxious about Biden’s agenda, however. Sen. Brian Schatz (D-Hawaii), who works closely on climate legislation in Congress, wasn’t looking at the State of the Union speech as a litmus test for whether the president cares about the environment.