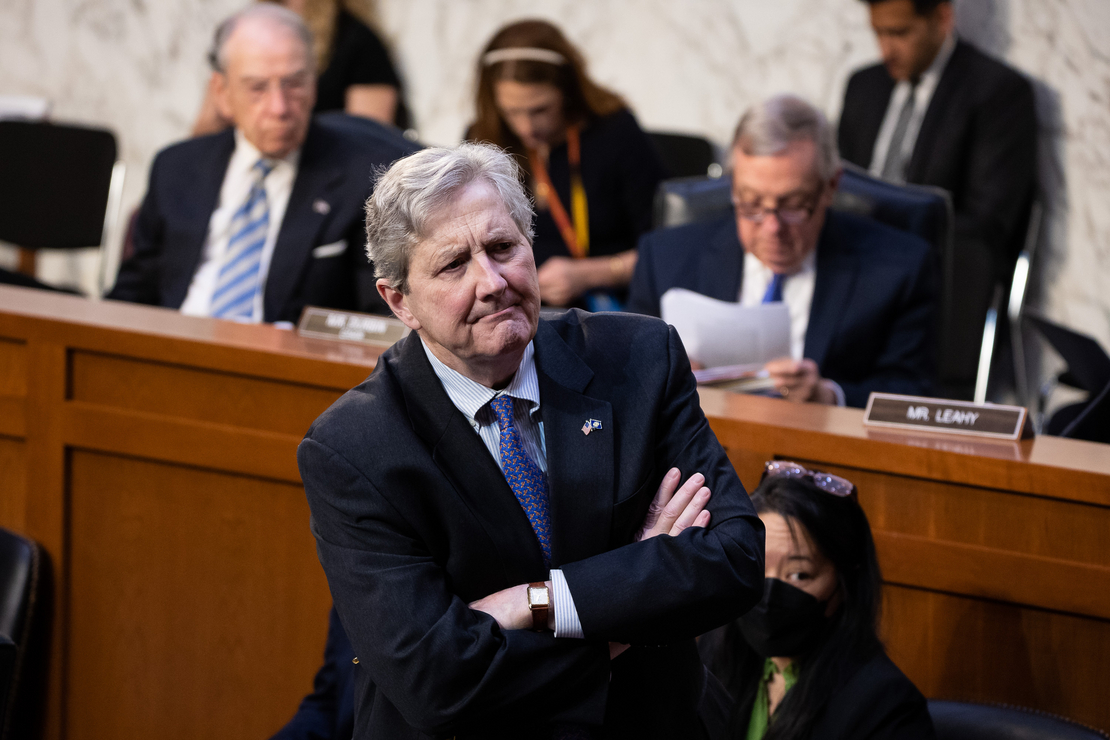 They ranted and complained, they hectored administration officials, and they tried to stop it with legislation.

But members of Congress have failed to block a historic restructuring of the federal government’s flood insurance program that aligns premiums more closely with each property’s flood risk. The program begins tomorrow for millions of people.

The restructuring, called Risk Rating 2.0, revises premiums for the 5 million policyholders in the government’s National Flood Insurance Program. Premiums will be based on a more precise and accurate analysis of flood risk — a revision that climate advocates say will discourage development in flood zones by making insurance costlier in those areas.

Several lawmakers from coastal states have loudly protested Risk Rating 2.0, saying it would raise insurance premiums for some of their constituents and cause some homeowners to drop flood coverage. But legislation to weaken or block Risk Rating 2.0 has not moved, stalled by a lack of support and general congressional gridlock.

“The sclerosis of Congress may allow a good thing to happen in this case,” said R.J. Lehmann, a flood-insurance expert at the International Center for Law & Economics. “Those who would block it understand they don’t have the votes.”

Congressional critics of Risk Rating 2.0 said they will be monitoring its effect.

“We must be laser focused making sure current policyholders don’t find themselves now in the awful position of having to forfeit flood insurance because of rising premiums under Risk Rating 2.0,” Sen. Robert Menendez (D-N.J.) said in a statement to E&E News. “The price of flood insurance is already out of reach for many looking for coverage.”

Sen. John Kennedy (R-La.) said in a statement that Risk Rating 2.0 is “making flood insurance unaffordable for Louisianians” and that the administration “should stop implementing the program immediately.”

Kennedy introduced S. 1960 in June that would give Congress control of flood-insurance premiums instead of the Federal Emergency Management Agency, which runs the insurance program and devised Risk Rating 2.0. Kennedy’s bill has no co-sponsors and has not been taken up in the Senate committee handling it.

Legislation that would freeze flood premiums until Sept. 30 also has stalled in congressional committees.

Although the new rate structure takes effect tomorrow, property owners will not see revised premiums until they renew their flood policies over the next year. Flood insurance is sold separately from homeowners’ insurance, and the NFIP provides most of the nation’s flood coverage.

“Risk Rating 2.0 is long overdue. It serves the long-term interests of constituents by providing fairer rates based on their unique flood risk,” said Laura Lightbody, director of the flood-prepared communities initiative at the Pew Charitable Trusts.

“Once it’s implemented, that makes it harder to halt,” Lightbody added. “As we see it play out, there may be a greater understanding about the benefits some policyholders are seeing in terms of [premium] decreases.”

The best hope for congressional opponents of Risk Rating 2.0 appears to be limiting the amount by which FEMA can increase individual premiums in one year. Federal law currently allows increases of up to 18 percent. Bipartisan legislation in the House and Senate would lower that to 9 percent.

But the 9 percent limit is included as one section in broad legislation that would reauthorize and make numerous changes to the National Flood Insurance Program. Congress has tried — and failed — for five years to approve an NFIP overhaul.

“The divides that remain over the core legislation have not been resolved, and it doesn’t look like there’s much progress in resolving them,” said Lehmann, who testified at a Senate Banking, Housing and Urban Affairs Committee hearing in May on the NFIP overhaul. “It does not appear to me there’s any appetite to take up significant changes.”

Menendez of New Jersey is sponsoring the NFIP-overhaul S. 3128, in the Senate. He said his bill ensures insurance premiums “will be affordable” while authorizing additional spending on projects that mitigate flood risk and improve FEMA’s flood maps.

Rep. Frank Pallone (D-N.J.) has introduced an identical bill in the House. The bills have co-sponsors from both parties from states on the Atlantic and Gulf coasts. Both bills were introduced in November and have not been taken up by the committees handling them.

Although Risk Rating 2.0 begins tomorrow for people who are renewing their NFIP policies, the program began Oct. 1 for people who bought new policies through the NFIP.

FEMA records show that the number of NFIP policies is roughly the same as it was in September.