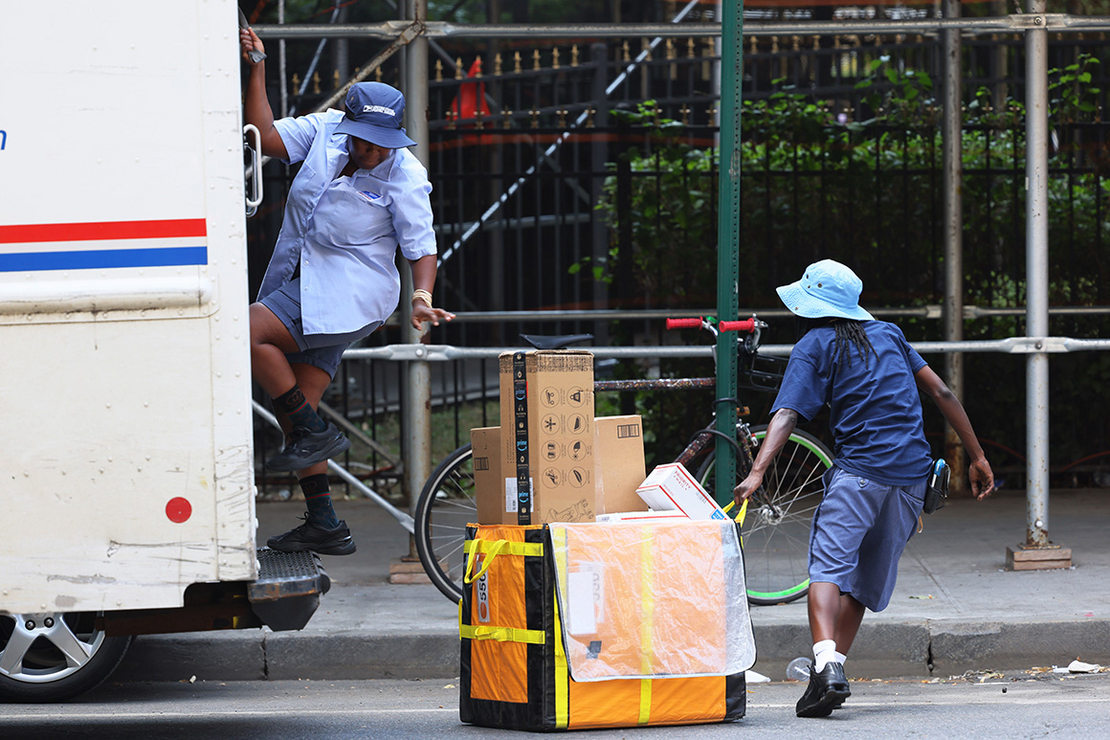 As temperatures rise, so does human anger and aggression.

That’s the takeaway from two new studies published in the past week — the latest in a growing collection of literature linking extreme heat to changes in human temperament and behavior.

The newest paper, published Monday in the journal Proceedings of the National Academy of Sciences, suggests that hotter temperatures may drive an increase in workplace harassment and discrimination.

Harvard University doctoral student Ayushi Narayan, the study’s author, looked specifically at the U.S. Postal Service by examining more than 800,000 harassment and discrimination reports filed with the agency’s Equal Employment Opportunity Office between 2004 and 2019. She noted the location where each incident occurred and assembled local weather data for each report.

Narayan also conducted an extra analysis, comparing the date that incidents occurred with the date the reports were filed. She found that the higher temperatures were correlated with the incidents themselves, not employees’ decisions on when to file the charges.

“Taken together, my findings show that heat stress can increase incidents of workplace harassment and discrimination,” Narayan wrote.

A second study, published last week in the medical journal The Lancet by a group of researchers from the Potsdam Institute for Climate Impact Research in Germany, suggests a link between weather and online hate speech. The study used a machine learning technique to identify hate speech on Twitter, analyzing 4 billion tweets across nearly 800 U.S. cities between 2014 and 2020.

Neither of the new studies necessarily explains how extreme heat may be driving harassment and hate speech. They simply demonstrate that the two things are connected. When temperatures increase, these incidents increase as well.

But research generally suggests that there are links between high heat and human aggression. Various studies have indicated that certain violent crimes increase when temperatures rise.

A 2021 comment in the The Lancet, published by a group of researchers from Monash University in Australia, noted that there are two main theories on why this happens.

The first, known as the “temperature-aggression theory,” suggests that extreme heat increases human discomfort and frustration, triggering aggression and upping the risk of interpersonal conflict. But this theory doesn’t explain the whole story. Some studies suggest that violence increases even when temperatures rise from cold to mild conditions, which wouldn’t be expected to cause so much aggravation.

That’s where the second theory comes in. Known as the “routine activity theory,” it suggests that higher temperatures may alter human behaviors in ways that simply increase human contact and create environments where conflict might arise. For instance, milder winters might result in more people being outside and interacting with one another.

As global temperatures keep on rising, experts suggest that these kinds of conflicts may become a growing problem. The Lancet comment noted that “interpersonal violence in hot weather is likely to continue and increase in the future with increasing temperature due to climate change.”

The two new studies build on the growing body of literature connecting interpersonal violence and rising temperatures. They suggest a number of avenues for temperature-related human conflict beyond the scope of violent crime.

Narayan notes that her research demonstrates that “heat-induced aggression can emerge in more ordinary contexts.”

The study also suggests that reducing heat stress in the workplace addresses multiple problems at once. It not only makes the workplace healthier and less physically stressful for employees, but it may reduce harassment, discrimination and inequality as well.

The Lancet study, for its part, points out that research has already linked climate change with negative mental health effects, including various forms of climate-related anxiety. A potential increase in online hate speech, it suggests, could become “a new impact channel through which climate change could affect aggression and mental health.”