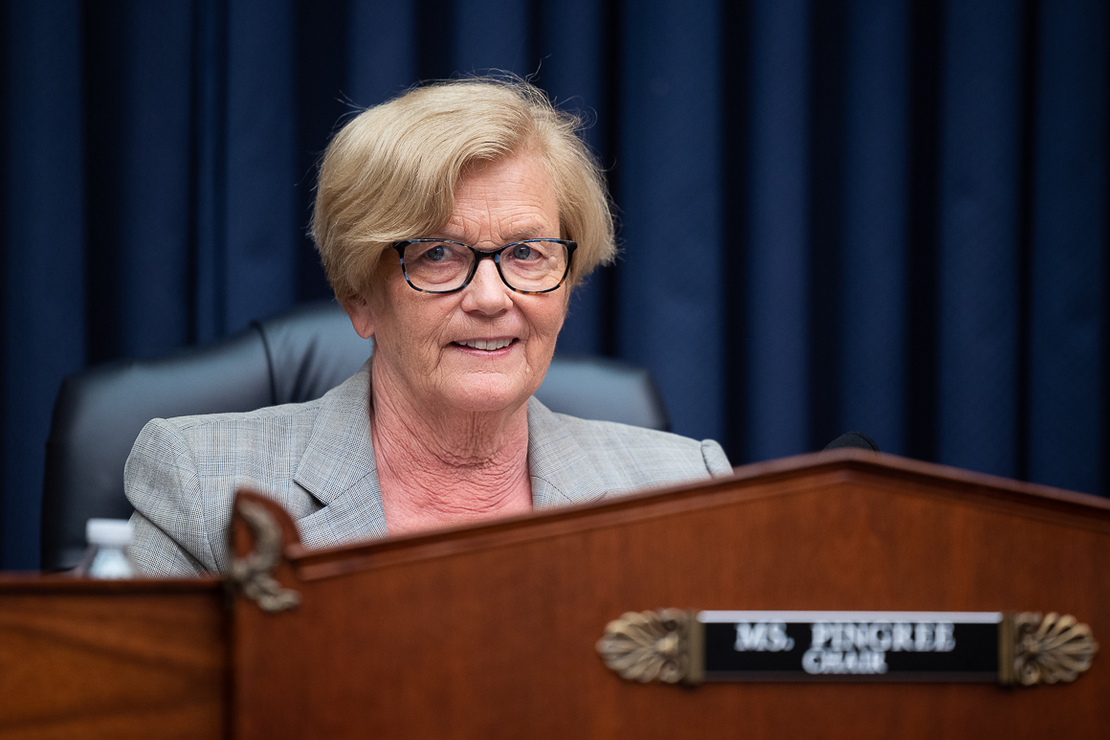 The Interior-Environment bill for fiscal 2023 would be a $6.8 billion, 18 percent increase over current funding levels. The legislation, released late afternoon yesterday, is slated for a subcommittee markup this afternoon.

Rep. Chellie Pingree (D-Maine), chair of the Interior-EPA Appropriations Subcommittee, said in a statement the bill supported Biden’s budget request and would “further the United States’ commitment to clean energy, environmental justice, health infrastructure on tribal lands, and the arts.”

“Through investments in clean energy technology, climate mitigation programs, and by restoring environmental protection, the Interior bill will take a whole-of-government approach to securing a safe and habitable world for future generations,” Pingree said.

The subcommittee will likely advance the legislation without amendment. Republicans, who have balked at federal spending increases, are expected to offer changes during next week’s full committee markup.

“We are in the middle of a climate crisis,” DeLauro said. “All around the world, climate change is fueling conflicts over scarce resources, forcing families from their homes, and increasing human suffering. With this bill, House Democrats are confronting this crisis while creating good-paying American jobs.”

EPA would receive $11.5 billion for fiscal 2023 under the legislation, roughly a 21 percent increase or $2 billion more over the agency’s current funding of $9.5 billion.

Despite the sizable boost, the legislation is less ambitious than Biden’s budget for EPA, which would give the agency nearly $11.9 billion, according to administration documents.

Administrator Michael Regan pleaded with appropriators during hearings this year to up his agency’s resources as he looks to increase staff to help tackle climate change and champion environmental justice (E&E News PM, May 17).

EPA’s science and environmental programs would also be boosted under the new bill. They would get $4.67 billion, about $951 million more than current funding.

House Democrats want $679.9 million — $92.7 million more than current levels and $101.3 million above Biden’s budget plan — for the agency’s geographic programs. Those are regional cleanup efforts geared toward bodies of water like the Great Lakes and the Chesapeake Bay.

In addition, EPA would receive $126 million for scientific and regulatory work on per- and polyfluoroalkyl substances, or PFAS. That figure matches the president’s budget request and is greater than the $74 million the agency secured in fiscal 2022.

Other EPA programs popular among lawmakers would see budget increases of tens of millions of dollars over current funding in the House bill.

State and tribal assistance grants would receive $5.18 billion, which includes:

The Superfund program would receive $1.31 billion, about $81 million over current funding, under the new House bill.
Further, the legislation includes $65 million for 10 new grant programs set up by the Drinking Water and Wastewater Infrastructure Act, which was part of last year’s bipartisan infrastructure agreement.

The Interior Department would see its overall budget increase to $16.6 billion, $2.1 billion over the fiscal 2022 spending level Congress approved earlier this year.

But even though the proposed topline for Interior is substantially less than the $18.1 billion Biden requested in his fiscal 2023 budget, most of the department’s bureaus would see more money under the House Democrats’ proposal.

The Bureau of Land Management’s fiscal 2023 budget, for example, would rise to $1.5 billion, roughly $135 million over the current funding level of $1.41 billion.

Some of BLM’s biggest management priorities would see significant hikes, including $156 million for the bureau’s Wild Horse and Burro Program — a $19 million bump over the current spending level of $137 million.

The bill would require $11 million to be dedicated toward research on temporary fertility control vaccines. Biden requested $153 million for the program in his fiscal 2023 budget proposal.

BLM would also see a significant uptick in funding — for the first time in years — for its National Conservation Lands system. Spending would rise to $70 million from the $49 million currently. Biden requested $68 million in his budget proposal.

A large group of House Democrats in April sent a letter to the Interior-EPA Subcommittee encouraging them to substantially increase funding for the system in the fiscal 2023 budget (Greenwire, May 6).

The bill also includes $81 million to assist BLM in protecting greater sage grouse at a time when the bird and its Western habitat are disappearing.

Funding highlights for other Interior agencies include:

The legislation contains $900 million in mandatory spending for the Land and Water Conservation Fund, as required by the Great American Outdoors Act approved by Congress in 2020.

The House bill includes $3.95 billion for Forest Service programs not directly related to wildfire — an increase of $256 million from this year — plus $2.68 billion in discretionary funds for wildland fire management, or about $600 million more than this year.

The fire management budget would include $321.4 million for removal of hazardous fuels such as dead trees from national forests, as the agency tries to chip away at a backlog of such projects that officials say will take years to seriously reduce.

House appropriators set at $2.2 billion the annual reserve fund for wildfire suppression, in line with the 2018 law establishing that fund to avoid “fire borrowing” for other accounts.

The bill proposes increases in forest rangeland and research, state and private forestry programs, and — in contrast to the Biden administration’s budget proposal — capital improvements and maintenance.