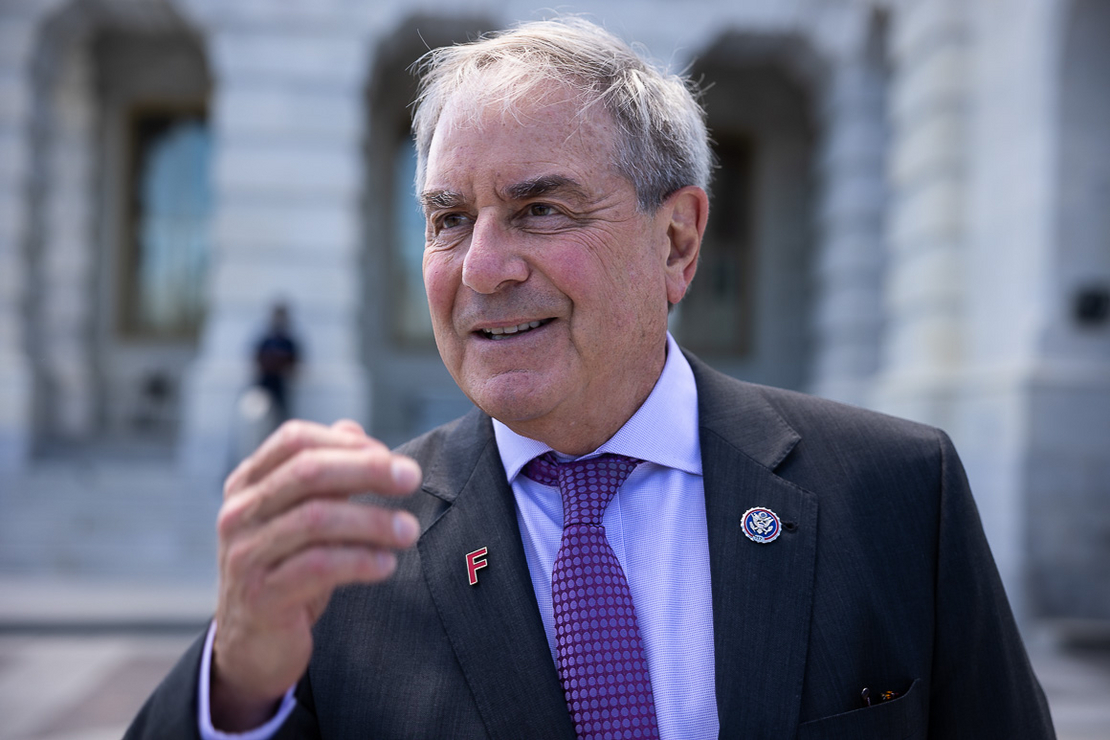 Rep. John Yarmuth (D-Ky.), the chair of the House Budget Committee, will retire and not run for reelection next year, he announced today.

He has represented Kentucky’s reliably Democratic 3rd District, centered on Louisville, since 2007. He became the sole Democrat in the state’s congressional delegation after the defeat of then-Rep. Ben Chandler (D) in 2012.

Yarmuth, 73, said the time has come for him to leave to spend more time with his family and on other endeavors. “Truth be told, I didn’t expect to be in Congress this long. I always said I couldn’t imagine being here longer than 10 years,” he said in a video.

“While I am in excellent health — knock on wood — I know the significant physical demands of the jobs will only become more challenging. I will be 75 when my current term ends, and the desire to have more control of my time in the years I have left has become a high priority,” he continued. “Candidly, I have found new and incomparable joy in spending time with my grandson. And I’d like to spend more of my golden years with my family.”

While he hails from a coal mining-heavy state, Yarmuth has long been one of Congress’ most outspoken opponents of mountaintop removal mining. He has for years sponsored legislation that would have banned the practice, and supported moves by the Obama administration to severely restrict it.

“For far too long, reckless mountaintop removal mining practices have wreaked havoc on the air, water, and land throughout coal communities,” he said in a March statement upon reintroducing the "Appalachian Communities Health Emergency Act," H.R. 2073, which he first sponsored in 2013. The legislation would put a moratorium on mountaintop mining (E&E Daily, March 22).

“Our government should be ensuring the health and safety of its citizens before it considers a single new permit to allow this destruction to continue," he said. "We owe it to coal country, to those families, and to our nation’s future.”

Yarmuth has also advocated for diversifying Kentucky’s economy away from coal, as the energy source has continued to decline in prominence. He’s been a co-sponsor of the "Revitalizing the Economy of Coal Communities by Leveraging Local Activities and Investing More (RECLAIM) Act," which would direct some mine reclamation money toward economic development and similar activities in communities dependent on coal mining jobs (E&E Daily, April 10, 2019).

He voted in 2009 to support "American Clean Energy and Security Act," which would have instituted a cap-and-trade system for greenhouse gas emissions, but never got Senate consideration. As a one-time member of the Energy and Commerce Committee, he fought for incentives to support manufacturing of energy efficiency appliances, policies that would have helped the former General Electric Co. plant in Louisville.

In today’s video, Yarmuth boasted of his work shepherding the American Rescue Plan Act to passage. But he said his work is not finished, as Democrats look to pass the "Build Back Better Act," the reconciliation package currently being negotiated in Congress.

“We can still do much more for the American people,” he said.

Yarmuth, who switched his party affiliation from Republican to Democrat in 1985, was the founder of an alternative weekly, the Louisville Eccentric Observer, and a magazine, Louisville Today.

While 60 percent of the voters in Yarmuth’s district voted for President Biden in last year’s election, state lawmakers — who are majority Republican in both chambers of the Legislature — may seek to break up the district in the upcoming redistricting process, to reduce Democrats’ power there.

Within minutes of Yarmuth’s announcement, at least one Democratic candidate, Morgan McGarvey, announced his bid to run for the open seat in 2022. He is minority leader leader of the Kentucky state Senate. Attica Scott, a progressive state representative from Louisville, announced a bid in July.