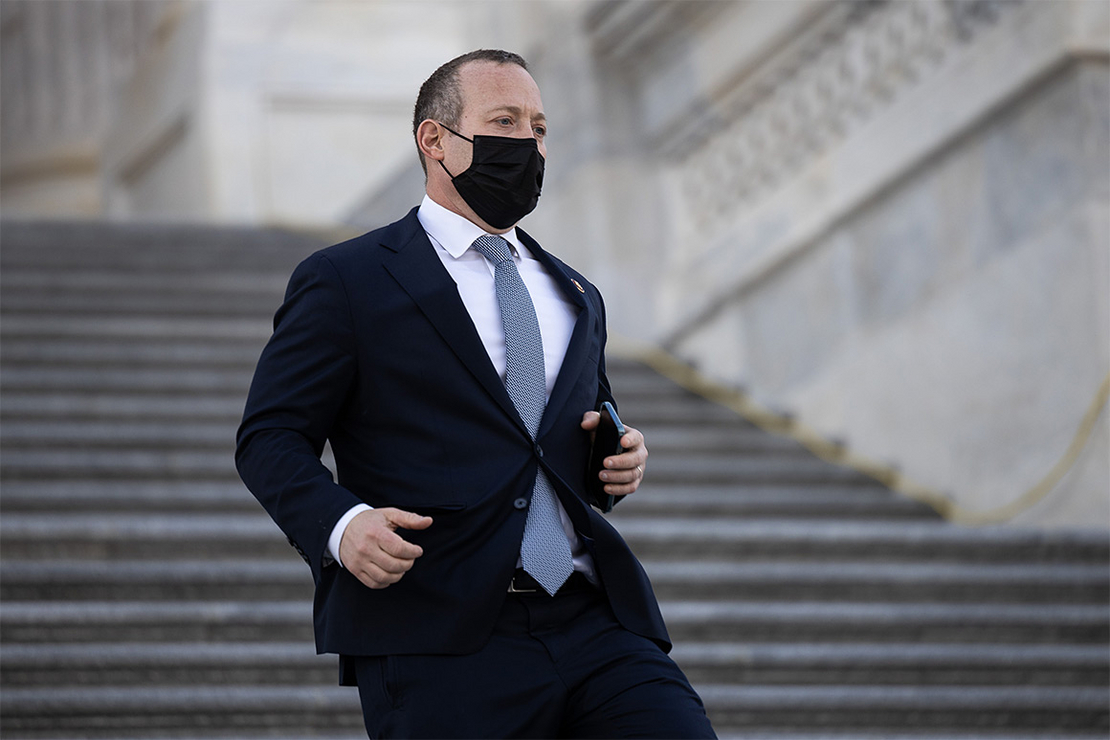 Just days before the House is slated to return to pass a $3.5 trillion budget resolution, a bloc of nine moderate Democrats is reiterating its call to first pass the Senate’s bipartisan infrastructure package.

In a joint statement released this morning, the centrists again called for an immediate vote on the $1.2 trillion bipartisan Senate infrastructure package, H.R. 3684, that passed earlier this month.

In an appearance on MSNBC, Rep. Josh Gottheimer (D-N.J.) said today the solution to the weeklong standoff with Democratic leaders is “pretty simple.” “We vote first on this historic bipartisan infrastructure package, get it done,” said Gottheimer, a chair of the bipartisan Problem Solvers Caucus who has led the push to hold off on voting on the budget resolution, S. Con. Res. 14, which passed the Senate last week.

“It’s a great once in a century opportunity to move forward here, and we should do what the Senate did, vote first on infrastructure, and then move immediately to begin considering reconciliation, and we can get the votes together for that as well. We should do next week, and show the great momentum the country needs that we can actually govern together.”

Today’s statement from the dissident bloc comes one week after the moderates threatened to oppose the budget resolution, which is crucial for unlocking the budget reconciliation process that will allow the resulting legislation to pass both chambers by a simple majority (Greenwire, Aug. 13).

Other members of the group are Reps. Carolyn Bourdeaux of Georgia; Jared Golden of Maine; Kurt Schrader of Oregon; Jim Costa of California; Ed Case of Hawaii; and Vicente González, Henry Cuellar and Filemon Vela of Texas.

To defuse the situation, Speaker Nancy Pelosi (D-Calif.) this week announced the House will vote next week on a combined rule that will pave the way for votes on the budget resolution, the bipartisan framework, as well as new voting rights legislation — a top priority of Democrats.

The chamber is expected to pass the budget resolution and voting rights bill when it returns next week, with lawmakers expected to make a quick exit by the end of Tuesday to resume the August recess. While the rule will set up a vote on the Senate’s infrastructure bill, that won’t happen until the reconciliation bill moves, as Pelosi has telegraphed for weeks.

But the centrists continue to argue for quick passage of the Senate bill, which contains about $550 billion in new infrastructure investments. That amount represents the “largest long-term investment in our infrastructure and competitiveness in nearly a century,” said Cuellar. “It is only rational that we move this bill forward now.”

While the Senate bill has come under fire from wary progressives and like-minded interest groups, liberals are signaling they’ll support it if just to get to the larger reconciliation bill.

"Members committed to building back better understand the only way that happens is if we pass both the bipartisan deal and the reconciliation bill simultaneously. That is why Pelosi and House progressives won’t waver on this," wrote Rep. Ro Khanna (D-Calif.) on Twitter this week.

But Bourdeaux today noted the spending for clean energy and climate contained in the Senate bill, calling it a "down payment" for reducing emissions.

"We cannot wait," she said. "Everyone knows time kills deals. This job is done. It’s time for us to take this historic win, pass the bill, and get to work rebuilding and repairing our communities."