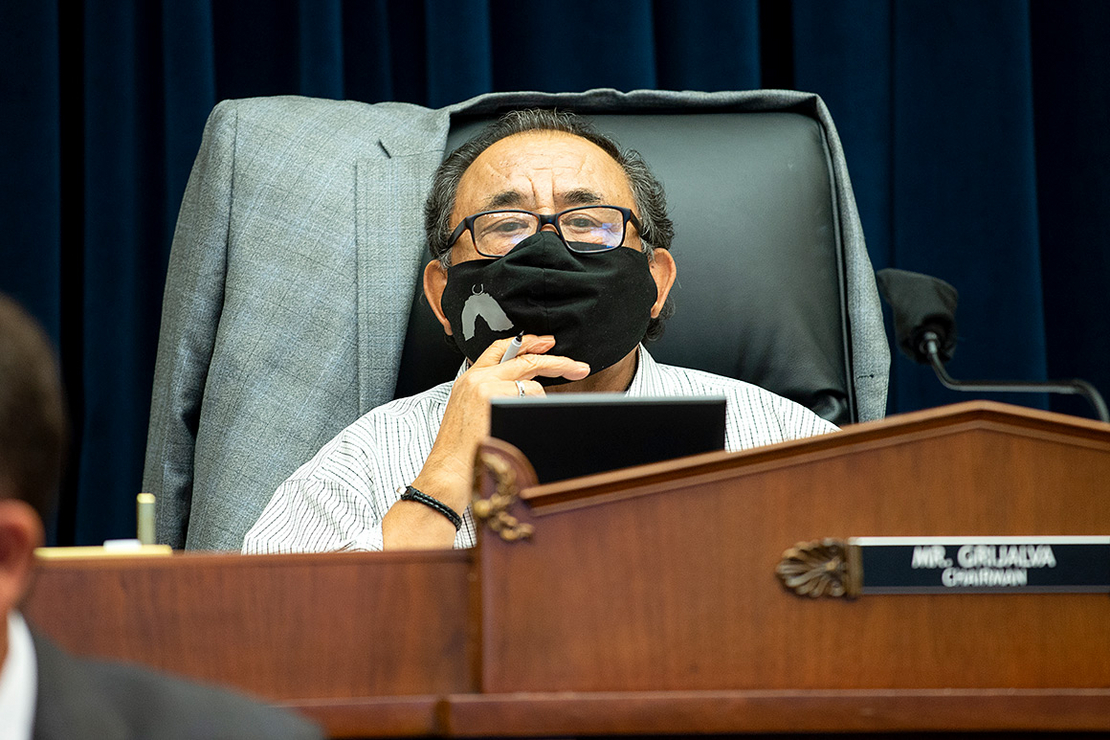 Yesterday, House Natural Resources Chair Raúl Grijalva (D-Ariz.) announced his panel would devote two days next week to addressing the causes and implications of the incident, where a major pipeline released more than 144,000 gallons of crude oil into the waters near Huntington Beach, immediately risking local wetland and wildlife.

Next Wednesday, Grijalva will preside over a markup of two bills: H.R. 2643, the "Offshore Pipeline Safety Act," and H.R. 570, the "Offshore Accountability Act."

The "Offshore Pipeline Safety Act," championed by Rep. Julia Brownley (D-Calif.), would require the Bureau of Safety and Environmental Enforcement to issue regulations to improve the oversight of offshore pipelines and ensure pipelines be outfitted with leak detection systems.

The "Offshore Accountability Act," introduced by Rep. Donald McEachin (D-Va.), would require offshore drilling operators to report major safety failures to the Interior secretary, who then would be required to share this information with the public.

The very next day, the House Natural Resources Subcommittee on Energy and Mineral Resources will meet to hold a hearing on the “Impacts of Abandoned Offshore Oil and Gas Infrastructure and the Need for Stronger Federal Oversight.”

A press release announcing the new scheduled events cites the Huntington Beach oil spill, as well as an April report from the Government Accountability Office that concluded BSSE suffers from insufficient oversight of both active and abandoned offshore oil and gas pipelines, as reasons for taking action now.

“The oil and gas industry has ignored public health and the environment for decades, and what’s happening in Huntington Beach today will keep happening to more American communities until Congress steps in,” Grijalva said in a statement.

“As long as the industry is given a free hand to operate with impunity and dodge responsibility for the mess they cause and leave behind, there will be more disasters. This Committee is moving quickly to protect our coastlines and the communities that rely on them by setting the standards the industry refuses to set for itself.”

While it’s unlikely these steps will be bipartisan — Republicans frequently criticize Democrats for imposing what they consider too onerous regulations on the oil and gas sector — Grijalva and fellow House Democrats are determined to use this recent oil disaster as an opportunity to highlight the urgency of their agenda at a pivotal moment (E&E Daily, Oct. 5).

Last month, the House Natural Resources Committee passed its portion of the current $3.5 trillion reconciliation package that would charge offshore pipeline operators annual fees and bar new offshore leasing in federal waters in the Pacific and Atlantic oceans and in the eastern Gulf of Mexico.

Grijalva is in a similar position to other Democrats, as he’ll be fighting to keep these provisions in the final product. Congressional Democratic leaders and President Biden have conceded legislative success will come with both a lower topline number and policy concessions to moderates.