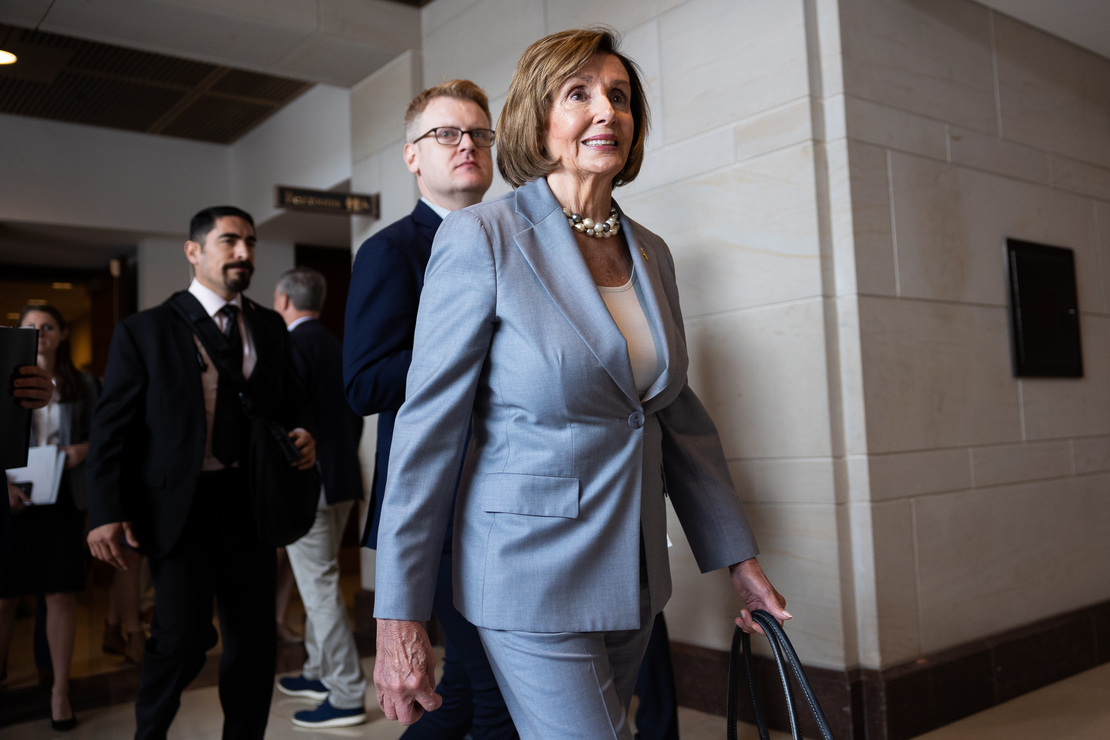 House Democratic leaders threw the permitting reform effort into doubt on Wednesday, saying the overhaul did not necessarily need to be attached to a stopgap government funding bill.

That declaration flies in the face of repeated pledges from Senate Democrats, who have said that a deal between Sen. Joe Manchin (D-W.Va.) and Majority Leader Chuck Schumer (D-N.Y.) would tie together permitting and the stopgap funding bill, otherwise known as a continuing resolution.

House Speaker Nancy Pelosi (D-Calif.) told reporters, “We have agreed to bring up a vote, yes. We never agreed on how it would be brought up, whether it be on the CR, or independently or part of something else. So, we’ll just wait and see what the Senate does.”

She added, “And I’m not worried about it.”

Manchin, the chair of Energy and Natural Resources Committee, has argued the deal requires moving the proposal with the continuing resolution, the latter of which Congress must pass before Oct. 1 to avert a partial government shutdown.

The split between the House and Senate is another blow to the permitting overhaul effort, which would ease environmental reviews of major energy projects.

In recent weeks, dozens of House Democrats have pressured leaders, saying they would resist voting for a funding bill that includes permitting language.

House Republicans could scramble the effort as well — a top GOP lawmaker said that her party might be willing to vote for the bill if it went far enough on reforms.

The must-pass CR likely would be the best chance for passage before the midterm elections and what’s likely to be an unpredictable lame duck session.

House Majority Leader Steny Hoyer (D-Md.) said House Democrats have agreed to “nothing” regarding the permitting bill, including how it moves. He suggested he favored the House approving a CR this week, a move that would preclude the permitting legislation that is still being negotiated in the Senate.

For their part, the chief Senate negotiators on the legislation said the public release of the bill language could come as soon as the end of the week. The Senate plans to act first on the CR, likely next week.

“They are going through the edits now, so we are hoping to get it cleared up,” Manchin told reporters.

Senate Environment and Public Works Chair Tom Carper (D-Del.) described the legislation’s pending release using football terminology. The bill, he said, was “certainly close to the red zone, but we’re not in the end zone.” The red zone is generally considered the area between an opponent’s 20 yard line and the end zone.

“Groups have different views with respect to what is acceptable and what is not, so we’re just trying to weave our way through this and come up with common sense compromises that not only enable us to move forward in these projects, but also do so in a way that is not harmful to our air, to our water and so forth,” Carper told reporters.

Schumer vowed earlier this week that the permitting plan would be on the spending bill, while expressing confidence it would pass the Senate. But House lawmakers and aides privately said House leaders could strip the permitting language from a Senate-passed CR rather than risk a defeat of the stopgap.

Already, more than a third of House Democrats have expressed reservations about backing a stopgap government spending resolution if the permitting bill were included.

A letter last week signed mainly by progressives alleged that the side deal Democratic leaders made with Manchin in exchange for his vote on the Inflation Reduction Act amounts to a backdoor attempt to gut environmental laws and speed up fossil fuel projects.

Other Democrats who did not sign the letter are now expressing opposition and wondering if the bill will even make it out of the Senate.

“I’m not supportive of that [permitting] piece, but there’s also the issue of where we go in terms of keeping the government open,” said Appropriations Chair Rosa DeLauro (D-Conn.). “Why don’t we wait to see what happens in the negotiations?”

Rep. Kathy Castor (D-Fla.), the chair of the Select Committee on the Climate Crisis, isn’t sure the House will ever take up the Manchin plan.

“The ball’s in the Senate’s court, and I’m skeptical they’re going to produce something,” said Castor, citing the 50-50 split in the chamber.

House Transportation and Infrastructure Chair Peter DeFazio (D-Ore.) said any permitting legislation is likely to be “a mixed bag.” He said he does not believe Democrats would back expediting major pipeline projects — a Manchin priority — but said there could be support for speeding grid infrastructure projects.

The permitting overhaul would require some Republican support to pass the Senate — where 60 are required to advance most legislation. The Inflation Reduction Act, with its $369 billion in climate spending, moved via the partisan budget reconciliation process.

GOP lawmakers have long pressed for permitting reforms, but have been wary of getting behind a Manchin deal. Sen. John Barrasso (R-Wyo.)., the ranking member on Energy and Natural Resources, has dubbed it a “political payoff” to the West Virginia senator.

Sen. Kevin Cramer (R-N.D.), a member of the Environmental and Public Works Committee, said he would likely favor some of the ideas in the Manchin proposal but was doubtful it could go far enough to attract support from him or his party.

“Right now, it looks like a very weak template,” he added.

Rep. Cathy McMorris Rodgers (R-Wash.), the ranking member on Energy and Commerce. said Wednesday she might be open to a deal with “significant permitting reform.”

But later in the day McMorris Rodgers backed off those comments, saying in a tweet, “I don’t see any scenario where the House GOP would support a CR permitting deal with Schumer and Manchin holding the pen.”

Sen. Mike Simpson (R-Idaho), the House’s top Republican energy appropriator, expects the CR to pass before a shutdown and predicted internal Democratic politics will keep the permitting plan off it.

“House Democrats are going to push back against Joe Manchin,” Simpson said. “This is the get-even-with-Joe-Manchin move.”