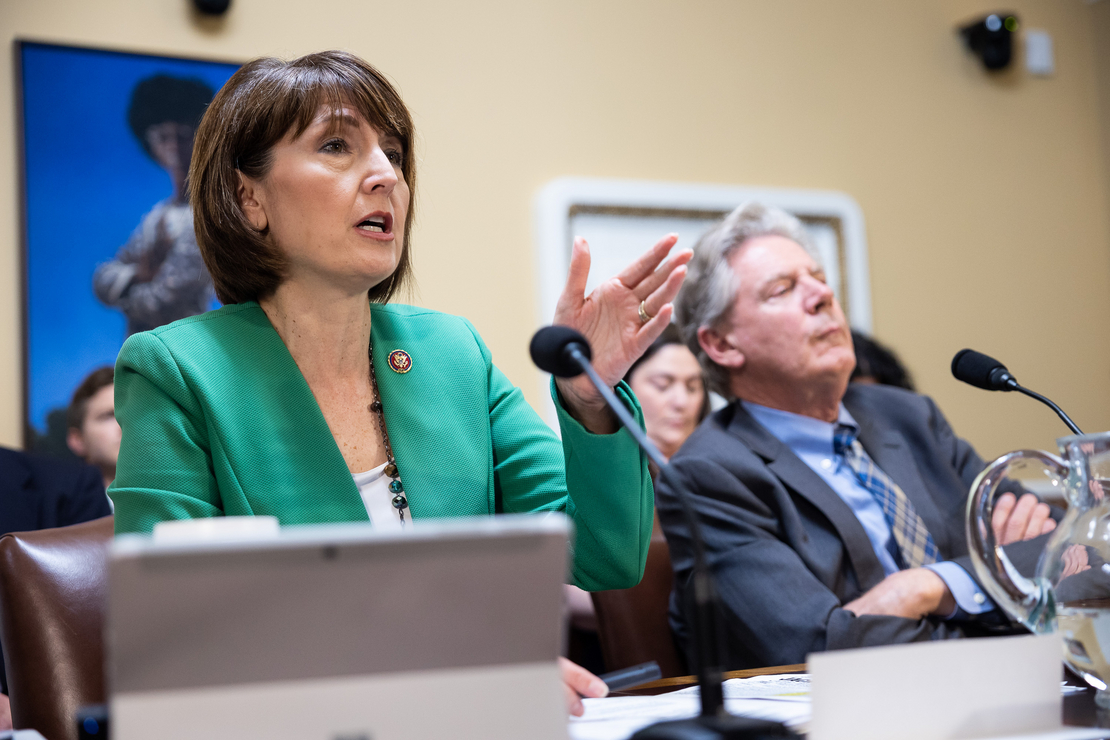 House Democrats expected yesterday to advance legislation against alleged energy price gouging, but instead decided to make changes to strengthen it.

The Rules Committee took up H.R. 7688, from Reps. Kim Schrier (D-Wash.) and Katie Porter (D-Calif.), to give the Federal Trade Commission expanded authority to go after energy companies charging excessive or exploitative prices for consumer and home fuel (E&E Daily, May 12).

But the panel put off work on the legislation until today. An aide familiar with the negotiations, who was granted anonymity to speak candidly, told E&E News there were no problems with the effort.

Democrats yesterday said they planned to amend the bill to give the administration even more power to crack down on market manipulation, including doubling fines. The reworked bill would also require new U.S. Energy Information Administration fuel price tracking and reporting.

House Energy and Commerce Chair Frank Pallone (D-N.J.) told the Rules Committee, “These provisions are intended to strengthen government oversight of the fuel markets and enhance the FTC authority to go after market manipulators.”

The changes mean the Senate may move to take up the House bill. Majority Leader Chuck Schumer (D-N.Y.) has promised a vote on price gouging, even if Republicans are likely to block such legislation that doesn’t include increased fossil fuel production.

At today’s Rules markup, Democrats could add a provision, mirroring Senate bill language, to create an FTC unit focused on fair and transparent fuel pricing. They could also mandate a study of possible causes of price manipulation.

Republicans have filed more than two dozen amendments against President Joe Biden’s energy policies and to promote GOP priorities like building the Keystone XL pipeline and securing regulatory rollbacks. None of the GOP provisions is likely to be made in order.

Democrats have touted the gouging legislation as a first step in their response to record-high fuel prices that threaten their midterm election prospects. The plan would make it unlawful to sell gasoline or home fuel at “unconsciously excessive” or exploitative prices, with fines going to the Low-Income Home Energy Assistance Program as well as federal weatherization efforts.

Pallone went after oil and gas company earnings during the Rules hearing. The Democrat said Shell PLC made a record $9 billion in profits during the first quarter of 2022 and that Exxon Mobil Corp. saw profits increase by $5.4 billion.

“They are purposely keeping production low in order to keep prices and their profits high,” said Pallone.

Most analysts, however, have said that high energy prices have mostly been the result of high demand that has not yet caught up with supply — a hangover from the pandemic. The Russian invasion of Ukraine has further scrambled energy markets (E&E Daily, March 15).

“This bill is an attempt by the Democrats to distract and shift blame from the administration’s self-inflicted energy and inflation crisis and blame energy producers, despite no evidence of price gouging,” said the talking points.

“America is in crisis. Store shelves are empty. New mothers can’t find formula for their babies. Overdose deaths continue to rise as deadly fentanyl pours across our southern border. Inflation is out of control, and gas prices continue to reach record levels,” she said.

“Yet here we are again in the Rules Committee,” she said, “rushing through the Democrats’ latest attempt to impose socialist price controls on our economy instead of taking responsibility for their actions.”