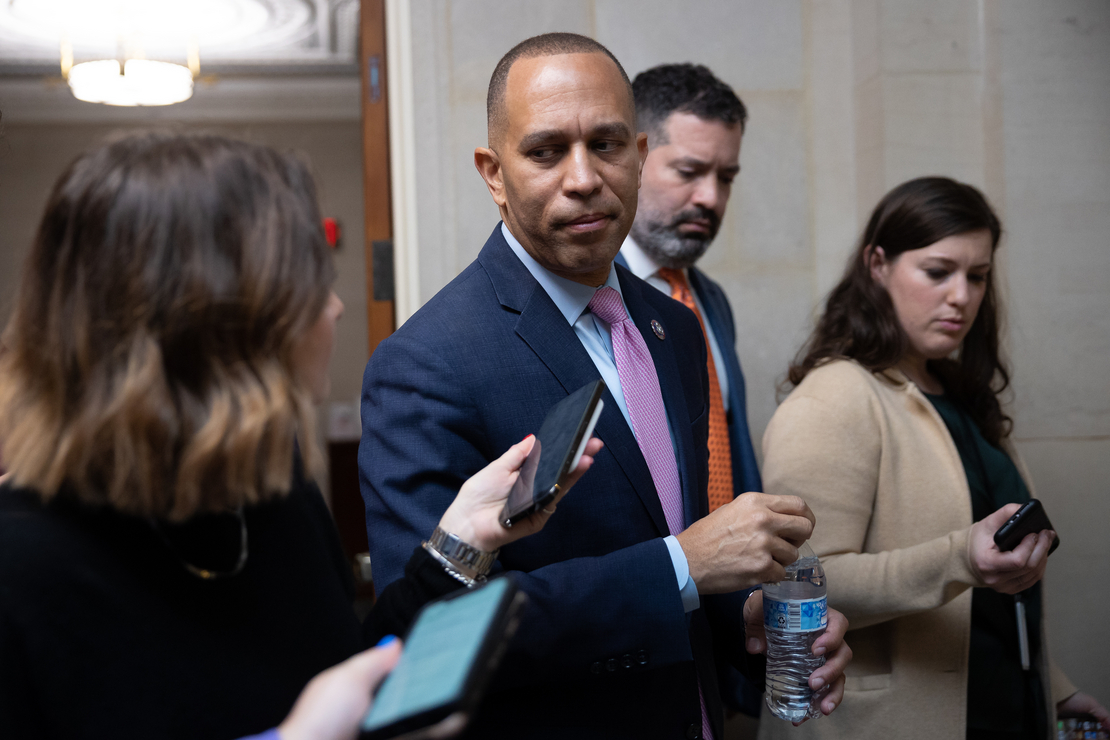 They will follow nearly a decade of control by Speaker Nancy Pelosi (D-Calif.), Majority Leader Steny Hoyer (D-Md.) and Majority Whip Jim Clyburn (D-S.C.). All three announced earlier this month they would step down ahead of the new Congress, when Republicans are poised to take over the chamber.

“House Democrats will lift up working families, the middle class and those who aspire to be part of it, young people and senior citizens, veterans, the poor, the sick and the afflicted and the least, the lost and the left behind,” Jeffries said in a statement following his election by acclamation.

Jeffries, currently the Democratic Caucus chair who represents the Brooklyn area, will strengthen New York’s influence on Capitol Hill. Senate Majority Leader Chuck Schumer (D-N.Y.) is set to lead Democrats for another two years on the other side of the Capitol.

Jeffries added, “It is a solemn responsibility that myself, Katherine Clark and Pete Aguilar are inheriting, and we will lean in hard and do the work with the seriousness and solemnity the moment requires.”

House Democrats on Wednesday are discussing other, lower-level leadership positions. Clyburn is running for assistant leader, the No. 4 post.