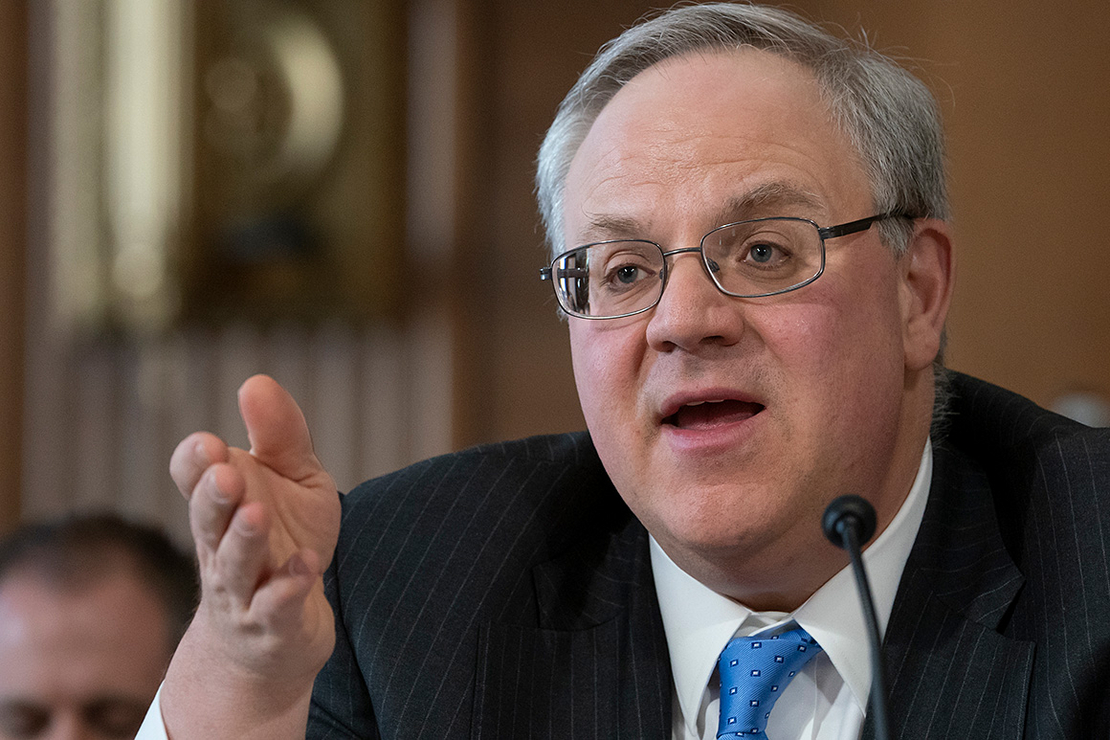 Democrats on the House Natural Resources Committee today called for a criminal investigation into former Interior Secretary David Bernhardt, alleging that the Trump administration official and others engaged in a campaign finance “quid pro quo” with a politically connected Arizona developer.

Chair Raúl Grijalva (D-Ariz.) and Rep. Katie Porter (D-Calif.), chair of the Subcommittee on Oversight and Investigations, outlined the allegations in a 37-page letter to Attorney General Merrick Garland.

The complaint to the Justice Department focuses on a 2017 decision by the Fish and Wildlife Service to reverse its long-standing demands for an environmental review tied to a nearly 28,000-home residential development in Benson, Ariz., known as the Villages at Vigneto.

Democratic lawmakers began reviewing that decision in 2019, after career FWS employee Steve Spangle, who had reviewed the development as supervisor of the Arizona Ecological Services Field Office, told The Arizona Republic and Arizona Daily Star that he had faced political pressure to clear the way for the project (Greenwire, July 9, 2019).

Following the nearly three-year investigation, Grijalva and Porter allege that developer Mike Ingram, founder and chairman of El Dorado Holdings Inc. and a co-owner of Major League Baseball’s Arizona Diamondbacks, and his associates “made highly unusual out-of-cycle donations” totaling nearly $242,000 to former President Donald Trump’s fundraising committees immediately before and on the day the FWS reversed its earlier ruling.

The panel’s findings “point to official federal agency decision-making being executed in the interest of private gain rather than the American people,” lawmakers wrote.

Bernhardt did not immediately respond to requests for comment.

In response to a request for comment, El Dorado Holdings sent a statement today from Lanny Davis, a Washington, D.C.-based attorney representing the company. Davis slammed the House Natural Resources referral, saying it is “false, misleading, unfair, and strikes me as reminiscent of McCarthyism’s use of innuendo as a surrogate for fact.”

Davis said the company, which denies any wrongdoing, cooperated with the committee but was denied an opportunity to address the allegations or speak to Grijalva.

“Unfortunately, the American people have been numbed and accustomed to political attacks that have little to do with the truth, and there needs to be bipartisan outrage when this occurs,” he said in a statement.

The Natural Resources complaint outlines Ingram’s various contacts with Trump administration officials, including an August 2017 breakfast meeting with Bernhardt, then the deputy secretary, at a hotel in Montana that had not been disclosed on public calendars.

They continued: “By this letter, we refer the matter to the Department of Justice to investigate and consider whether criminal charges should be brought against any party for a violation” of federal laws that address the bribery of public officials.

The proposed Vigneto development aimed to span more than 12,300 acres, including nearly 75 miles of the San Pedro River and its tributaries.

Because the project would require groundwater pumping from aquifers that feed the San Pedro River, as well as affect small desert streambeds at more than 350 different locations, it required a Clean Water Act permit from the Army Corps of Engineers.

The Army Corps also needed to consult with FWS to decide whether the project could adversely affect endangered or threatened species or their habitats.

Although the Army Corp initially issued a Clean Water Act permit to a previous developer of the project in 2006, that permit was suspended in 2016, after Ingram’s company took over the project and added additional land to the site.

At that time, Spangle wrote that FWS believed the “entire development needed to be assessed for impacts on endangered or threatened species, including the indirect effects of the development, which included the water use associated with the approximately 20,000 homes planned to be built,” the committee members’ letter states.

While Ingram and his representatives pushed for the development to receive its necessary permit, there was no progress on that front until after Bernhardt’s engagement on the issue, the committee asserts.

“In conversations with Committee staff, Mr. Spangle repeatedly remarked on how unusual it was for the Deputy Secretary to be involved in a field-level decision; throughout his nearly 30-year career with FWS, none of Mr. Spangle’s decisions had been elevated higher than the level of FWS Regional Director,” the letter states, referring to the “the atypical nature of Dep. Sec. Bernhardt’s involvement in a field-level decision.”