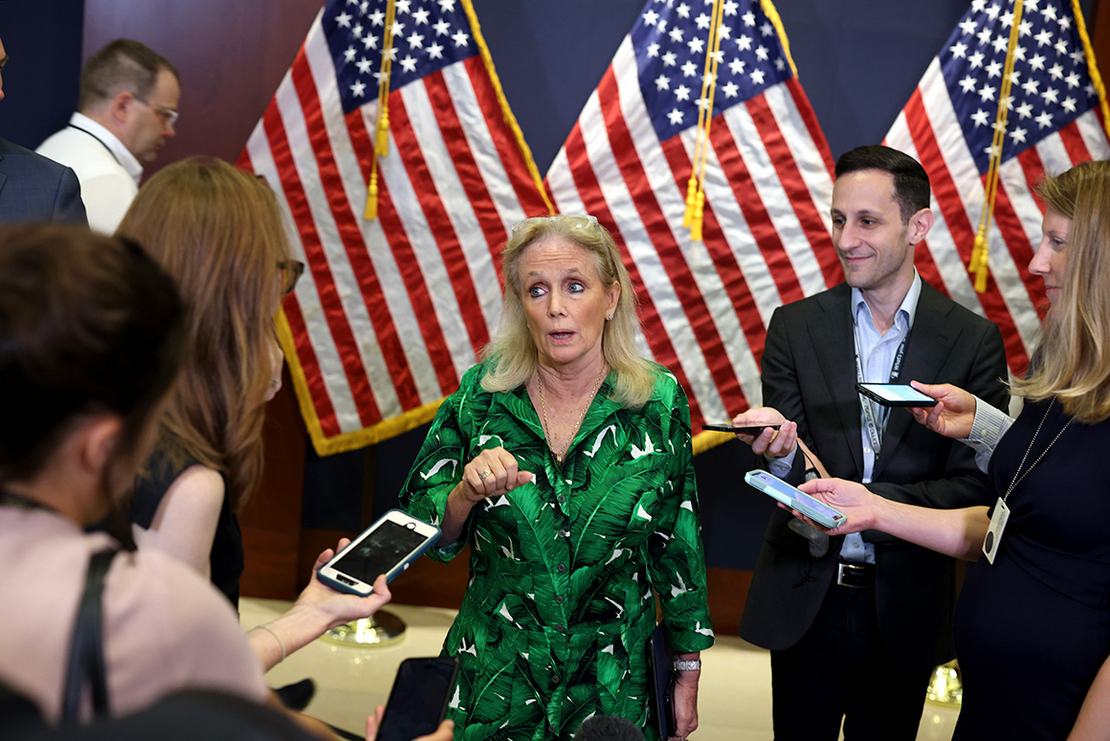 The House will vote this week on the most aggressive pending legislation targeting “forever chemicals” as its bipartisan proponents seek additional Republican support.

H.R. 2467, the “PFAS Action Act,” would escalate a federal crackdown on per- and polyfluoroalkyl substances and ramp up pressure on EPA to take action on the controversial family of chemicals. The House Committee on Rules will meet today to set parameters for debate on the bill.

Co-sponsored by Michigan Reps. Debbie Dingell, a Democrat, and Fred Upton, a Republican, the bill is among the most significant actions on PFAS likely to be considered this year. In comments made last week at a PFAS-focused conference hosted by the Environmental Working Group, Dingell argued that passing her bill is a matter of urgency (Greenwire, July 15).

“Here’s a reality: We do not have another minute to waste,” she said. “We have to act, now.”

Under the legislation, both PFOA and PFOS — the two most researched PFAS — would be promptly regulated under the Safe Drinking Water Act. They would also be designated as hazardous substances under federal Superfund law, in addition to a variety of other measures.

EPA has already begun the process of regulating those chemicals in drinking water, in addition to mulling hazardous substance designation under the the Comprehensive Environmental Response, Compensation, and Liability Act. But H.R. 2467 would also give the agency a five-year period in which to decide whether to extend those regulations to the entire family.

That possibility has ignited fire among some Republicans. In heated committee hearings, a number of GOP lawmakers argued the bill would lead to a “de facto ban” on PFAS (E&E News PM, June 16). Some also asserted that the legislation would imperil uses of the chemicals in items like masks worn to prevent the spread of COVID-19 (E&E Daily, July 13).

Such resistance foreshadows the bill’s upcoming hurdles. The legislation cleared the House in the last session with bipartisan support — before stalling in the Senate as it faced a veto threat from former President Trump. This go-round, the bill has retained the support of Republicans like Rep. Brian Fitzpatrick of Pennsylvania, who is a co-sponsor.

But Dingell was blunt about the need for increased Republican backing in her appeal last week. “We need you to help make sure we’re getting more Republican votes,” she told conference-goers as she encouraged them to contact their representatives.

Fitzpatrick, who spoke at the same conference, similarly cautioned against a “patchwork” approach to PFAS legislation that has already cropped up as more and more states seek to crack down in lieu of federal guidance. The Pennsylvania Republican asserted that Congress will need to lay out a foundation to provide some stability as regulations unfold in certain states.

Rep. Dan Kildee (D-Mich.) echoed his colleague across the aisle and maintained Congress is the only legislative body equipped “to meet the challenge at scale” and give state and municipal governments direction.

“The actual price of failure is far greater than the cost of correction,” said Kildee.