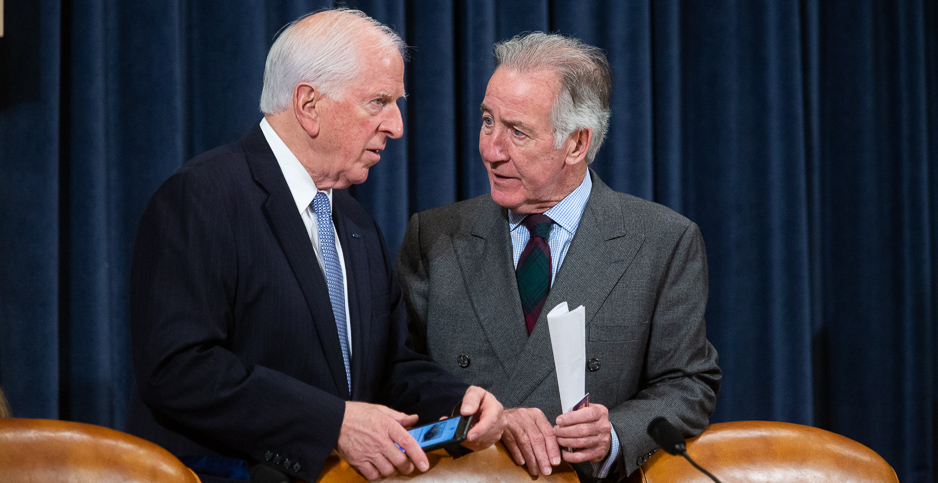 House Democrats reintroduced a sweeping clean energy tax package today that would extend and expand a host of credits dedicated to electric vehicles, renewable energy, efficiency and other technologies.

The legislation will likely become a major piece of the Biden administration and Congress’ approach to climate action, most likely as part of a broader infrastructure push.

The measure passed the House last summer as part of the Democrats’ broad $1.5 trillion infrastructure package.

"Climate change is the most pressing issue of our time and we must act boldly to address this existential threat," said Rep. Mike Thompson (D-Calif.), a senior member of the Ways and Means Committee, in a statement. "That’s why I am proud to again introduce the GREEN Act, a sweeping bill that will use our tax code to help tackle climate change."

The carbon capture and storage credit, known as 45Q, would also get an extension to 2026, and companies would be able to get direct payments, a top industry priority.

The credits received short-term extensions as part of the broader pandemic relief and spending omnibus package Congress passed at the end of last year.

Republicans have looked to squash renewable tax credits, fearing they prime markets against traditional generation sources at the cost of grid reliability.

Democrats are also looking to revive and expand a series of electric vehicle credits meant to encourage the purchase of the next generation of cars and buses.

The credit had expired, with most car companies hitting the threshold for its use. The new credit would beef up that limit from 200,000 to 600,000 units, among other tweaks.

"Workers must be at the center of a transition to a green economy, and this bill will help our country better prepare for the needs of the future," Ways and Means Chairman Richard Neal (D-Mass.) said in a statement.

The legislation’s reintroduction comes as a coalition of more than 45 clean energy advocates has called on the White House to follow through on its climate ambitions by pursuing a tax policy that promotes clean energy technologies.

"While the clean energy provisions in last year’s spending package provided emergency relief and a down payment on the comprehensive federal policy response we know is required, it is imperative that we now move beyond endless cycles of short-term stopgap measures and towards a long-term clean energy and clean transportation tax platform capable of effectively addressing the climate crisis," the groups wrote in a letter.

Climate advocates are calling on Democrats to do more than just a reintroduction. The Sierra Club criticized the "Growing Renewable Energy and Efficiency Now (GREEN) Act" as lacking the needed ambition to promote a cleaner energy supply.

"A new and improved ‘GREEN Act’ needs to include a broader set of incentives, and a longer period of support for them," Sierra Club Deputy Legislative Director Matthew Bearzotti said.

"We need a bill that is bold enough to fully unleash a clean energy transition equal to the challenge of the climate crisis that cuts dirty subsidies, which prop up detrimental energy sources, and which helps advance environmental justice for communities nationwide," he said.