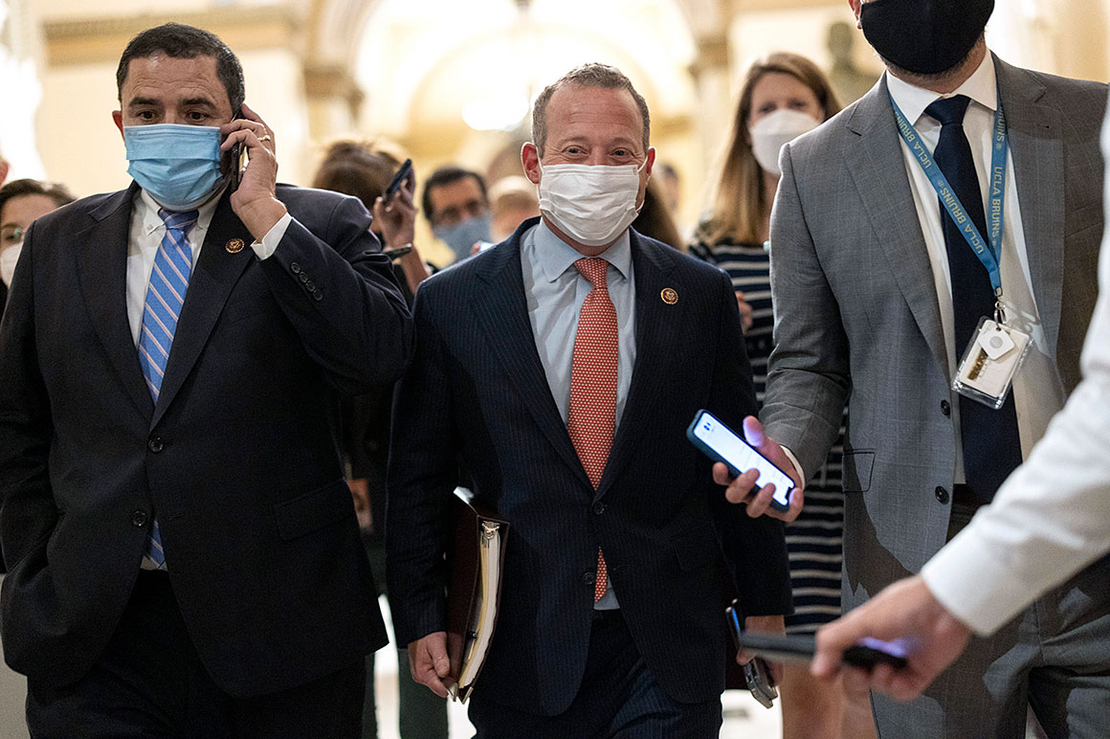 The House is expected to vote this afternoon on the $3.5 trillion budget resolution, while setting up a late September deadline for taking up the Senate’s bipartisan infrastructure package in a bid to mollify the moderate bloc of Democrats that stalled action yesterday.

The Rules Committee met this morning to approve parameters for floor debate, which will “deem” — or approve — the budget resolution, S. Con. Res. 14, which is crucial for unlocking the reconciliation process by which Democrats hope to advance President Biden’s broader infrastructure agenda along party lines in both chambers.

The rule will also set a hard deadline of Sept. 27 for a vote on the $1.2 trillion bipartisan Senate infrastructure package, H.R. 3684, although it was unclear whether that date is a hard deadline or aspirational. It additionally sets up a vote for later today on voting rights legislation that is a top priority for the Democratic majority.

Rules Chair Jim McGovern (D-Mass.) said the rule would set a vote “no later than Sept. 27,” for the Senate bill. But pressed on whether that deadline is binding, he responded: “I guess I would just say that nothing in life is a total guarantee, but this is as close as we can get.”

The Rules Committee was slated to meet again ahead of the vote to clarify that the Senate bill “shall be considered” on Sept. 27, McGovern later told reporters in the Capitol, according to Punchbowl News.

The inclusion of the late September date is intended to sway the nine Democratic centrists, led by Rep. Josh Gottheimer (D-N.J.), who have demanded for a week-and-a-half that the House vote first on the bipartisan Senate bill.

The standoff forced Speaker Nancy Pelosi (D-Calif.) to scrap a vote on the rule last night, prompting a series of late-night meetings between the dissident faction and Democratic leaders (E&E Daily, Aug. 24). Pelosi has said for months that the House won’t pass the bipartisan bill until it also passes the reconciliation package — currently under development in both chambers.

The talks continued throughout the night, McGovern said during the Rules meeting, adding that he believed the lawmakers had “reached a way forward.” “This approach is fair to those members who want to see us take this up and include certainty for floor time for this bill,” he said of the moderates.

“It’s fair to those who want to see our committees get to work and craft a progressive budget reconciliation bill as quickly as possible," McGovern said. "And it’s fair to all of us who want to see Congress protect the sacred right to vote for all Americans without delay.”

Pelosi, who can only lose three Democrats and still pass the budget was tight-lipped over the vote this morning, telling reporters only, "When we bring up the bill, we will have the votes."

Texas Rep. Henry Cuellar, one of the Democratic holdouts, said he believed the further clarification expected to be added by the Rules panel would be sufficient to win over the moderates.

“I think there were some folks that wanted a little bit more assurance on that vote on [Sept. 27], and we feel that that will happen,” he told reporters. “When the rule comes back, I think we’ll be fine.”