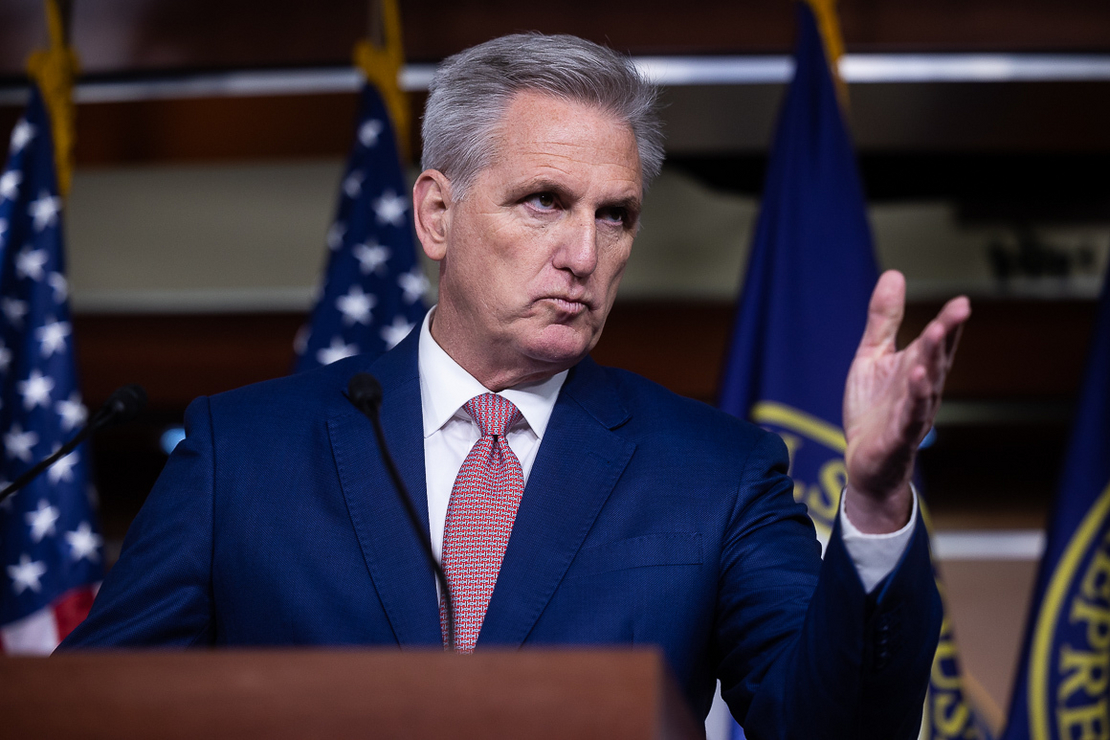 House Republican leaders Friday plan to outline an agenda for GOP candidates to campaign on this fall that highlights long-standing conservative energy priorities like expanded domestic production and regulatory reforms.

Dubbed the “Commitment to America,” the plan is a political manifesto of poll-tested priorities that GOP strategists believe will appeal to voters in both parties and allow them to gain the handful of seats necessary to win the House majority. It’s an approach similar to the House Republicans’ 1994 “Contract with America” agenda that the party successfully used to seize control of the chamber for the first time in decades.

“The Commitment to America represents a new direction and better approach that will get our nation back on track,” states an outline of the plan released Thursday by House Minority Leader Kevin McCarthy (R-Calif.), who is seeking to paint Democrats as “out of touch” with the challenges facing everyday Americans.

The rollout of the plan will be held in the suburbs of Pittsburgh, the second-largest city in a swing state where they believe their message will resonate. It will focus on four themes: strengthening the economy, keeping Americans safe, promoting a range of personal freedoms and holding government more accountable.

“You’ve got to be running for something, not just against something. We can point out all of their failures, and all their incompetence, how they caused the cost of living to explode. But at the end of the day, what are you for? That’s what the Commitment to America is about,” said Rep. Tom Emmer (R-Minn.) chair of the National Republican Congressional Committee.

The pitch by House Republicans stands in contrast to their Senate counterparts, who have notably chosen not to put out a legislative agenda. Senate Minority Leader Mitch McConnell (R-Ky.) has said he’d let voters know the party’s intentions should they win back the Senate in November.

According to a campaign-style website unveiled Thursday, House Republicans will stress the need for American energy independence to help lower gasoline prices. Under the Biden administration, they’ll argue, gas prices have risen by 60 percent and that the Trump and Obama administrations each approved 10 times as many federal energy leases.

The GOP says it will seek to “maximize the production of reliable, American-made energy” and cut in half the permitting time for energy projects. Rep. Cathy McMorris Rodgers (R-Wash.), the ranking member on Energy and Commerce who would chair the panel if the GOP gains the House, has outlined similar ideas for an “American energy dominance agenda” (E&E Daily, Sept. 14)

The campaign proposal offers no specifics on how domestic production would be expanded or what regulatory changes would be coming. Nor does the proposal mention curbing carbon emissions or cutting climate change.

Rep. Jeff Duncan (R-S.C.), an Energy and Commerce Republican who helped shape the plan, said a GOP-controlled House will promote natural gas as a “big transition fuel that’s helped us get to cleaner air quality and reduce our CO2 emissions.”

‘Over and over again’

Gingrich met with the GOP conference Thursday on how to roll the plan out. His advice for having the idea break through with voters?

“Talk about it over and over again to the point that you can’t stand it,” he said.

Republicans remain favorites to take the House, although Democrats have gained some ground in recent weeks amid legislative successes on Capitol Hill and blowback from the Supreme Court overturning of Roe v. Wade.