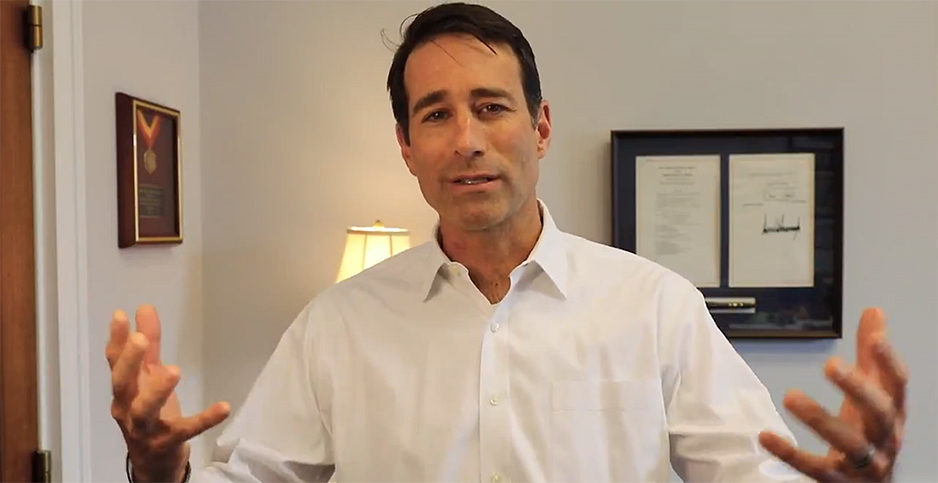 House Republicans yesterday launched a climate messaging campaign ahead of President Biden’s Earth Day summit this week, laying out their opposition to proposals aimed at restricting greenhouse gas emissions and reducing the use of fossil fuels.

Minority Leader Kevin McCarthy (R-Calif.) and other top members of the House GOP published a series of prerecorded videos and written opinion pieces on social media attacking the Paris Agreement and Democratic climate policies and touting energy innovation policies as a driver of emissions reductions. It was the beginning of a three-day online forum on the issue.

The campaign laid bare their opposition to most domestic climate policies, even as Biden prepares this week to push international leaders to make more ambitious emissions pledges.

Biden is expected to announce a new nationally determined contribution under the Paris Agreement that commits the United States to a 50% emissions reduction compared with 2005 levels by 2030.

And Democrats are making their own messaging push to surround the summit, with a slate of climate hearings and progressives set to reintroduce the Green New Deal resolution today.

Fossil fuels produced in the United States, they argued, could help reduce global emissions because they have a cleaner overall life cycle than those produced in China, Russia or the developing world.

"What we’ve got to focus on with our clean energy strategies is looking at the entire globe because this isn’t a problem for the United States to solve itself," said Rep. Garret Graves (R-La.), ranking member of the Select Committee on the Climate Crisis.

"Many of the very climate solutions that have been pushed by the left actually result in increased global emissions," Graves said.

It continues a political strategy Republicans have been pursuing for years, particularly since the 2018 midterms, as they attempt to shed the outright climate science denial that defined the party’s stance for roughly a decade.

McCarthy and other Republicans made a similar effort a little over a year ago, complete with many of the same energy innovation proposals and criticisms of policies aimed more directly at greenhouse gas emissions (Greenwire, Feb. 12, 2020).

Instead of proposing limits on fossil fuel use or greenhouse gas emissions, Republicans largely reframed their existing ideas on issues like critical minerals and energy innovation as climate policy.

Rep. Mike Waltz (R-Fla.), for example, touted his "American Critical Mineral Independence Act," H.R. 2637, as a way to ramp up domestic production of the materials "that make up the chips, the turbines, the solar panels, the batteries that we need for this future economy."

It’s part of a slate of agriculture and timber management bills Republicans are packaging as an alternative to Democratic proposals on carbon markets (E&E Daily, April 19).

"Despite incredible improvements in technology, trees are still the most large-scale, cost-effective and environmentally-friendly carbon sequestration devices we have," Westerman said in a statement.

Also on the Republican agenda is a bill, H.R. 2633, to expand and permanently authorize the 45Q tax credit for carbon capture and a measure, H.R. 2578, from Graves and Foreign Affairs ranking member Michael McCaul (R-Texas) that calls for the Paris Agreement to be renegotiated to extract more ambitious emissions pledges from China (E&E News PM, April 16).

Energy innovation policies, including 45Q, are popular with members from both parties, and Congress passed a major bipartisan energy bill that was widely seen as a win for climate.

But many in the GOP have also opposed other tax credits for wind and solar, and Republicans have offered few substantive proposals to limit the greenhouse gas emissions that cause climate change or to put the United States on a path to net-zero emissions by 2050 — the target laid down by the U.N. Intergovernmental Panel on Climate Change.

Republicans have come "a long way" since the days of climate science denial, but they still aren’t offering policies that meet the scale of global temperature rises, said Alex Flint, a former Senate GOP staffer who now runs the Alliance for Market Solutions, a pro-carbon tax group.

"House Republicans began to acknowledge that they had to have substantive and politically astute positions on climate two years ago, and their thinking has evolved substantially over that time," Flint said. "The policy options they are offering are not yet adequate."