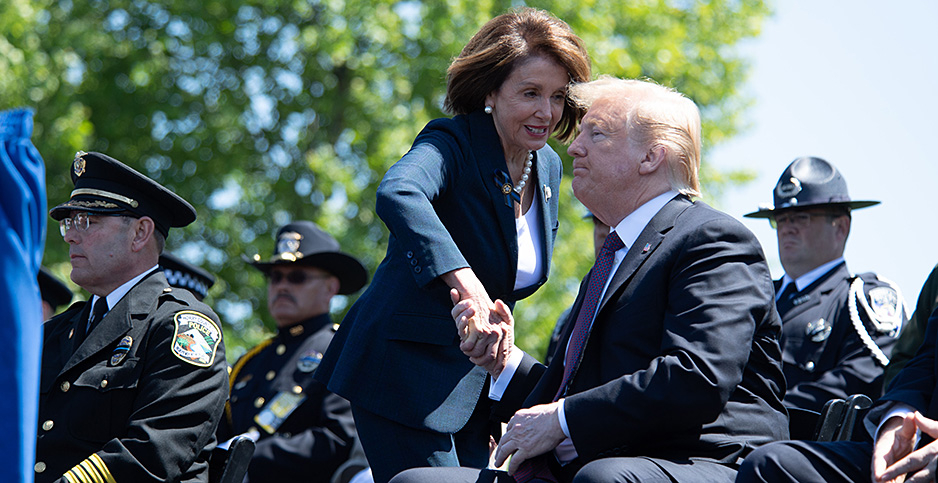 For the past four years, Trump administration officials and polluting companies have been largely shielded from congressional oversight by a norm-breaking White House that discouraged agencies from cooperating with Democrats, even after they gained control of the House in 2018.

That ends in January, when House leaders could begin working with the Biden administration to unlock stonewalled inquiries into Trump-era environmental rollbacks and fossil fuel industry efforts to prevent action on climate change.

The question for Democrats is, will they seize that opportunity?

Congressional experts said there are good reasons to investigate the actions of former Trump officials and oil companies like Exxon Mobil Corp. Democratic House lawmakers aren’t so sure.

Leaders of the Oversight and Reform, Energy and Commerce, and Natural Resources committees declined to be interviewed for this story.

The Oversight Committee’s top priority will be "crushing the coronavirus and rebuilding our economy," Chairwoman Carolyn Maloney (D-N.Y.) said in a statement. She said the committee will also "prioritize our investigation into skyrocketing drug prices, restoring the U.S. Postal Service, and ensuring that the census is accurate and complete."

Senate Democrats, who have a slim shot of gaining control of the chamber in January, also appear hesitant to launch congressional investigations into potential misdeeds by Trump officials.

"We expect that most of those will be handled by the EPA inspector general or the criminal division of the Department of Justice, not the Senate Environment and Public Works Committee," said a spokesperson for Sen. Tom Carper (D-Del.), the panel’s ranking member and a close Biden ally.

The EPW aide did not rule out oversight hearings of fossil fuel companies or manufacturers of per- and polyfluoroalkyl substances, or PFAS.

But declining to spotlight how and why the Trump administration worked to aggressively weaken rules protecting clean air, water and public lands would be a historic error, according to a former Democratic House investigator.

"It’s a public service to show what happened," the former House staffer said. "How much was malfeasance, how much was incompetence, and how much was corruption?"

A public congressional inquiry into the revolving door between Trump appointees and polluting businesses could also serve a deterrent effect.

"If there is wrongdoing to be investigated and brought to light, you want to do that to disincentivize more bad behavior in future," said Molly Reynolds, a senior fellow in governance studies at the Brookings Institution, a centrist think tank.

House Democrats’ reluctance to carry the unresolved environmental oversight battles of this Congress into the next reflects a broader uncertainty about the direction of the caucus, according to Justin Rood of the Project on Government Oversight.

"The House right now still has to get thorough its fight between the progressives and liberals, in terms of how the agenda is going to get set and how leadership is going to go," said Rood, who leads the watchdog group’s congressional oversight initiative. "A lot of these energy and environment issues are tied up in that fight."

If they decide to thoroughly scrutinize the previous administration’s environmental rollbacks, House Democrats would have an easier time getting answers in a Biden administration than they did while President Trump was in charge, experts say.

Biden’s team could encourage career staffers with relevant information to come forward and make clear that former Trump officials have to comply with congressional subpoenas.

"When you’re Scott Pruitt, and Bill Barr is the attorney general, there’s probably a pretty good chance he’s not going to go after you," the former House staffer said of the ex-EPA administrator, who now lobbies on behalf of a coal company. "But it’d be pretty unlikely that he’s going to get that assurance from President Biden’s attorney general. So it’s just a different calculus for him."

Even if they’re reluctant to bring in former Trump administration officials to testify, Democrats have signaled that they’re open to investigating the fossil fuel industry and other polluting companies.

Reporting this week by The New York Times has tied Exxon to a series of so-called astroturf groups launched by the firm FTI Consulting.

Exxon and other fossil fuel companies deny claims that they have misled the public about climate change or hidden science about their products, but environmental groups have long called for elected officials to scrutinize the industry.

For instance, the Heartland Institute, a think tank that routinely promotes debunked theories about climate change, in 2017 sent thousands of books and DVDs promoting climate science skepticism to elementary schoolteachers around the country, a story first reported by PBS’s "Frontline."

"That’s a hell of a big expense, and it comes from a group that has publicly compared climate scientists to the Unabomber, so it’s not exactly a sympathetic group that is up to this mischief," said Whitehouse, who sits on the Judiciary Committee and is ranking member on EPW’s Clean Air and Nuclear Safety Subcommittee. "That’s just one of hundreds of possible examples that we could look at."

It is also easier to investigate corporations than the executive branch. Corporate leaders tend to be more responsive to congressional oversight and don’t have the same legal protections as officials in a coequal branch of government.

"I would not be surprised to find big companies in the crosshairs of congressional investigators in the new Congress," said Rood, who was previously a Republican Senate investigator.

Investigations of industry can also produce political and policy benefits.

For instance, former Rep. Henry Waxman (D-Calif.) held a series of hearings on tobacco in the Energy and Commerce Subcommittee on Health and Environment, including a famous moment in 1994 when tobacco executives said under oath that nicotine is not addictive.

The hearings helped galvanize the public against the industry. The Department of Justice later won a sweeping lawsuit in United States v. Philip Morris USA Inc. in which the court found that tobacco companies had been covering up the health effects of smoking.

Waxman also led passage in 2009 of the Family Smoking Prevention and Tobacco Control Act, which, among other things, gave the Food and Drug Administration regulatory authority over the tobacco industry.

"DOJ won that lawsuit for fraud when the tobacco industry was lying about the dangers of its products," Whitehouse said. "There’s a wide open discovery arena under the statute that DOJ pursued in that tobacco matter."

Whitehouse said he sees a similar investigation of the fossil fuel industry as crucial to passing climate legislation.

"If it’s having to explain itself to legislative committees, or produce discovery about its activities in litigation, or even potentially in grand juries, then there’s a whole different complexion to our prospects going forward," he said.