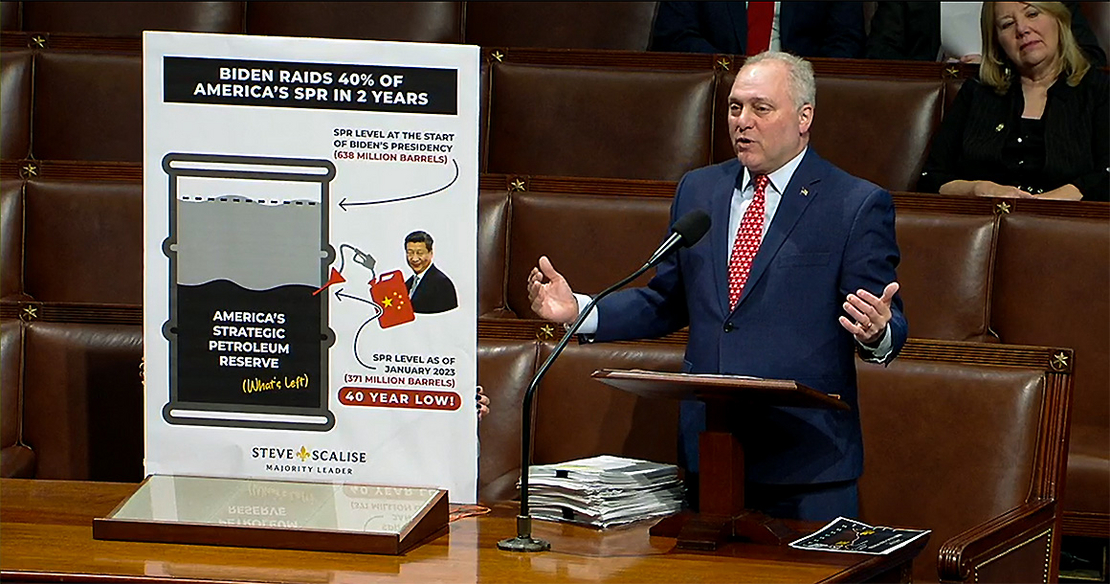 The House approved its first energy bill of the new Congress on Thursday morning with significant bipartisan support.

The chamber voted 331-97 for H.R. 22, from Energy and Commerce Chair Cathy McMorris Rodgers (R-Wash.), to prevent the sale of Strategic Petroleum Reserve fuel to China. President Joe Biden last year made several SPR releases to lower gasoline prices, and Republicans say some of the crude would end up in Chinese hands.

Even though more than 100 Democrats voted for the bill, many grumbled about Republican motivations for pursing the measure. The White House has said the releases helped drive down gasoline prices and is working on refilling the reserve.

“What they did do is they’ve brought mountains and mountains of regulations to crush American energy,” Scalise said during the floor debate. “We’re going to bring bills through committee to the floor to fix this problem.”

House Energy and Commerce ranking member Frank Pallone (D-N.J.) said Republicans were to blame for oil sales to China because they championed lifting the ban on crude exports.

Brett Hartl, government affairs director for the Center for Biological Diversity, said of the Republicans, “They’re complaining about a problem they helped create.”

The House is also planning to vote on H.R. 21, which would tie SPR releases to increasing drilling on federal lands and waters. That bill is likely to wait until the House returns from next week’s recess.