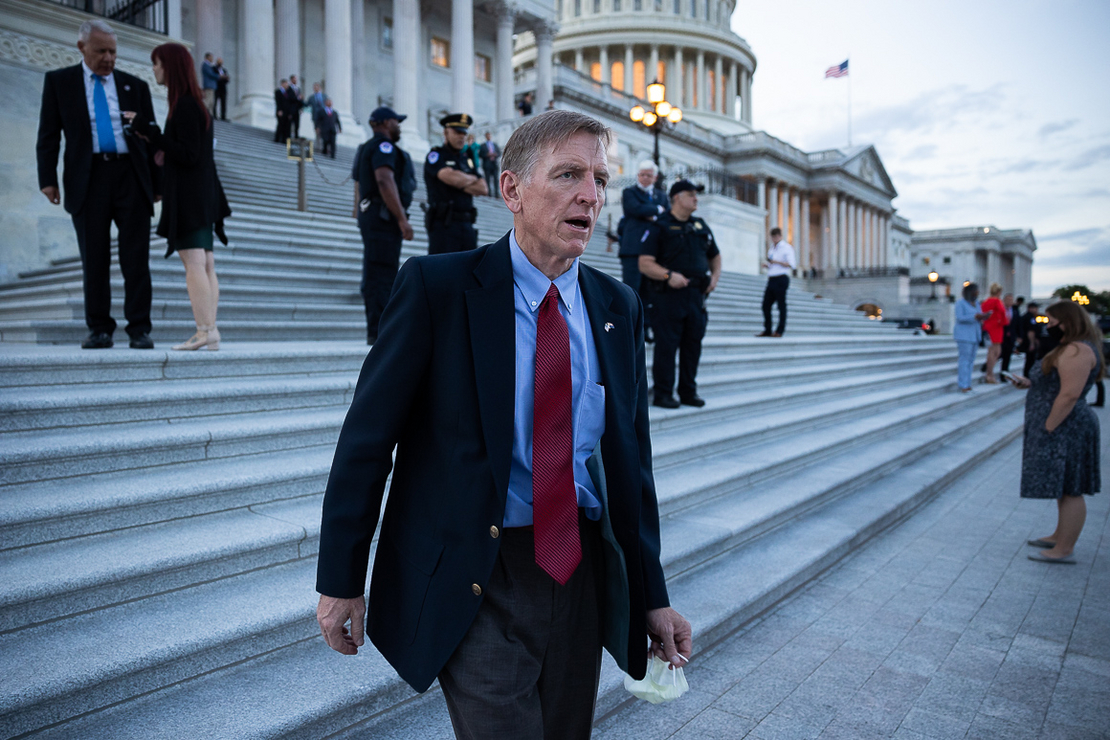 Rep. Paul Gosar could be censured by Congress and sidelined from key renewable energy legislation he has long championed — all in the same week.

The Arizona Republican, first under scrutiny for his sympathies toward the violent rioters who stormed the Capitol on Jan. 6, is now under fire for tweeting an animated video in which he is featured attacking Rep. Alexandria Ocasio-Cortez (D-N.Y.) and President Biden.

As House Democratic leaders mull their response to Gosar’s latest offense, the House Natural Resources Committee will meet Wednesday to consider a bill Gosar has championed for the past eight years, but which no longer bears his name.

Gosar, the ranking member of the House Natural Resources Subcommittee on Oversight and Investigations, was the lead Republican co-sponsor of iterations of this bill through his previous four terms in office. In the last Congress, he introduced the measure with Rep. Mike Levin (D-Calif.).

But earlier this year, Levin — who faces a tough reelection fight in 2022 — announced he would be going it alone, claiming Gosar’s political brand was now toxic following his actions surrounding the Jan. 6 attacks.

In addition to making sympathetic comments about the violent demonstrators who sought to disrupt Congress’ certification of President Biden’s 2020 electoral victory over Donald Trump, Gosar also participated in “stop the steal” rallies and ultimately voted against certifying the election results.

“I think it’s fairly self-evident that some of my colleagues might take exception to moving legislation where he’s leading it," Levin told E&E News back in May. "I have the sense that the best path forward for this legislation is to introduce it by myself and allow people to sign on as sponsors and go from there” (E&E Daily, May 24).

At the time of Levin’s split from Gosar on “PLREDA,” the coalition of outside groups backing the legislation were divided on whether Levin had done the right thing in politicizing a bipartisan bill (E&E Daily, June 8).

Some organizations urged for a détente, while the Wilderness Society made clear Gosar’s actions around the insurrection were disqualifying.

It’s not clear whether the new controversy in which Gosar has become embroiled will change the dynamics within the coalition or on Capitol Hill.

When the Natural Resources Committee convened a hearing on “PLREDA” back in May, Republicans expressed fury with Democrats for turning a bipartisan priority into a partisan exercise. It’s far from certain if the GOP will actually vote to advance the bill at Wednesday’s markup or choose to oppose it in solidarity with Gosar.

Democrats, however, are all but guaranteed to remind their colleagues across the aisle as to why it’s important to move ahead on the bill without Gosar.

As for a potential censure vote, a senior House Democratic aide told E&E News that leaders continued to discuss the path forward with members.

Gosar continues to insist the animated video was intended to be a metaphor for the conservative fight against open borders and illegal immigration.

The House Natural Resources Committee is also due on Wednesday to mark up the following other bills: