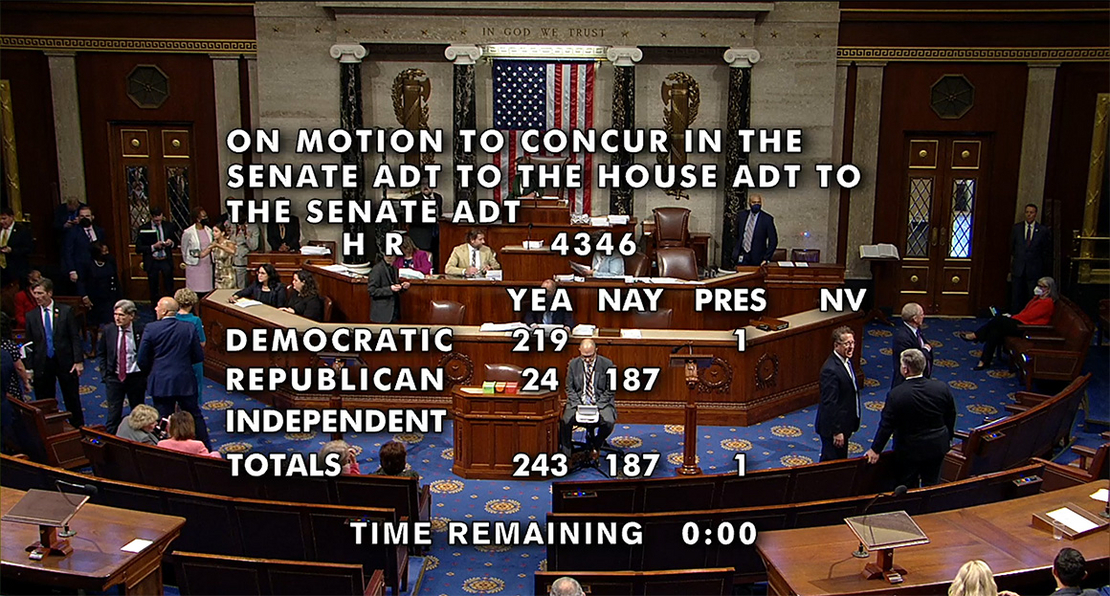 The bill, which passed the House 243-187 after clearing the Senate yesterday, would send $52 billion to promote domestic semiconductor manufacturing. It would also authorize tens of billions in research spending at the Department of Energy and the National Science Foundation.

Twenty-four House Republicans joined nearly every Democrat in backing the bill, even after having whipped against the bill, partly in response to Senate Democrats striking a deal on climate, health care and tax reconciliation legislation (E&E Daily, July 28).

The package would authorize $50 billion over five years for DOE’s Office of Science, the first such reauthorization in the office’s history.

The National Science Foundation would get $81 billion over five years, including $20 billion for a new technology directorate meant to spur technologies like quantum computing and artificial intelligence.

Both such provisions were heavily influenced by legislation that moved out of the House Science, Space and Technology Committee, led by Chair Eddie Bernice Johnson (D-Texas).

President Joe Biden said, “I look forward to signing this bill into law and continuing to grow our economy from the bottom up and middle out for working families all across the country.”

Dubbed the “CHIPS-plus” package, the compromise bill is a slimmer version of what originally passed the House and Senate.

The House H.R. 4521, the “America COMPETES Act,” included sweeping measures related to trade, foreign policy and international climate spending. They did not make the final package on the way to Biden.

Sen. Bernie Sanders (I-Vt.) was the only member of the Senate Democratic Caucus to oppose the bill, saying it represented a shakedown by the chips industry. But House progressives did not follow his lead.

Commerce Secretary Gina Raimondo met with member of the Congressional Progressive Caucus today ahead of the final vote. She highlighted guardrails in the bill — like limitations on stock buybacks and foreign investments — to prevent companies from misusing the government aid.

House Republicans, however, jumped at the opportunity to oppose the bill, especially as Democrats unveiled reconciliation legislation with new spending and increased taxes on corporations to pay for it. Conservatives also called the chip money corporate welfare.

“This is one of those occasions that, as a statesman and responsible Member of Congress, I have to put aside my own pride in the Science Committee’s work and cast a vote that represents the best interests of Americans and — particularly — the good people of the Third District of Oklahoma,” he said in a statement about his no vote.