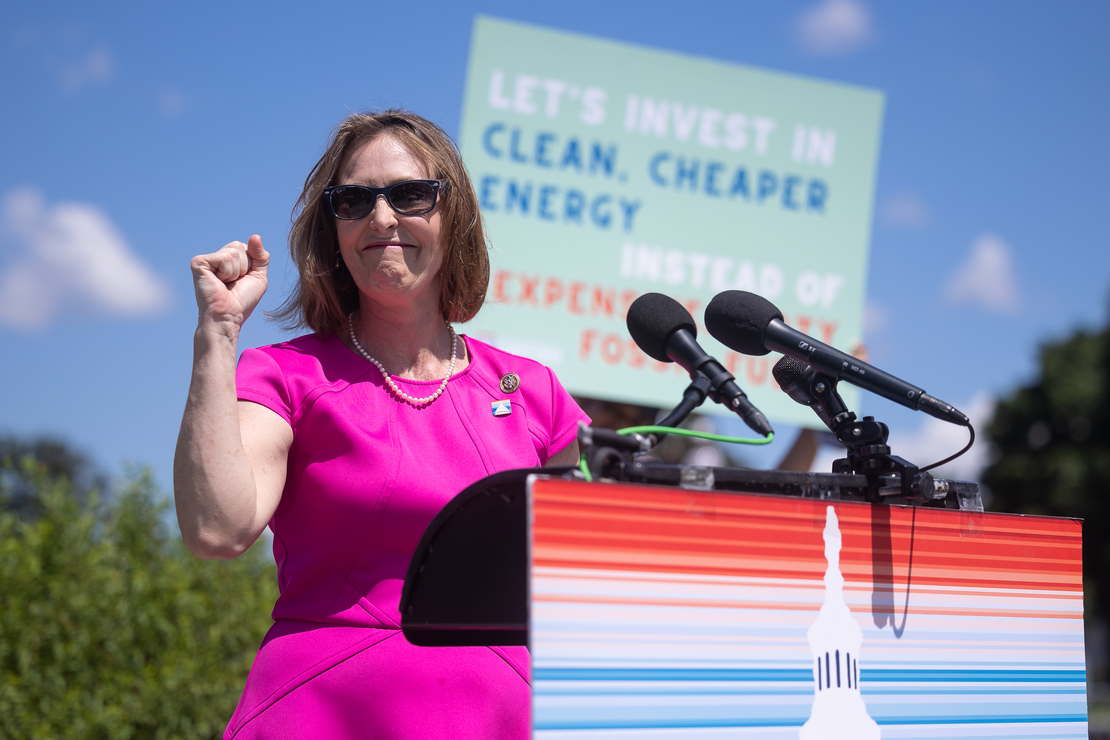 In a 220-207 vote, House Democrats cleared the final hurdle on the “Inflation Reduction Act,” capping off more than a year of pained negotiations on the budget reconciliation package.

“This is the largest investment in clean energy and climate solutions ever in U.S. history, and it comes at a crucial time,” Rep. Kathy Castor (D-Fla.), chair of the Select Committee on the Climate Crisis, said on the floor today.

The bill contains $369 billion in climate investments, including long-term extensions of clean energy tax credits and a host of incentives for technologies like nuclear, hydrogen, carbon capture and battery storage. Independent analysts expect it to reduce emissions roughly 40 percent by 2030.

Senate Majority Leader Chuck Schumer (D-N.Y.) and Energy and Natural Resources Chair Joe Manchin (D-W.Va.) had negotiated for months, eventually coming up with a suite of policies that could get support from every Democrat. The bill passed the 50-50 Senate in a partisan vote last weekend, with Vice President Kamala Harris breaking the tie.

Republicans have spent the day accusing Democrats of increasing taxes on the middle class and punishing the fossil fuel industry. The GOP, including in extender remarks from Minority Leader Kevin McCarthy of California, focused on funding for the IRS.