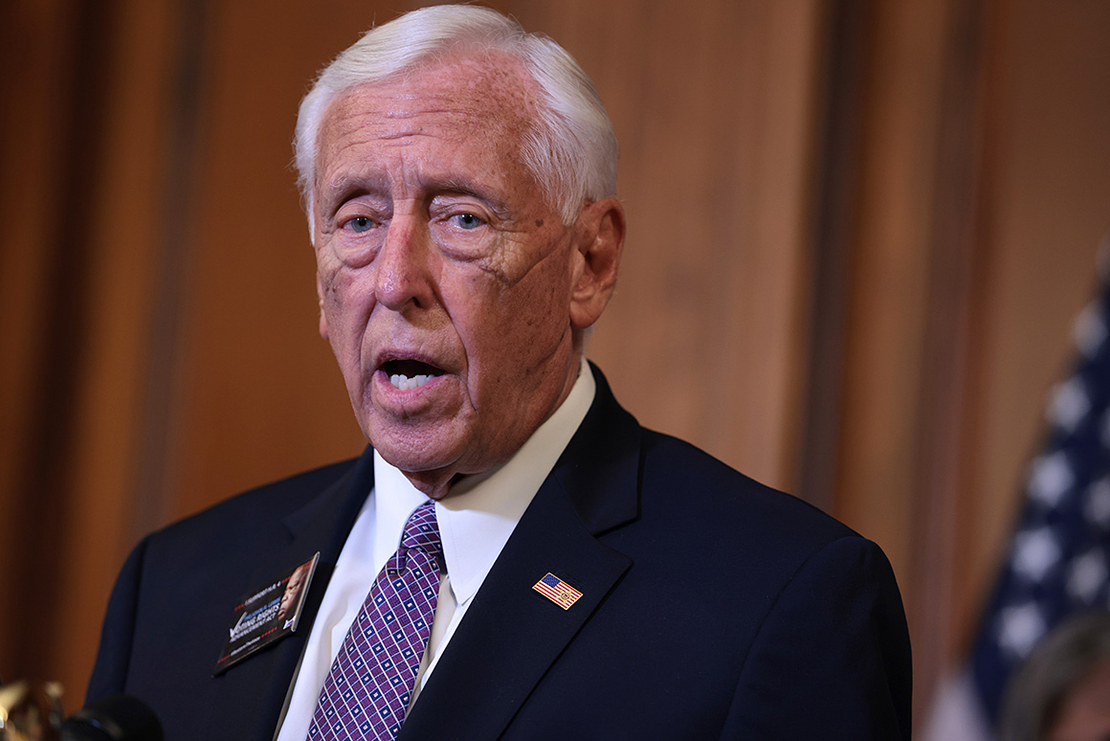 The legislation aims to avert a federal shutdown next week when the new fiscal year begins by level-funding agencies through Dec. 3. It would also avert an unprecedented default on the nation’s borrowing authority by suspending the debt ceiling through 2022.

“We expect to pass the [continuing resolution] with the debt limit in it” later today, Majority Leader Steny Hoyer (D-Md.) said this morning. He acknowledged the Senate might send the bill back to the House with changes.

Indeed, Senate Republicans have already said they will block the legislation because they don’t want to contribute to increasing the nation’s $28.5 trillion debt ceiling. GOP lawmakers have said they would support a “clean” CR without the debt provision.

Hoyer said if that happens, Democrats will have to make a “determination” on their next move. In the meantime, both parties continue to swipe at one another over who would be to blame for a debt crisis or a federal shutdown.

Beyond the stopgap and debt provisions, the legislation also would provide billions of dollars in emergency spending for natural disasters, including Hurricanes Ida, Delta, Zeta and Laura; wildfires; severe droughts; and winter storms.

The $28.6 billion proposed for disaster aid is about double the amount initially proposed by the White House earlier this month, in the wake of Ida. The spending includes:

Democrats hope including the disaster aid will help win support from GOP lawmakers in states hard hit by natural disasters. But Sen. John Kennedy (R-La.), whose state bore the brunt of Hurricane Ida, said while he’s likely to back the bill, it’s unlikely nine other senators will join him and beat back an expected Senate filibuster.

The legislation also contains short-term extensions of a host of programs expiring at the end of the fiscal year, including the federal flood insurance program, according to a summary.

The package, however, does not include an extension of surface transportation programs that also expire at the end of the month. Democrats are instead betting they will pass a bipartisan Senate infrastructure bill by Oct. 1 that would renew those programs with fresh funding.