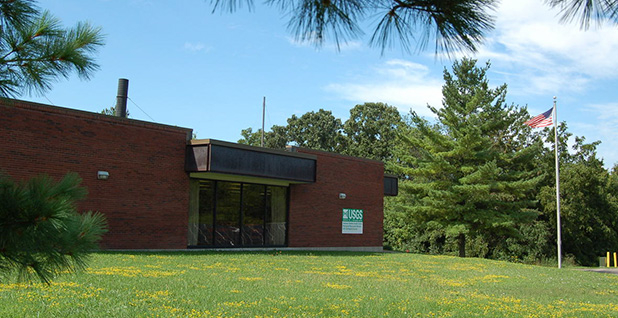 With scientists still not sure precisely how the novel coronavirus made the lethal leap from animal to man, the Wisconsin-based National Wildlife Health Center would get several pointed new directives as part of the 1,815-page package.

The bill would direct the center to "establish and maintain a national database of wildlife disease, including diseases that cause a human health risk."

The center would also "develop, validate, and deploy diagnostic tests" for wildlife diseases and "develop strategies to mitigate the threat" posed by the diseases.

"If the federal government does not meet this unprecedented crisis with a historic, dramatic response, we risk losing even more lives to this pandemic and undermining [the] recovery," said Rep. Nita Lowey (D-N.Y.), the chairwoman of the House Appropriations Committee.

Aside from the funding, the legislation would amend the Lacey Act to allow the listing of species that pose a risk to human health as "injurious," regulating their shipment.

It would also allow for emergency listings and limiting the transport of injurious species across state lines to limit the spread of viruses, a Democratic summary states.

The prospects for the overall bill and for its many constituent elements remain uncertain. The package is scheduled to pass the Democratic-controlled House on Friday, after which it will face considerably more skepticism in the Republican-controlled Senate.

The only national entity dedicated to wildlife disease detection, control and prevention, the National Wildlife Health Center has a staff of about 70 scientists and support personnel in Wisconsin and at a Hawaii field station. It knows wildlife can be both victim and vector.

"The majority of all novel, emerging, or reemerging diseases affecting humans have originated in wildlife," the center’s website notes.

What was initially called the National Fish and Wildlife Laboratory opened in 1975 on the Madison campus of the University of Wisconsin, prompted in large part by the death in January 1973 of more than 40% of the 100,000 mallards wintering at the Lake Andes National Wildlife Refuge in South Dakota.

Since then, the researchers have tangled with avian cholera, tracked the decimation of wildlife by the 1989 Exxon Valdez oil spill and revealed the extent of lead poisoning in waterfowl.

"In the 1980’s the National Wildlife Health Center conducted a widespread study of more than 8,000 waterfowl in geographically distant sites throughout the U.S. that confirmed a lead poisoning level of between 2 and 3 percent nationwide," the center’s website recounts.

The study "provided the data needed to implement laws prohibiting the use of toxic lead shot in the U.S., saving dozens of bald eagles from lead poisoning," according to the center.

Recent work has focused on the likes of chronic wasting disease, avian influenza and white-nose syndrome in bats.