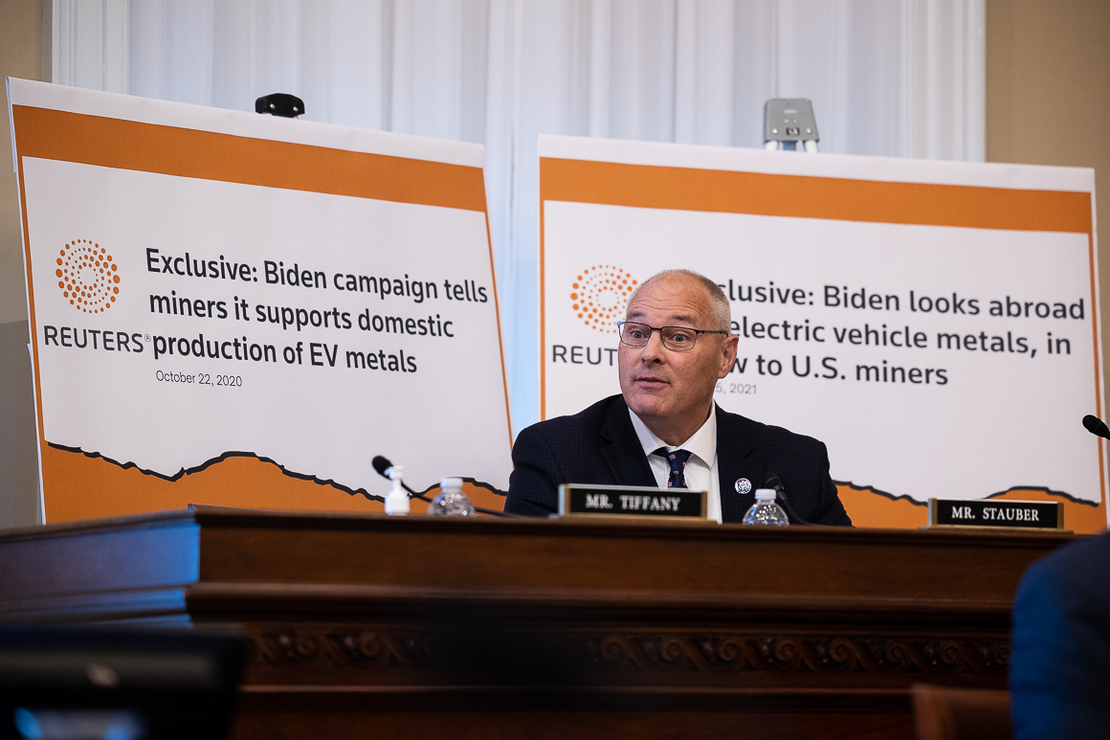 A senior House Natural Resources Committee Republican offered an early preview Monday of how the GOP will seek to overhaul the permitting process for energy projects with its new House majority.

While the approach, which deals with the hardrock mining industry, is one that’s sure to galvanize Republicans, it isn’t likely to attract the bipartisan coalition necessary for passage in the Democratic-controlled Senate.

That won’t deter Rep. Pete Stauber of Minnesota, incoming chair of the Subcommittee on Energy and Mineral Resources, who is looking to forge ahead with a legislative agenda that mirrors the party’s larger willingness to revisit the National Environmental Policy Act — a sacrosanct law to most Democrats — and cut regulations in the pursuit of U.S. energy independence and dominance.

The first bill Stauber has introduced in the 118th Congress is the “Permitting for Mining Needs Act,” which is designed to increase domestic production of critical minerals necessary for meeting defense, technology and clean energy needs in the United States.

Stauber told E&E News in an interview that he views it as either a stand-alone bill that could move through the Natural Resources Committee or one that could become a part of a larger permitting reform package the committee’s chair, Rep. Bruce Westerman (R-Ark.), has pledged to make a priority.

“This is important,” Stauber said of his legislation. “America needs this to become critical mineral dominant again.”

It would prohibit lawsuits against permitting decisions more than 120 days after such a decision has been made and would designate a lead federal agency to review applications and grant approvals.

Crucially, the legislation also would allow an individual to pursue hardrock mining activities “with or without the discovery of a valuable mineral deposit” beforehand — a distinction critics like Aaron Mintzes, senior policy counsel or Earthworks, said would create “Wild West claim-staking,” opening up vast swaths of land to indiscriminate disruption.

This distinction is significant for Stauber, for whom this bill fills a parochial need beyond simply bolstering the larger party platform: His district is home to the Boundary Waters Canoe Area Wilderness, around where Twin Metals has for years been engaged in legal battles with environmentalists to mine for copper and nickel.

The “Permitting for Mining Needs Act” would, in fact, be nicknamed the “PERMIT-MN Act,” a nod to Stauber’s home state.

The legislation benefits from a system that’s been in place ever since passage of the General Mining Act of 1872. Under this law, companies seeking to do specific hardrock mining activities in the Intermountain West only need to make claims and payments for their desired land. They do not need to secure a lease beforehand, as is the case for non-hardrock mining.

In Minnesota, where mining activities are subject to leasing, Stauber’s legislative proposal could create new workarounds for Twin Metals to proceed with its ambitions.

“We have tremendous mineral wealth across this nation, and it’s simply unacceptable that, in one case in northern Minnesota, they are pushing 20 years for permitting, yet in the same watershed, in the country of Canada, they permit a mine within three years,” Stauber said, referring to the Boundary Waters.

He is also quick to argue that it’s imperative for the United States to promote domestic critical mineral mining as a means discourage the business relationship with the Democratic Republic of Congo, where cobalt is frequently mined using child labor.

“I think we all can agree to allow an [environmental impact study] to go forward [that] lets the facts, the truth and the science dictate a project,” said Stauber. “The radical, anti-jobs, anti-mining groups sue at every turn. If they support the transition to alternative sources of energy — for instance, solar and EVs — they have to look at my legislation, and other legislation that comes out of our Natural Resources Committee. They know, with 100 percent certainty, that 75 percent of cobalt is mined by slave labor. That is immoral.”

Even amid bipartisan interest in tackling broader permitting reform — inspired by Senate Energy and Natural Resources Chair Joe Manchin (D-W.Va.), who convinced his party leadership to endorse the push as a condition of his supporting the Inflation Reduction Act — overhauling mining laws more narrowly has been a consistently insurmountable task.

Democrats last year tried to take their own approach to revising the General Mining Act of 1872. Rep. Raúl Grijalva (D-Ariz.), then chair of the House Natural Resources Committee, and Sen. Martin Heinrich (D-N.M.) were pushing for the “Clean Energy Minerals Reform Act.” The proposal would have brought all hardrock mining activities under a leasing system and created a first-ever hardrock mining royalty.

Consideration of the Grijalva-Heinrich framework in the House was ultimately derailed amid concerns even among Democrats about the dangers of putting guardrails on an industry that’s so sorely needed to help with the advent of a clean energy economy.

Still, Democrats have largely rallied around the need to establish a royalty system for mining activities, and Stauber last night declared that “royalties are dead.” It’s not clear whether the two parties will be able to overcome that difference.

In a statement, Grijalva — who will be the ranking member of the Natural Resources Committee this year — said that while there is “no question that our 150-year-old mining laws need reform,” Stauber’s proposal “isn’t even an honest attempt.”

Grijalva continued, “the mining industry uses up our public lands, ignores tribes’ concerns, spills their toxic waste into our communities and waterways, and leaves their messes for the rest of us to clean up … the Republicans’ bill does nothing to solve any of these problems and instead just makes it easier for industry to do more of the same, inevitably ending in more destruction and more lawsuits.”

Mintzes said there are “minor” opportunities for Democrats and Republicans to find compromise on small-scale mining reforms in this Congress — for instance, directing excess claim maintenance fees toward hardrock abandoned mine lands, or legislation to make it easier to volunteer to participate in hardrock mine cleanup.

But Rep. Mark Amodei (R-Nev.), who has sought to engage colleagues on mining overhaul efforts in the past, said he is pessimistic that anything truly ambitious could survive the Senate gantlet.

“Mining law reform for minerals — if you scrub out all that political demagoguery, there’s room to run in there and do the right thing for the resource, for the country, and all that stuff,” he said. “But the problem is, nobody can resist sticking in the knife and twisting it.”