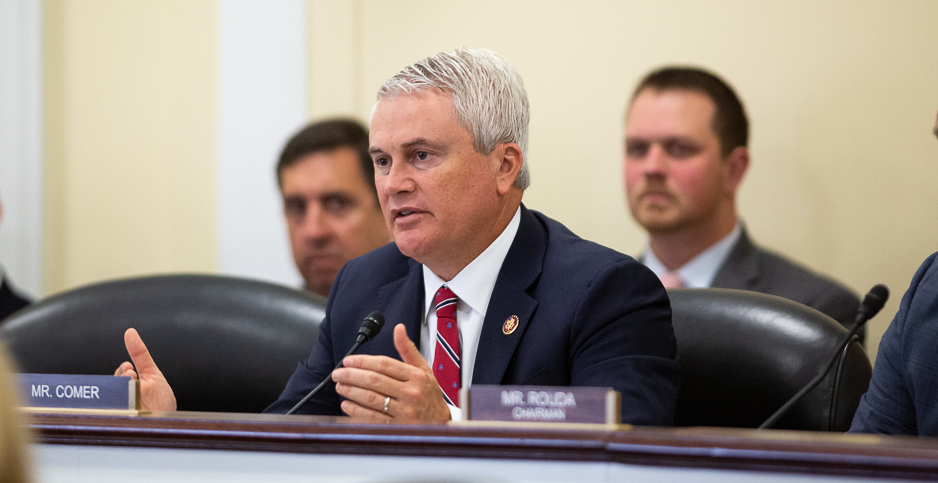 House Oversight and Reform Committee Republicans are questioning EPA’s decision to ban the use of chlorpyrifos on food.

In a letter to EPA Administrator Michael Regan, ranking member James Comer (R-Ky.) and Environment Subcommittee ranking member Ralph Norman (R-S.C.) say that the decision will have “drastic economic consequences, including a major impact on the U.S. food supply chain."

The Republicans asked EPA in their letter to turn over documents related to the agency’s decision to ban food applications of the pesticide, which has been linked to serious brain damage.

EPA moved in August to ban chlorpyrifos for food crops, an action celebrated by environmental health and worker groups as one that would protect farmworkers from a chemical that endangers their health (E&E News PM, Aug. 18).

But Comer and Norman said EPA’s decision merely “leveraged a Ninth Circuit ruling to ban a product to appease liberal activists without considering the impacts on the agricultural community."

The pair says EPA has had an “inconsistent” view of chlorpyrifos, citing a decision released by the Trump administration in December 2020 that concluded agricultural uses of the pesticide did not pose a risk of concern. That was a reversal of steps taken by the Obama administration to crack down on the pesticide, including a 2015 proposed ban.

All of the regulatory back-and-forth has affected business, with the pesticide’s once-biggest manufacturer, Corteva Agriscience, announcing it would cease making chlorpyrifos last year after California banned it. Banning the pesticide on food crops would further eliminate 90 percent of its uses.

“As you are aware, over 30 subsets of the U.S. agricultural industry, including retailers, applicators, manufacturers, processors, cooperatives, and crop consultants, have raised serious economic hardship concerns with EPA regarding this action,” wrote the lawmakers.