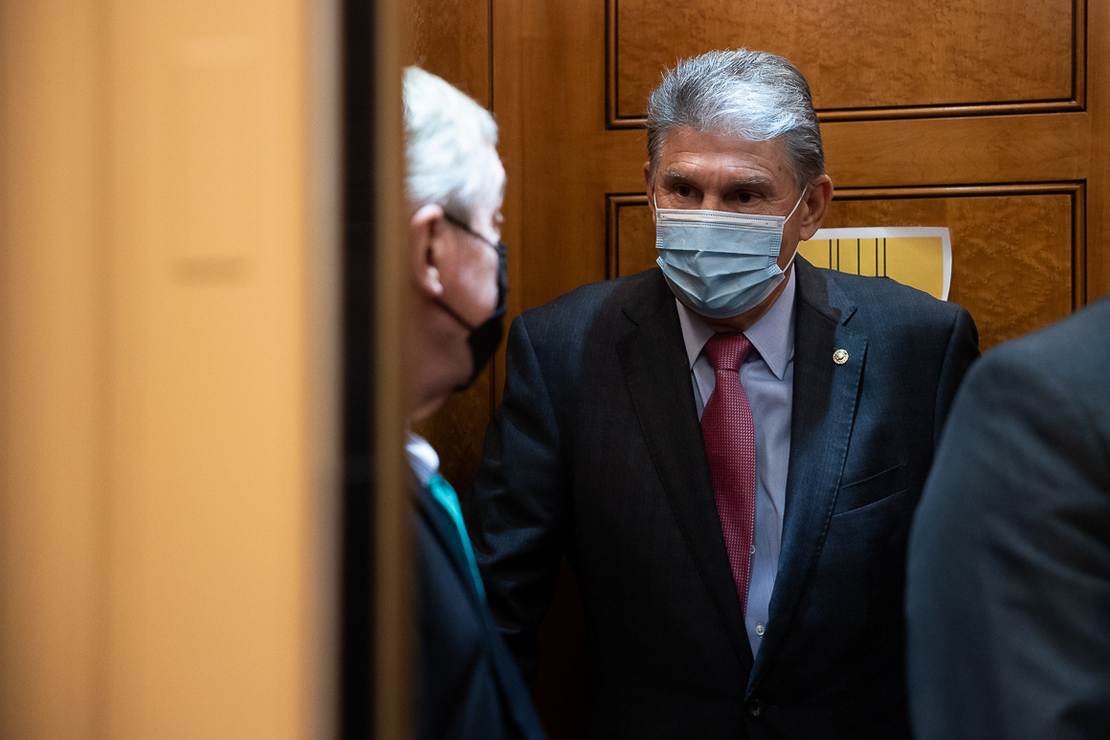 The House Budget Committee will vote on a version of the partisan $3.5 trillion reconciliation bill Saturday in hopes of mollifying competing Democratic factions and quickly reaching a deal with the Senate, but climate remains a major sticking point in negotiations.

The markup will be a key step in getting a reconciliation package to the floor, underscoring resolve from House Speaker Nancy Pelosi (D-Calif.) to come to an agreement ahead of a scheduled vote Monday on the separate bipartisan infrastructure bill.

But significant hurdles remain when it comes to policy specifics, pay-fors and the ongoing political spat between Democratic moderates and progressives that is still threatening to derail the process.

As talks drag on, Democrats are no closer to solving their climate problem, namely that Senate Energy and Natural Resources Chair Joe Manchin (D-W.Va.) appears to oppose the Clean Electricity Payment Program (CEPP) — their central proposal to slash greenhouse gas emissions. The party is also still sorting through the details of a potential price on carbon, a policy some advocates once thought was dead, with Senate tax writers pushing hard to include the policy as a pay-for (E&E Daily, Sept. 16).

Manchin yesterday again raised concerns about the CEPP, a version of a clean electricity standard that would offer grants to utilities that hit clean energy deployment targets each year.

“Why would we be paying utilities for what they’re already doing?” Manchin asked reporters.

Asked whether he could support any version of the CEPP, Manchin said he’s focused on “working on the grid.” Democrats, Manchin added, should “be realistic” that climate change is global and that greenhouse gas emissions do not only come from the United States.

Manchin has been in talks with President Biden and Democratic leadership about the program, which falls under his committee’s jurisdiction, including during his meeting at the White House this week. “We’re in a different place on that but not to a place where it’s confrontational at all,” he said when asked about climate following his huddle with Biden on Wednesday (E&E Daily, Sept. 23).

Divides on climate, as well as on health care issues and top-line spending, mean the Senate remains days, if not weeks, away from a reconciliation package that could get support from all 50 Democrats.

Sen. Brian Schatz (D-Hawaii) said it would be “challenging” to come up with a final product before Monday’s House vote on the infrastructure bill. Progressives are threatening to vote down the bipartisan measure unless the Senate sends over its reconciliation bill first (E&E Daily, Sept. 22). Democrats still have a “long list” of climate proposals to work out agreement on, Schatz said.

“We have to manage expectations,” Schatz told reporters. “This stuff’s hard, and negotiations have begun in earnest, and we’ll get there.”

The House Budget markup is an attempt to show those negotiations are moving along, as leadership looks to rein in the feud between moderates and progressives.

The committee will be considering a bill that represents the various pieces of draft legislation passed by the relevant House panels earlier this month, scrubbed of any provisions that staff determined would not be compatible with the parliamentary rules governing the reconciliation process in the Senate.

Per the Budget panel’s rules, lawmakers will not be able to offer amendments or make any substantive changes. Instead, members may offer nonbinding “motions to instruct,” a symbolic way to take certain policy stances.

The markup is essentially a procedural step that will allow the House to quickly vote on any deal that Democratic leaders strike with the Senate. If there is an agreement on new provisions or a lower top-line number, a “manager’s amendment” could be introduced late that would change the text of the underlying bill.

“Or,” Yarmuth said, “once the House passes it, it could be something the Senate changes when it comes back to us. I think realistically, now we expect that we will get the bill back at some point from the Senate.”

Yarmuth’s suggestion that the House would have to vote a second time on the reconciliation package is a scenario Democratic leaders on both sides of Capitol Hill had been hoping to avoid, working feverishly to “pre-conference” major sticking points.

Pelosi is trying to give progressives a vote on the reconciliation bill Monday alongside the $1 trillion bipartisan infrastructure measure passed by the Senate this summer. But there’s also hope that either moderates agree to move the Monday date for passing the bipartisan bill or that progressives resign themselves to voting on the bipartisan bill first with an understanding that passing the reconciliation bill would follow just a few days behind.

“The speaker wants to move as quickly as possible to try and get the two measures voted on in close proximity,” Yarmuth said yesterday, adding he expected the House would be voting on some version of the reconciliation bill “next week.”

Whether Democrats can get to a final product by then will depend heavily on talks between the two tax-writing committees.

Senate Majority Leader Chuck Schumer (D-N.Y.) said yesterday the White House and top Democrats had agreed to a “framework” of how to pay for the reconciliation package, surprising several of the senators involved in negotiations (Greenwire, Sept. 23).

Schumer declined to divulge details about the framework, which he described as a memo. He indicated that it consisted of options agreed to by House Ways and Means Chair Richard Neal (D-Mass.) and Senate Finance Chair Ron Wyden (D-Ore.).

Both chairmen said this week that repealing domestic fossil fuel tax breaks is under discussion as well, but the pair is still at odds over key clean energy and climate proposals.

“There were a couple of things that Neal and Wyden didn’t agree on, and they’re going to try to put their heads together,” Schumer said.

For one thing, Neal’s reconciliation package is silent on carbon pricing, while Wyden is talking it up as a pay-for and a climate policy to complement his clean energy tax plan.

“I was tasked by Sen. Schumer to look specifically at carbon pricing,” Wyden told reporters yesterday. “We’ve got a lot of senators who care deeply about it. We’ve been having those discussions.”

It’s unclear whether a price on carbon would ultimately run afoul of Biden’s pledge not to raise taxes on Americans making less than $400,000 a year. But Wyden said that promise is central to the discussion about carbon pricing. While he declined to get into specifics, the Oregon Democrat suggested he was looking at a fee and dividend model.

“What you always see is middle-class people — because they know that a carbon tax will involve a transition — want to know specifically how they’re going to fare in terms of their budget,” Wyden said. “And that means you’ve got to make them whole with the proceeds.”

Neal was less enthusiastic yesterday, though he did not rule it out as an option. “The Senate raised those issues, but at the moment we have not seen anything,” Neal told reporters when asked about carbon pricing.

The European Union is already on its way to imposing its own carbon border adjustment mechanism (CBAM), and climate advocates have long called for the United States to enact a similar tariff on carbon-intensive imports. Sen. Sheldon Whitehouse (D-R.I.) said Democrats are waiting for a signal from Biden.

“The White House has not yet defined what it wants by way of a carbon border adjustment,” Whitehouse, a member of the Finance Committee, told E&E News. “Is it keyed to CBAM? Is it keyed to a carbon price? Is it keyed to energy intensity, and if so, how do you do that?

“So, huge TBD next to that one,” Whitehouse added.