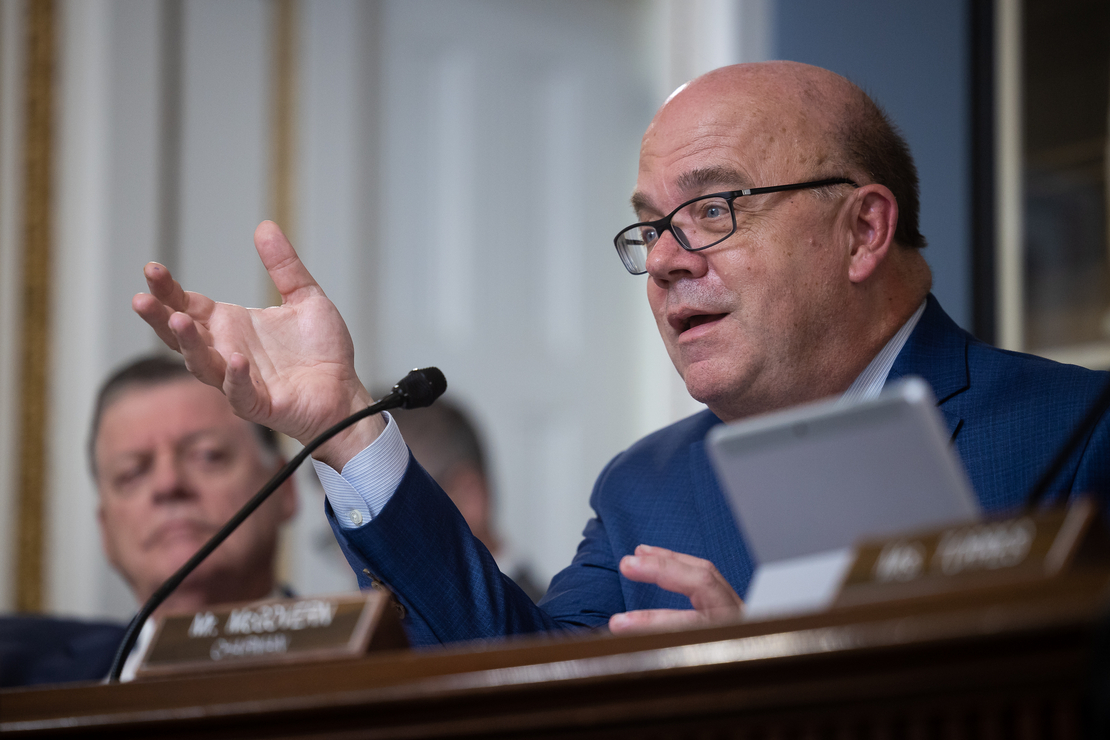 House Democrats today began the process of getting their climate and social spending bill to the floor, inching the landmark legislation one step closer to becoming law.

The Rules Committee this afternoon is considering the “Inflation Reduction Act,” the party-line reconciliation package that contains $369 billion in climate and clean energy investments.

The panel must set the guidelines for amendment and debate before a bill can move to the House floor. It’s likely to finish up later in the day, and the House is expected to vote on the bill Friday.

The Rules hearing — led by Chair Jim McGovern (D-Mass.) and ranking member Tom Cole (R-Okla.) — begins the final push for Democrats for what would be the largest climate package ever to pass Congress, a monumental investment in clean energy after decades of failures to pass climate policy.

The legislation would make the United States “leaders in the effort to combat climate change, and that’s something I think we can all take a great deal of pride in,” House Budget Chair John Yarmuth (D-Ky.) said during the Rules meeting.

Debate this afternoon offered a window into the arguments both parties will make on the floor.

Republicans blasted the measure across the board, from its health care and tax policies to the climate provisions. They said it would fuel inflation and raise energy prices.

“If the Green New Deal and corporate welfare had a baby, it would look like this,” House Ways and Means ranking member Kevin Brady (R-Texas) said during the meeting.

GOP lawmakers have proposed dozens of amendments to strip various items out of the package, including the methane fee and the $27 billion Greenhouse Gas Reduction Fund.

Democrats, on the other hand, have not proposed any amendments.

They’re looking to keep the deal — negotiated by Sen. Joe Manchin (D-W.Va.) and Senate Majority Leader Chuck Schumer (D-N.Y.) and passed by the Senate over the weekend — intact to get it to President Joe Biden’s desk before leaving town for the rest of August.

The House could consider the package under a closed rule, which would effectively halt any effort to make changes on the floor.

Additions or tweaks would mean the legislation would be sent back to the Senate, where it would have to undergo another marathon amendment session known as a “vote-a-rama.”